Warning from countries which back Haftar comes as Ankara prepares to send troops to support UN-recognised government. 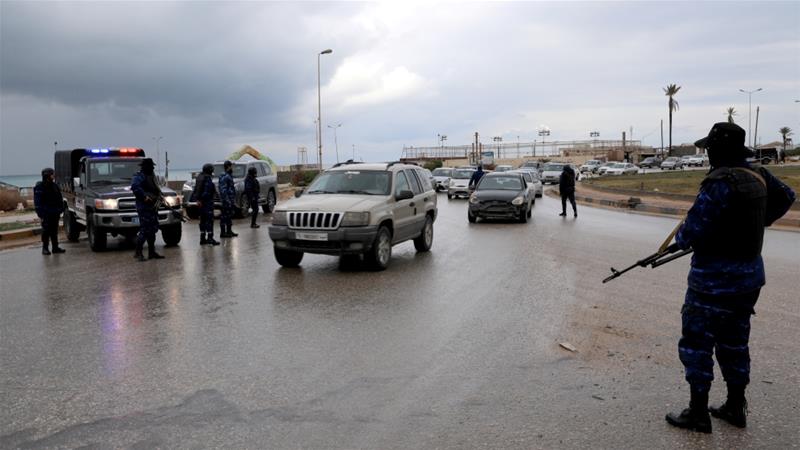 France and Egypt, which back forces loyal to a renegade military commander in Libya, have called for “the greatest restraint” by Libyan and international authorities to avoid escalating the conflict there, according to French President Emmanuel Macron’s office.

Macron held talks late on Sunday with his Egyptian counterpart Abdel Fattah el–Sisi, his office said on Monday, in which both agreed that warring Libyan powers need to negotiate a political solution under the auspices of the United Nations.

The warning came as the Turkish government prepared to submit a motion to parliament later on Monday allowing the deployment of Turkish forces to the conflict-torn country. A vote could take place as early as Thursday.

The main opposition Republican Peoples’ Party, or CHP, said on Monday that sending troops would embroil Turkey in another conflict and make it a party to the “shedding of Muslim blood”.

Although the details concerning the possible deployment have not been revealed, CHP legislators made clear they would vote against it.

“We don’t want this terrible picture that unfolded in Syria to unfold in yet another country,” Unal Cevikoz, the CHP’s deputy chairman, told reporters after a meeting with Foreign Minister Mevlut Cavusoglu.

“We will never accept Turkey to be a part of the proxy war in Libya and, by siding with one of the sides of the conflict, for it to be a cause of the shedding of Muslim blood,” Cevikoz said.

Cevikoz said Turkey must instead “give priority to a diplomatic solution” in Libya.

However, Erdogan’s governing party is in an alliance with a nationalist party, and together the two have sufficient votes to pass the deployment motion.

Foreign Minister Cavusoglu also held talks with the opposition Iyi Party to seek support for the motion. That party has not made up its mind, he said.

Erdogan said last week that the government of Libyan Prime Minister Fayez Sarraj in Tripoli “invited” Turkey to send troops after the two recently signed a military cooperation agreement. Ankara and Tripoli have also signed a maritime deal. Both agreements were met with criticism across the region and beyond.

Ankara has already sent military supplies to the GNA despite a UN embargo, according to a UN report, and has said it will continue to support the GNA.

Sarraj’s administration has faced an offensive since April by the rival government based in eastern Libya and forces loyal to renegade military commander Khalifa Haftar, who is trying to take Tripoli.

The fighting around Tripoli escalated in recent weeks after Haftar declared a “final” and decisive battle for the capital.

Haftar is backed by the United Arab Emirates and Egypt, as well as France and Russia, while the Tripoli-based government receives aid from Turkey and Italy.