Andrew Neil says he 'will not broadcast hate' on GB News

The veteran broadcaster has been hit by an online campaign from social media users, who are urging sponsors to cancel their association with the channel. GB News is set to launch later this year and will seek to challenge traditional news channels like the BBC and Sky News. But Twitter users have been hitting back at the “Foxification” of the British media, in reference to the partisan US news network.

Mr Neil appeared on Good Morning Britain on Tuesday to insist there “will be no hate” on his channel, adding it is the “woke group” that is enforcing a cancel culture.

Following his interview, one social media user tweeted: “The ‘woke group’ definition of which is alert to injustice.

“So does that mean his news channel is for those who aren’t?! Well who’d have thought that?”

But Mr Neil hit back: “The original definition of woke is out of date. 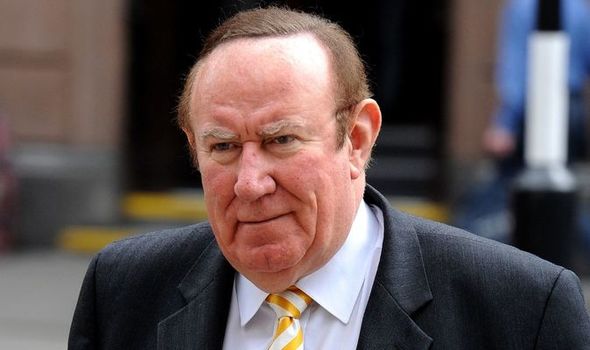 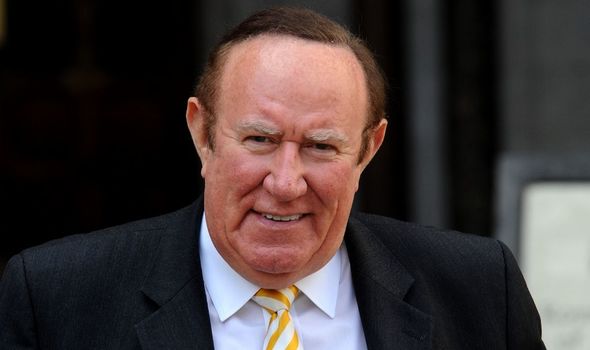 “As a ‘concern for social justice’, nobody could object.

“But it has morphed into a cancel culture that seeks not just to disagree but to close down ideas and people with which it disagrees. Insidious.”

The veteran broadcaster also received support from right-wing political commentator Darren Grimes, who tweeted: “The reaction to GB News is similar to the response to Brexit.

“This idea that plebs don’t know what’s right for them, we need our liberal betters to tell us what is good news to consume or what to vote for! 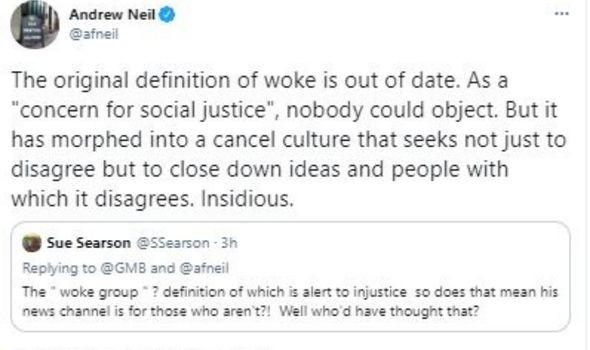 “Perhaps that’s why they so clearly fear GB News being a hit from the off?!”

Speaking on Good Morning Britain, Mr Neil said: “It’s slightly bizarre and I think it is good for publicity in some ways, but it’s also bizarre to boycott a channel that has not broadcast a second of footage.

“I have been broadcasting for 40 years and I have never indulged in hate. There will be no hate.

“I find it rather hateful that they think we would go down the road of hate. 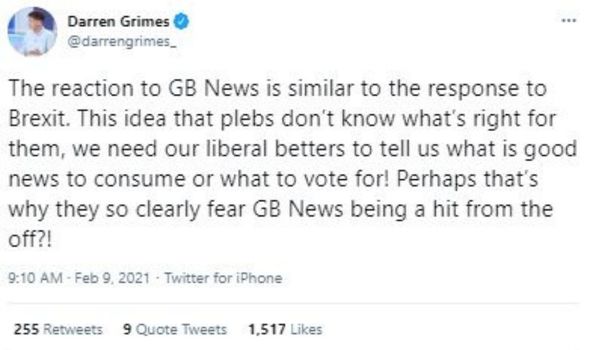 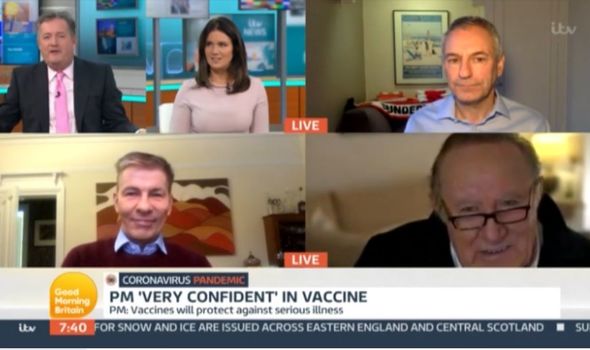 “But there is a particular strand of opinion now around this woke group that says it is not enough to say I disagree with you. I need to stop what you’re doing.”

At the weekend, Mr Neil hit back at social media users who urged companies not to advertise on GB News.

He tweeted: “The woke warriors trying to stir up an advertising boycott of GB News, a channel that hasn’t even started broadcasting, are hilarious.

“Even funnier is their threat to cancel mobile phone contracts of operators who dare to advertise on GB News.

“I mean have they ever tried to cancel a mobile contract?!

“But GB News will be ready to help.

“We will campaign for easier cancellation.”

The broadcaster has promised to serve the “vast number of British people who feel underserved and unheard” by the current news outlets.

But left-wing critics have been quick to compare the planned new channel to Fox News in the US, who’s coverage is Conservative in outlook.

However, GB News will be regulated by Ofcom and required to abide by impartiality rules, and has already raised £60million in funding with a launch date expected in the next few months.

WW3 PREPARATION: How Britons were told to ‘SEEK REFUGE’ during SHOCK nuclear warning

Coronavirus lockdown poll: Do you agree with the tier your area has been placed in?