BBC Breakfast’s Charlie Stayt joked Housing Minister Robert Jenrick’s Union Jack was “just a little bit small”. The Minister had chosen to be interviewed with the British flag, along with a portrait of the Queen, in the background.

Some left-wing activists on social media have criticised Government ministers for increasingly being interviewed in front of the national flag.

However referring to the ‘British’ in BBC Mr Neil tweeted: “Sometimes the BBC forgets what the first B stands for.”

After he’d finished interviewing Mr Jenrick by video feed Mr Stayt commented: “I think your flag is not up to standard size, Government interview measurements. 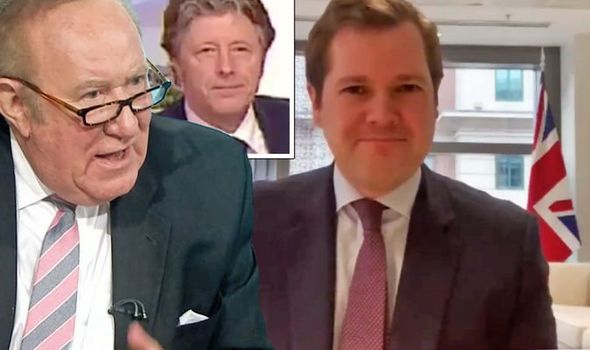 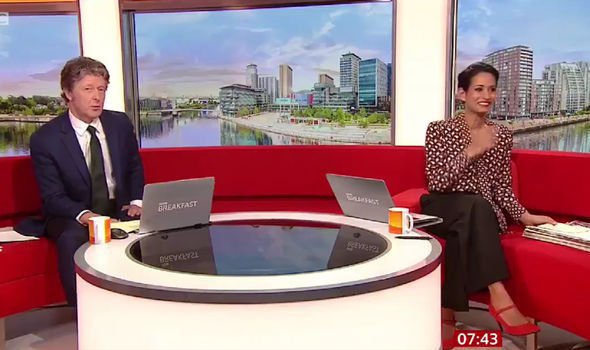 “I think it’s just a little bit small, but that’s your department really.”

The remark sparked laughter from Naga Munchetty, Mr Stayt’s co-host, who at one point put her hands over her mouth. 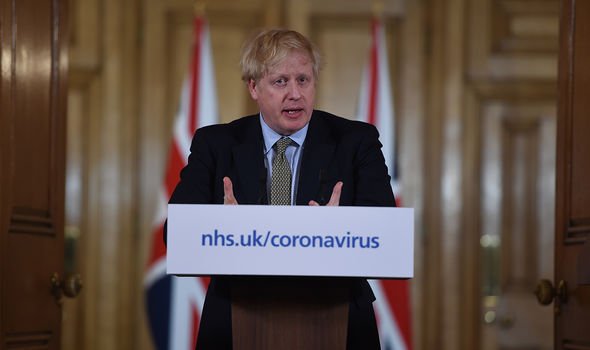 “They had the picture of the Queen though. In the Westminster office, I’m assuming.”

It came on the same day the BBC announced it is moving major departments outside London to reduce its focus on the capital.

This includes the BBC Technology team moving to Glasgow whilst BBC Two’s Newsnight gets broadcast from different locations across the UK.

Tim Davie, the corporation’s director general, said: “Our mission must be to deliver for the whole of the UK and ensure every household gets value from the BBC. 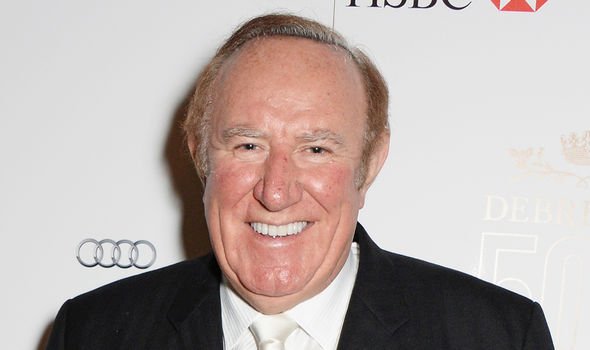 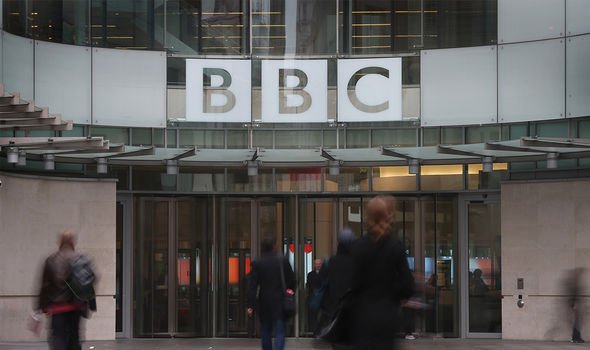 “These plans will get us closer to audiences, create jobs and investment, and develop and nurture new talent.

“Now, as we look to the future, we must play our part in supporting social and economic recovery; rebuilding the creative sector and telling the stories that need to be heard from all corners of the UK.”

One commented: “It doesn’t forget it. It actively loathes it.”

Another added: “Just a reminder of how out of touch some BBC presenters are with so many of their viewers.”

However some did come to Mr Stayt’s defence with one posting: “I am 67.

“For all but one of these years the Union has survived Government ministers addressing the nation without a Union Flag positioned behind them. 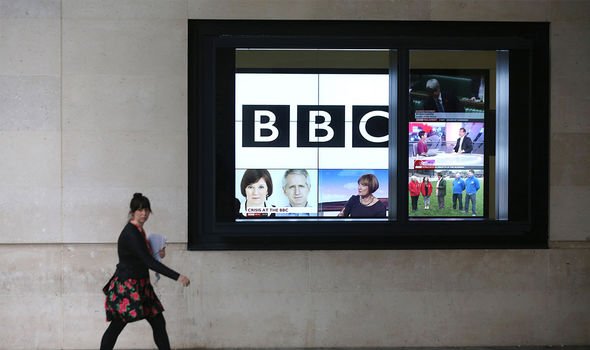 “This new habit speaks of national insecurity not confidence.

“Gentle mockery of it is entirely appropriate.”

Last year the campaign group Defund the BBC was launched, which is calling for non-payment of the licence fee to be decriminalised.