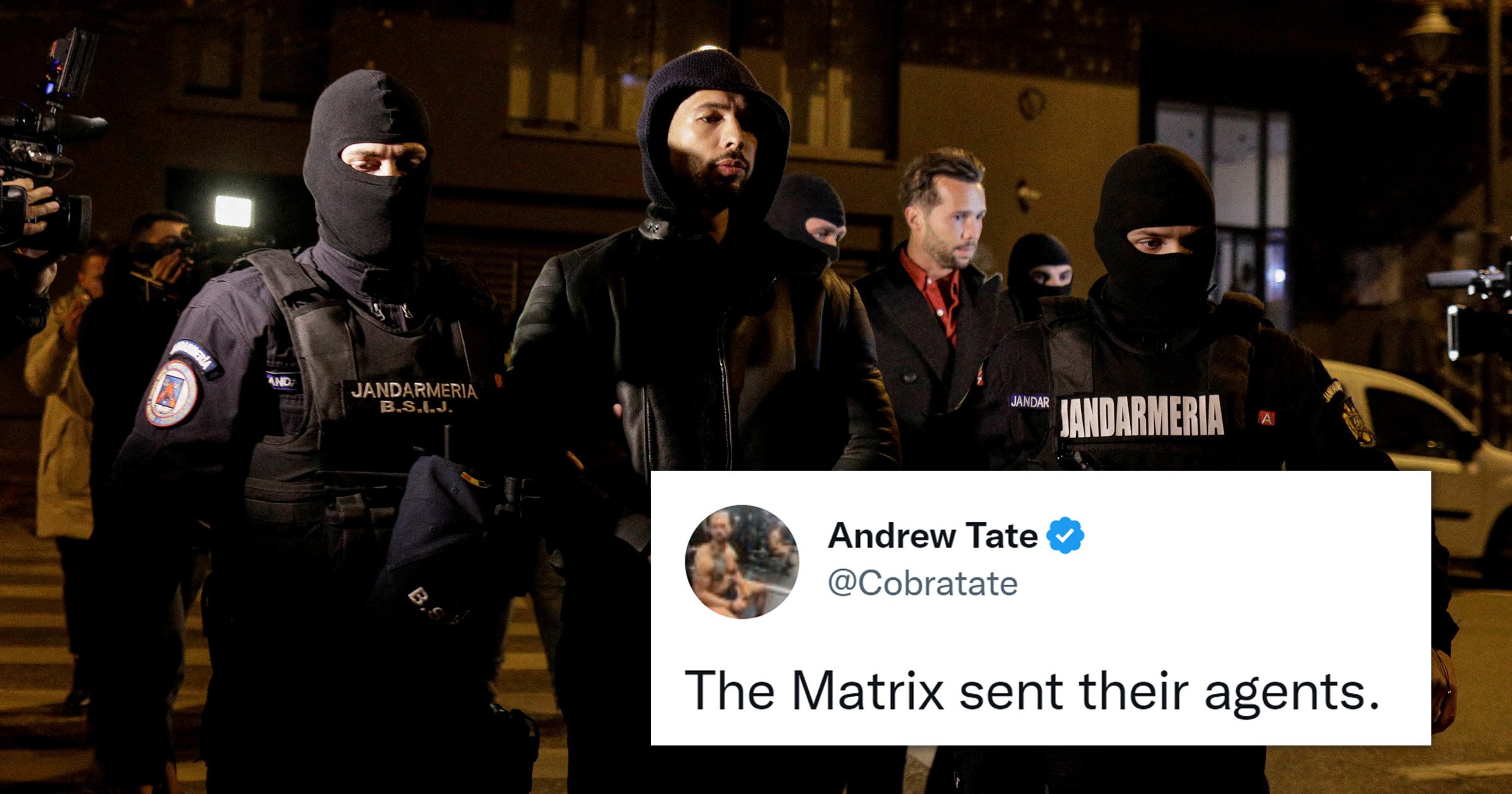 Andrew Tate has broken his silence after being arrested in Romania on suspicion of human trafficking, rape and forming an organised crime group.

This morning, the misogynistic motormouth tweeted: ‘The Matrix sent their agents.’

The video was posted some 10 hours after Thunberg called Tate out for the ‘small d**k energy’ of baiting her with a tweet about his gas-guzzling car collection.

Yesterday evening, however, a handcuffed Tate was filmed being led from his luxury Bucharest villa by police following a raid.

His younger brother, Tristan, 34, was also arrested alongside two other Romanian nationals.

Both are under investigation by the Directorate for Investigating Organised Crime and Terrorism (DIICOT).

As he was walked away by officers, Tate shouted ‘the Matrix has attacked me’ to cameras at the scene.

Prosecutors said the Tate brothers along with two others ‘appear to have created an organised crime group with the purpose of recruiting, housing and exploiting women by forcing them to create pornographic content’.

‘They would have gained important sums of money.’

The concept of a simulated world in the science fiction movie The Matrix has been adopted by many far-right conspiratorial and men’s rights groups.

Some members feel that their hateful views show they have taken the ‘red pill’ – which in the film revealed the truth of the artificial world to the protagonist.

Tate has long referred to those in power in politics, the press and in big tech as being in ‘the Matrix’.

‘The Matrix offered me money to sell my soul and aid the devil,’ he tweeted on December 14.

‘I refused,’ Tate said, adding: ‘Soon they will try and kill me.’

WEEK OF RECKONING: May to unveil CRUNCH votes including no deal and CANCELLING Brexit