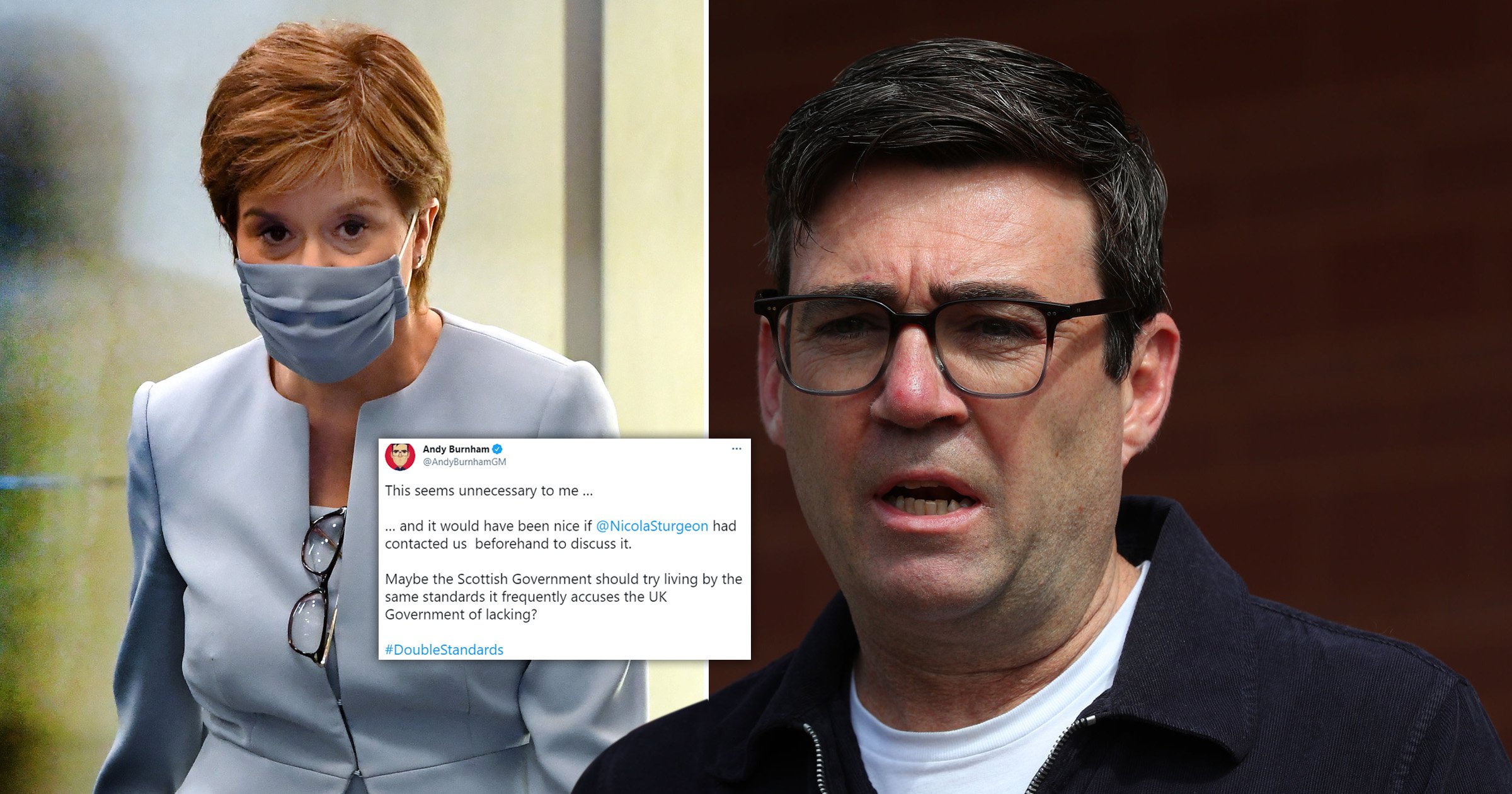 Andy Burnham has demanded the Scottish government offers compensation to people affected by an ‘unnecessary’ travel ban to Manchester and Salford.

The Greater Manchester Mayor called out First Minister Nicola Sturgeon on Twitter, saying ‘it would have been nice’ if she ‘had contacted us beforehand to discuss it.’

Mr Burnham, dubbed the ‘King of the North’, also accused Ms Sturgeon of ‘double standards’, adding: ‘Maybe the Scottish Government should try living by the same standards it frequently accuses the UK Government of lacking?’

He questioned whether residents whose trips have been cancelled and businesses who have lost bookings would be refunded.

The Labour politician, who has hinted at running for the party leadership, added: ‘Any national leader announcing a travel ban on us is a big deal.’

In response to one person asking why Ms Sturgeon should have to notify him of Scotland’s plans, Mr Burnham said: ‘Because a travel ban affects people here too and we should at least have a chance to discuss it before it is imposed.’

Ms Sturgeon has yet to respond to Mr Burnham on Twitter.

The travel ban from Scotland to Manchester and Salford was announced on Friday due to a spike in the coronavirus cases.

The First Minister said her government needed to ‘buy ourselves sufficient time’ to allow the vaccination programme to continue its work.