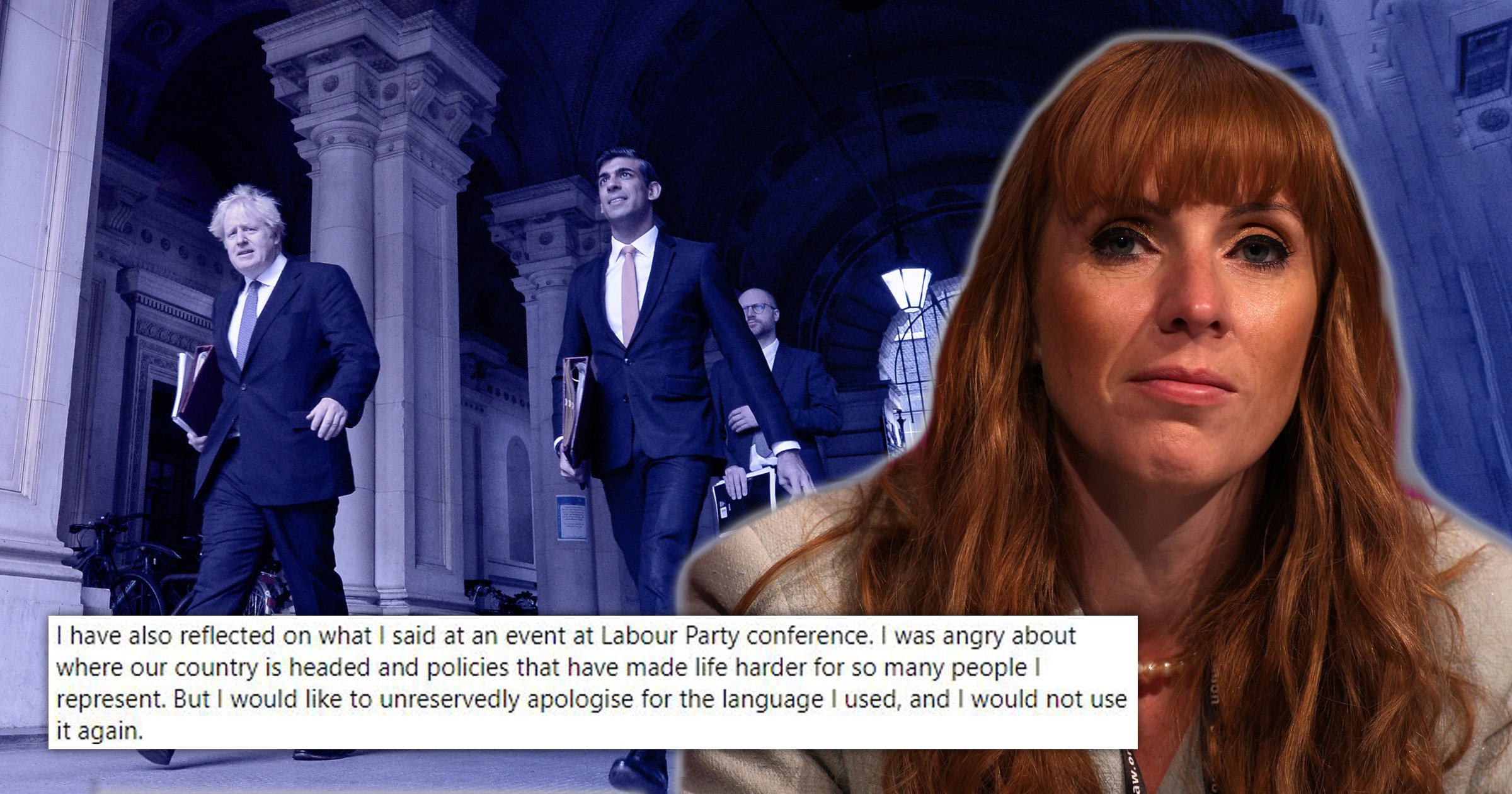 Angela Rayner has apologised for calling Tories ‘scum’ after a man was convicted for threatening her.

The deputy leader of the Labour Party issued a statement after Benjamin Iliffe, 36, was handed a suspended prison sentence for the sinister email.

The Cambridgeshire man told Ms Rayner he knew her home address and warned her to ‘watch her back and her children’.

It emerged during evidence in court that Iliffe sent the malicious communication because he felt she was ‘partially responsible’ for the killing of Sir David Amess.

The Conservative MP’s death, allegedly at the hands of a suspected extremist, has triggered a wider debate about the tenor of political debate.

Ms Rayner was heavily criticised after refusing to apologise for comments recorded at a fringe event at the Labour Party conference.

She was accused of hypocrisy when she paid tribute to Sir David on Twitter having refused to fully retract the ‘scum’ comment weeks earlier.

Now the Ashton-under-Lyme MP, who is on leave from frontline politics after the bereavement of a loved one, has apologised and revealed the ‘devastating impact’ violent threats have had on her and her family.

She wrote on Facebook: ‘While I have been away from the cut and thrust of parliament I have reflected on our political debate and the threats and abuse that now seem to feature all too often.

‘I have also reflected on what I said at an event at Labour Party conference. I was angry about where our country is headed and policies that have made life harder for so many people I represent.

‘But I would like to unreservedly apologise for the language I used, and I would not use it again.’

Ms Rayner said she has previously been reluctant to speak out about abusive messages because she worried it would ‘only make the situation worse’.

But she added that in recent weeks the threats ‘that I have received against my life and the lives of close family have been so terrifying and explicit that I could not stay silent and simply continue to take it as ‘part of the job’’.

She continued: ‘It shakes you when you get these threats. You worry about the safety of your home, your office and everything in your life.

‘And it takes its toll on the people who work for me too. My staff come to work and do their jobs with dedication and professionalism.

‘They bear the brunt of much of this abuse and then get on with their working day.

‘Dealing with death threats and liaising with the police about their safety should not be a standard part of the day-to-day working life of a member of parliament or their staff.’

Iliffe, of Chatteris in Cambridgeshire, was sentenced to 15 weeks in prison, suspended for 18 months.

He was handed a two-year restraining order not to contact Ms Rayner directly or indirectly, not to talk about her on social media and not to go to her office in Ashton-under-Lyne in Greater Manchester.

She said she would return to work following a funeral on Monday.

‘Can’t do it singlehandedly!’ Prince Charles hits back as he’s grilled on carbon footprint