Protesters were grappled by officers trying to break up the gathering, which had been called to denounce violence against women and to mourn the 33-year-old who was killed this month. 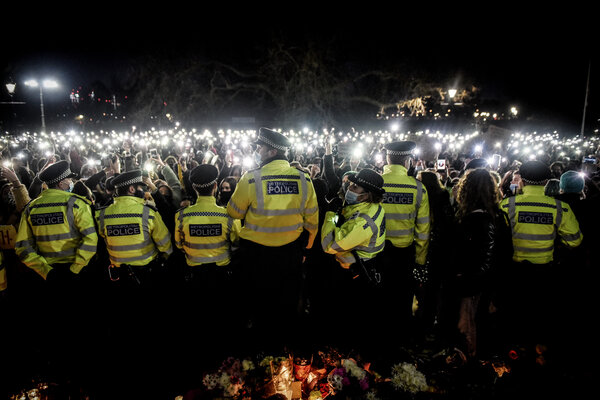 LONDON — Her death shocked Britons and crystallized fears about the safety of women on British streets. But since the police on Saturday broke up a vigil for Sarah Everard, the 33-year-old marketing executive who was killed this month, those concerns have only grown, aggravated by questions about why women were grappled, forced to the ground and arrested in the South London park where the gathering in her memory took place.

Although the vigil was officially canceled because the authorities had said that the plans violated social-distancing laws, hundreds showed up anyway, ultimately prompting officers to break up the gathering.

But trying to disperse the crowds produced scenes that the British home secretary, Priti Patel, later described as “distressing and upsetting,” prompting demands for the resignation of the commissioner of the Metropolitan Police, Cressida Dick.

While analysts blamed policing errors, they also pointed to flaws in coronavirus laws that give officers powers that would normally be unrivaled in peacetime — not only in scope but also in the vagueness of their potential application.

As the pandemic has dragged on, rules banning public assembly, which were rushed through Parliament and assumed to be temporary, have become a source of growing friction in Britain — particularly as new cases of the coronavirus have begun to wane and as vaccination rates climb.

“This has been a problem that has been waiting to happen since Covid arrived,” said Colm O’Cinneide, professor of constitutional and human rights law at University College London, who said there was now “a big issue about restrictions on rights to protest.” 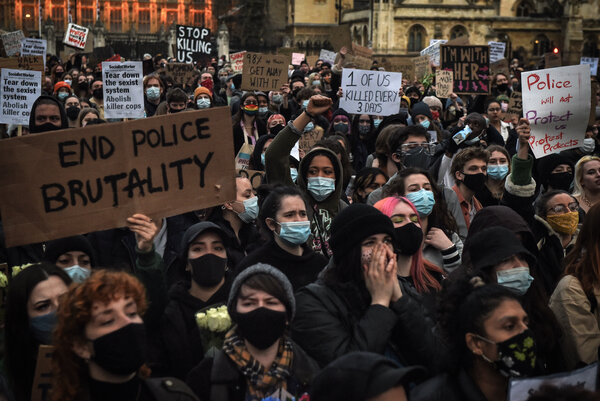 A parliamentary committee on human rights said last year that the rules were prompting confusion, noting in a report that the regulations had the effect of “effectively prohibiting all forms of protest for the very lengthy period of lockdown.”

Harriet Harman, a Labour lawmaker who is chairwoman of the committee, said on Monday, “The law on protest during the Covid pandemic needs to be clarified so that protests can go ahead, but do so safely.”

As demonstrations continued against excessive force by the police, however, a crime bill was making its way through Parliament that would further increase officers’ powers. The measure — clearly aimed at recent protest tactics by Extinction Rebellion and other environmental activists — would give the police more power to break up nonviolent protests and unauthorized encampments and increase the maximum penalty for defacing a memorial from three months to 10 years.