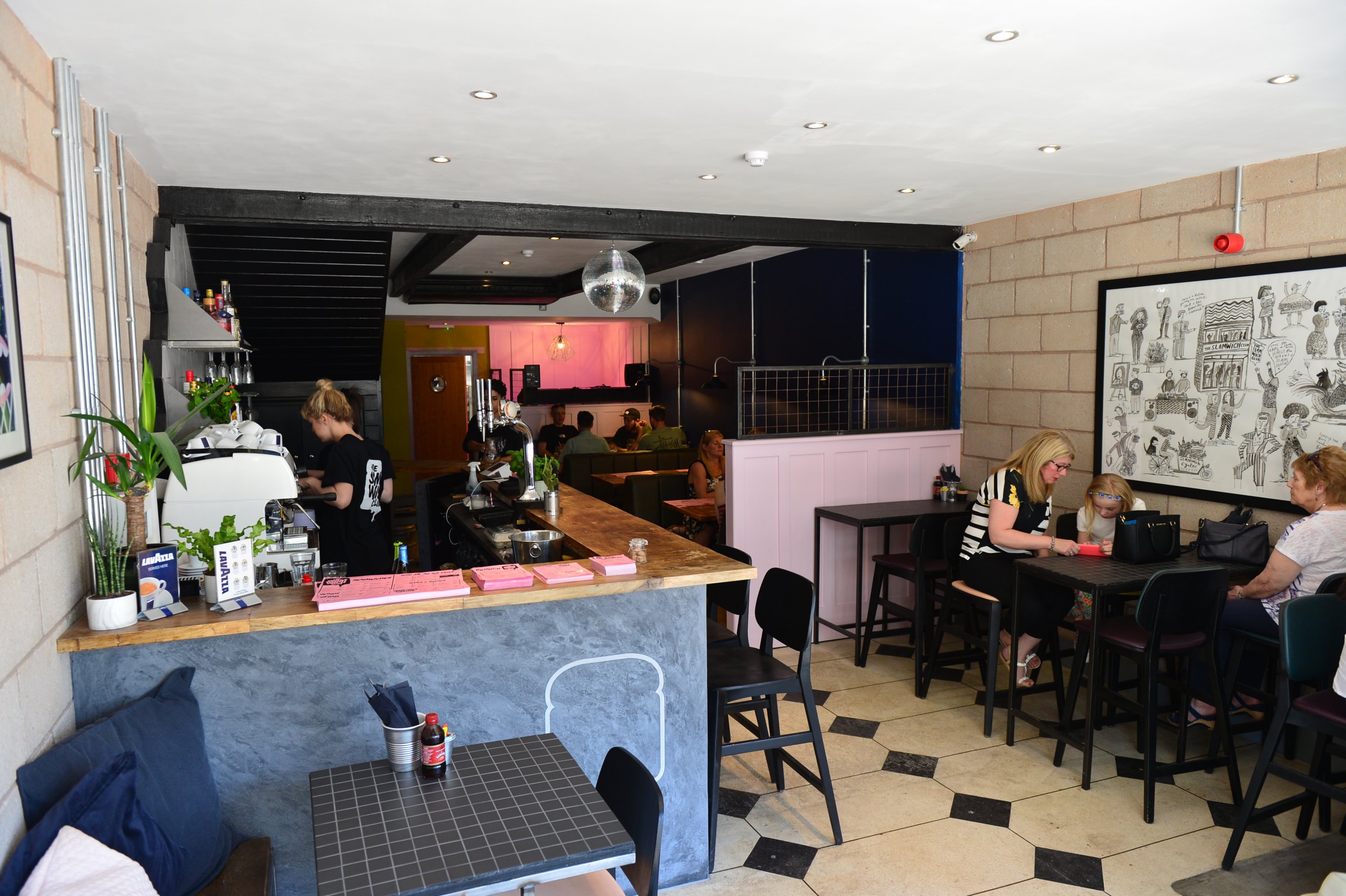 Staff at a popular restaurant were left baffled when they heard an angry diner set a timer rather than speaking to a waiter.

The visitor to the Slamwich Club in Henley, Staffordshire, earlier this month claimed they had ‘left feeling forgotten about’ when no one came over to serve them.

But instead of just speaking to a worker at the restaurant, they just passively set a phone timer and then left after 10 minutes.

A reviewer known only as Jordan D, from Stoke-on-Trent, wrote on TripAdvisor: ‘We arrived and was greeted by someone who appeared not to care and that we were an inconvenience to her, she told us to sit down and she’d be with us as soon as she could.

‘We sat down and for over 15 minutes, we waited and no one came to us, despite the fact that they were clearing empty tables around us, should we not have taken priority over clearing a table that no one was at?

‘After 15 minutes had passed, I advised my wife to set a timer for 10 minutes and if no one comes to take our order, we would call it a day.

‘Regrettably, after 25 minutes of waiting, no one came to even take a drinks order, so we decided to leave.

‘I felt extremely unvalued as a customer and this experience has certainly put me off returning.’

The restaurant owner replied to the review and said they were ‘so sorry you had an unsatisfactory experience with us’.

‘As you’ve previously visited and had a great experience – you’ll know that customer service is very important to us,’ they added.

‘Assuming it was Saturday, we were extremely busy – this is not an excuse for your order not to be taken and to receive little to no customer service. Our apologies.

‘However, we do wish that rather than setting a timer, you just let a member of staff know – they are only human and sometimes they make mistakes, [especially] during a busy shift.

‘Waiting around for 25 [minutes] is not acceptable, and indicates that an issue has been made our end – it could [have] been rectified within five minutes if you’d just made us aware.

‘We’re sorry you won’t be visiting us again, one positive experience and one negative experience – give us another chance! We’d like to make it up to you!’

The Slamwich Club is one of the most popular restaurants in Stoke-on-Trent, rated on TripAdvisor as the second highest in the city with a five-star average.

The restaurant offers a selection of toasties and grilled cheese sandwiches with sides, and even makes a list of the top 30 burger joints in the country, despite not selling burgers.