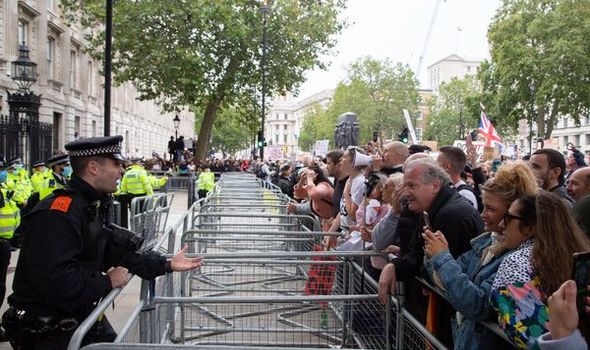 Many demanded an end to masks and social distancing as they marched through London’s Whitehall yesterday.

The group is planning a march examining Manchester’s link with slavery and colonialism today and will target banks tomorrow over fossil fuel investment.

It will also restart demonstrations in London, Cardiff and Manchester on Tuesday. 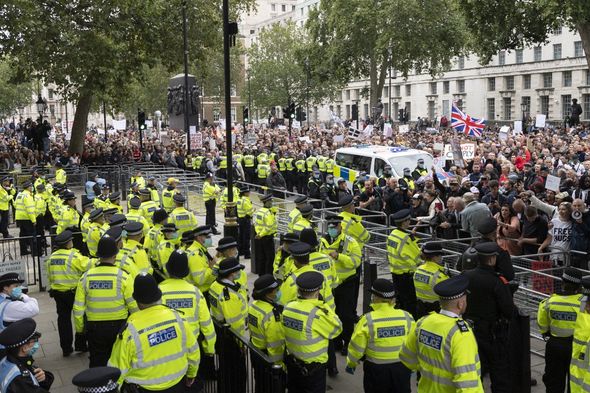 Activists aim to blockade Parliament to stop MPs returning after the summer recess until they agree to debate their demands.

Meanwhile police in Berlin broke up a 18,000-strong demo when marchers failed to observe Covid rules.

Police said there were pockets of disturbances after the protest with roads blocked and skips set alight.

Brexit jeopardy: Boris to be forced to beg EU for 2020 extension if Rebel plan succeeds