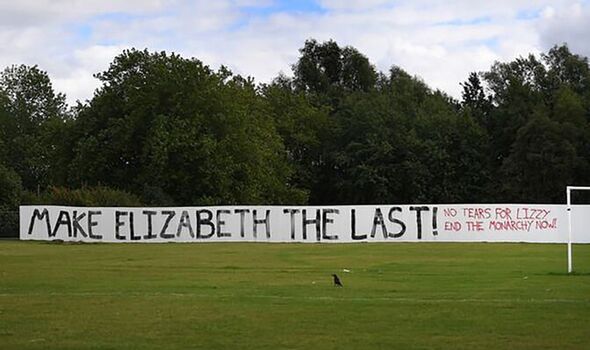 Graffiti criticising the monarchy that appeared following the Queen’s death, which was dubbed “awful” and “insensitive” by locals, has been removed. The graffiti appeared on the white fences at Hough End Fields in Withington, Manchester, on Saturday morning, September 10.

The fences, which were originally in connection with a controversial proposal to extend the leisure centre at the site, have since been scrubbed clean, reports Manchester Evening News.

One message, that was painted on the wall in larger black letters, had previously read: “Make Elizabeth the last!”.

A second message, beside it, added: “No tears for Lizzy, end the Monarchy now” in red paint. 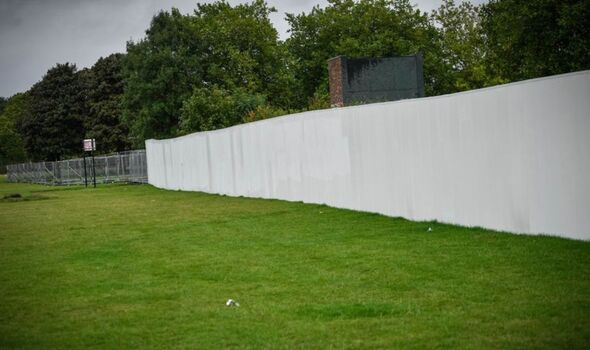 On Saturday, residents slammed the vandals, with one woman saying that they “didn’t understand” why anybody would want to do that.

“I think it’s terrible,” she added.” Graffiti is bad enough, but we don’t need things like that at a time like this. I support the monarch as it is a symbol of Britain.

“I couldn’t believe how insensitive it was.”

Other walkers said they had initially thought the graffiti was in relation to the bitter row about the expansion of the leisure centre – but were shocked when they read it.

“At first I thought it might be about what the council are doing with this land as there has been a lot of local opposition to that,” one neighbour said.

“But when I saw it, I thought it was totally out of order.

“Whatever we think about the monarchy and whether we should be a republic, we have to show respect after death of a 96-year-old lady who was our head of state for 70 years.”

On Saturday, a Manchester City Council spokesperson revealed they had commissioned a contractor to remove the graffiti.

Kate Middleton ‘didn’t want to make it too easy’ for Prince William: ‘Pulled away’