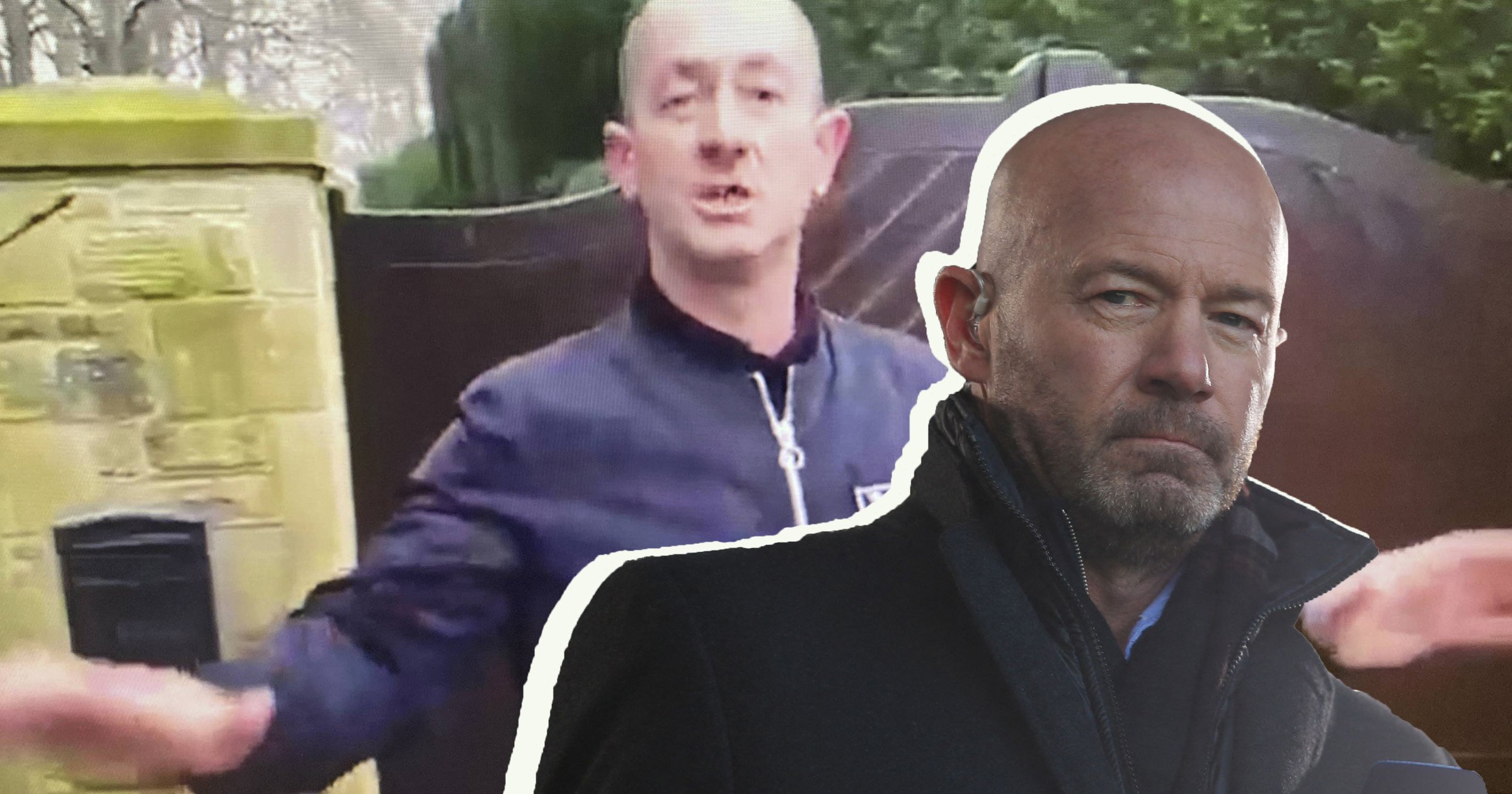 Anti-vaxxers were determined to ‘serve papers’ on ex-footballer Alan Shearer after he urged people to get vaccinated against Covid-19.

But instead, the campaigners became victims of widespread ridicule on social media when they dropped the papers off at the wrong house.

The Newcastle United legend and former England captain had encouraged people to get a booster jab in a video message promoted by the Premier League last week.

In it, he said: ‘We all want to keep safe on a matchday and the best way we can protect ourselves and other people is to get vaccinated.

‘If you are eligible, get your booster booked as soon as possible for the best possible defence against Covid-19 for you and your family.’

But his stance angered anti-vaxxers, who crowded outside a gated property near Newcastle, which they believed to be his home.

Armed with a bunch of dubious documents, three men and a woman filmed themselves outside the house on Wednesday.

In a now viral video shared on social media, one of them presses the electronic buzzer and when no one answered, he shoved the papers in the letterbox.

The unidentified man then says: ‘Hopefully, Mr Shearer will have a look at this paperwork, which he needs because he lied to the public.

‘Everyone is going to get this, every celebrity, I am sick of yous. Just causing more trouble for us, lies, all lying.

‘That’s the truth in that letterbox there, in Alan Shearer’s f***ing house.’

However, only hours after Gary Lineker confirmed that the group had made a mistake, tweeting ‘Wrong house, wrong cause, all kinds of wrong’.

Northumbria Police said it had no involvement in the incident.

Boy, 8, dies after being attacked by two Rottweiler dogs