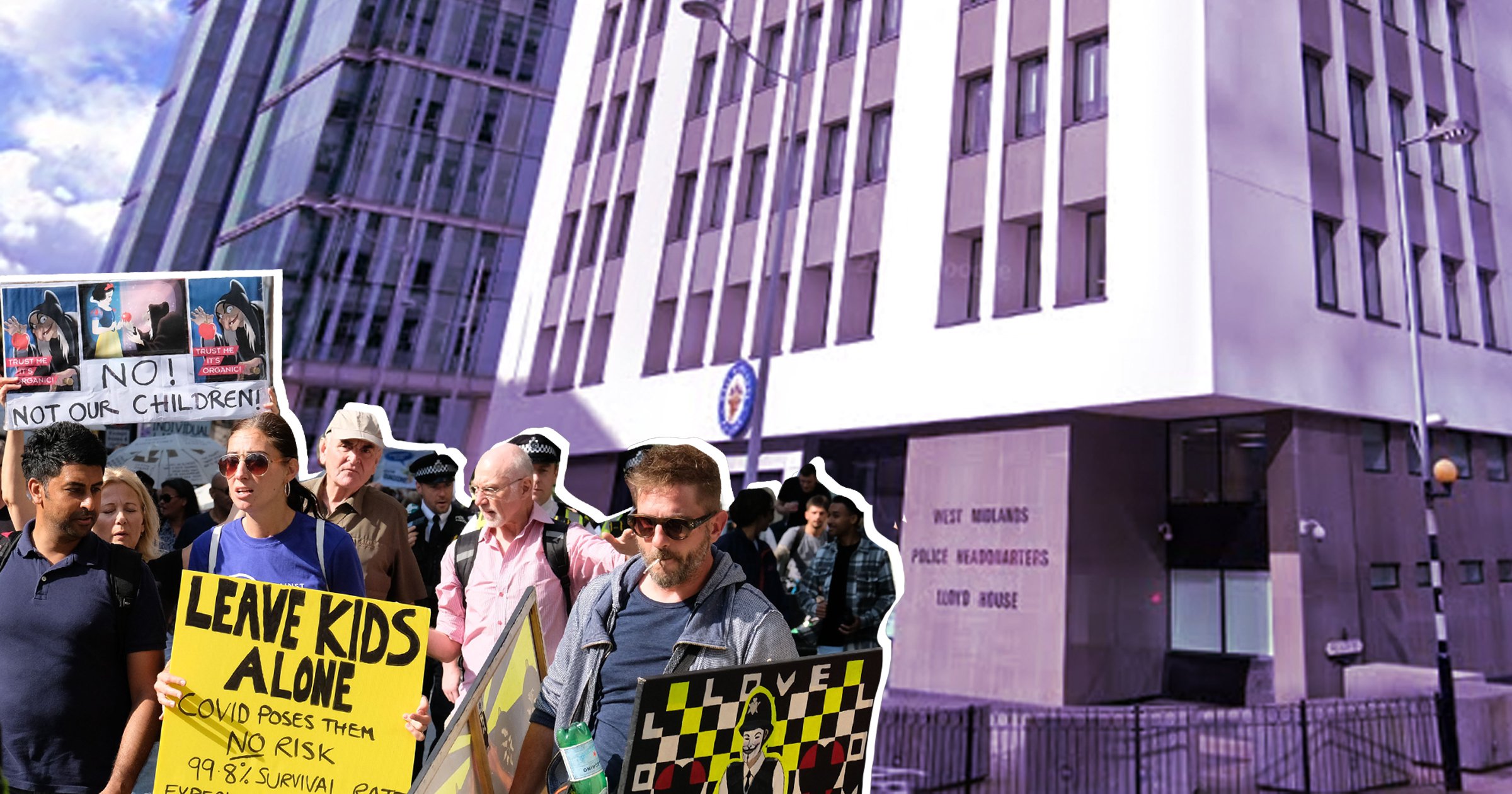 A group of protesters went to police headquarters to report the coronavirus vaccine for being ‘attempted murder’.

Anti-vaxxers took to the streets of Birmingham city centre on Saturday. Some of the demonstrators felt so strongly about the jab, they decided to go the police about it ‘being given to children against their will’.

Chief superintendent Steve Graham told the story to a local coronavirus outbreak engagement board on Wednesday.

He said: ‘We had a deputation who tried to attend Lloyd House to report attempted murder with the Covid vaccine being cited as the cause of death. Yes chair – you can laugh.’

As he was talking, chairman and Birmingham Council leader councillor Ian Ward was seen shaking his head and smiling, the Express and Star reported.

West Midlands Police said they spoke to the man reporting the vaccine, but had to tell him that ‘while he was entitled to his opinion, what he had said did not constitute a crime’.

Currently, no one is being forced to take the jab, although several policies have made life much more difficult for unvaccinated people.

Any adults and clinically vulnerable children can get both jabs, while those aged 16 and 17 can get their first dose.

Kids between the ages of 12 and 15 will soon be offered their first doses but parents and guardians will be asked for their consent.

The coronavirus pandemic has garnered conspiracy theories since it started.

Social media companies, news outlets and every other public platform have all been working to keep misinformation away from users – but this has had to be balanced with freedom of speech.

The vaccine has been classified as safe by every major health body in the world, with 2.72 billion people fully jabbed.

Common side-effects from the vaccine are short-term, listed by the NHS as a sore arm from the injection, feeling tired, getting a headache and feeling achy feeling or being sick.

Nevertheless, the UK’s Medicines and Healthcare products Regulatory Agency (MHRA) has consistently concluded that the benefits of the vaccine outweigh the risks.

This all said, there are legitimate calls for more investigation into other rare side effects.

For example, more than 30,000 women in the UK have reported that the vaccine affected their periods.

But in almost every case, this effect was ‘short-lived’ and women’s periods went back to normal within one or two cycles.

People can report any adverse reaction they believe the vaccine has caused to the MHRA’s yellow card scheme.