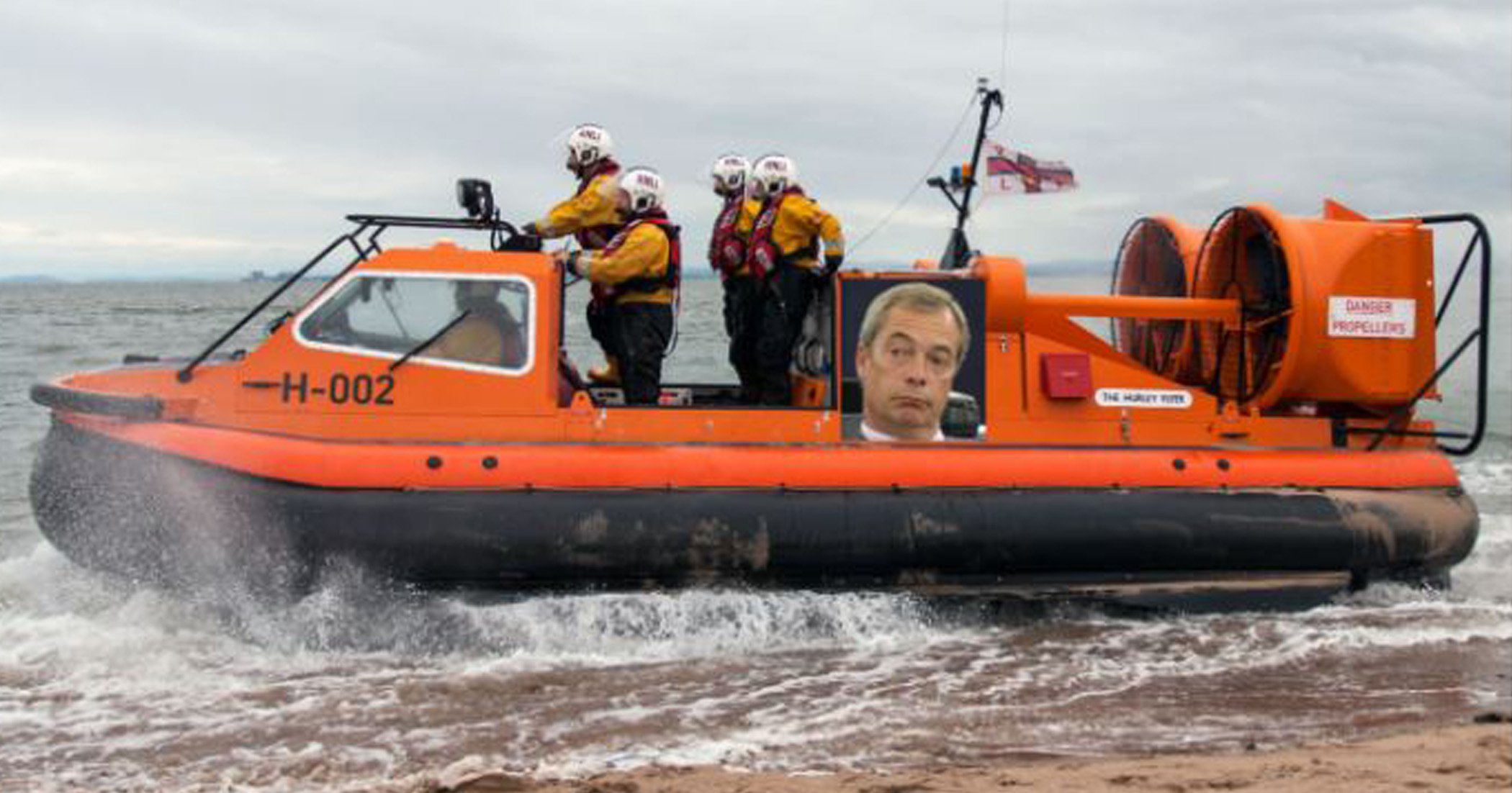 A fundraising effort to buy a new hovercraft for the Royal National Lifeboat Institution (RNLI) has sailed past the £90,000 mark.

The charity has received a surge of support in recent weeks after being called a ‘taxi service for illegal trafficking gangs’ by Nigel Farage.

Crews from the life-saving organisation are regularly deployed to carry out rescues in the Channel when boats full of people trying to reach British shores get into difficulties.

Now the RNLI is about to receive another big windfall – and fundraisers hope the new boat could be named in the ex-Ukip leader’s honour.

The man behind the fundraising push, Simon Harris, has suggested the vessel be christened ‘The Flying Farage’ following his controversial remarks.

He wrote: ‘I feel that this would be incredibly appropriate due to Mr Farage taking such an active interest in the RNLI’s activities right now.

‘If there is any money left over, we will purchase a pint of real English ale to smash against the fron in the naming ceremony.’

He joked any leftover funds could be used to fund further vessels named ‘The Galloping Grimes’ or ‘The Hovering Hopkins’, in reference to right-wing commentators Darren Grimes and Katie Hopkins.

All funds will be paid directly to the RNLI and a final decision on how to spend the money – or what to name the craft – will be left up to the organisation.

Mr Farage said criminals were ‘pushing migrants across into the English channel’ with the knowledge that lifeboats would pick them up if anything went wrong – adding that he was nonetheless a supporter of the organisation.

The RNLI’s chief executive, Mark Dowie, slammed Mr Farage’s comments, saying the charity had a ‘moral and legal duty’ to step in and that he was ‘very proud’ of volunteers.

A groundswell of support for the organisation said it raked in £200,000 worth of donations in the 24 hours after the comments were made.