Later this month Netflix will release its new film ‘The Dig,’ depicting the events of the incredible excavation of Sutton Hoo. The site, near Woodbridge, Suffolk, was at the centre of a huge discovery in 1939 when an ancient burial was uncovered on the property of Edith Pretty. Archaeologists found two early medieval cemeteries that dated from the sixth to seventh centuries and they have continued to probe the area ever since.

One cemetery had an undisturbed ship burial with a wealth of Anglo-Saxon artefacts, including a ceremonial helmet, but the BBC’s ‘Masterpieces of the British Museum’ documentary detailed how World War 2 caused it to be put back together incorrectly.

The narrator said: “London was under attack and the British Museum moved many of its treasures to an underground station.

“The helmet, still in over 500 pieces, was boxed up and stored here.

“At the end of the war, the huge job began of piecing it back together – it took two years. 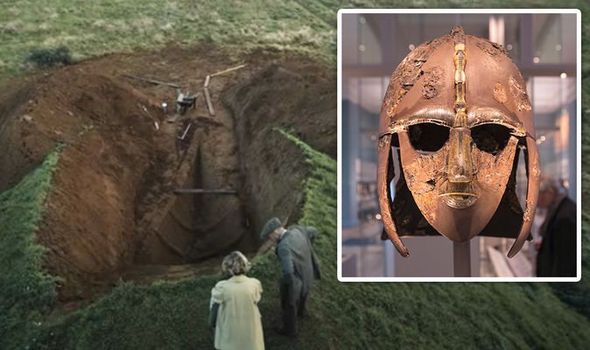 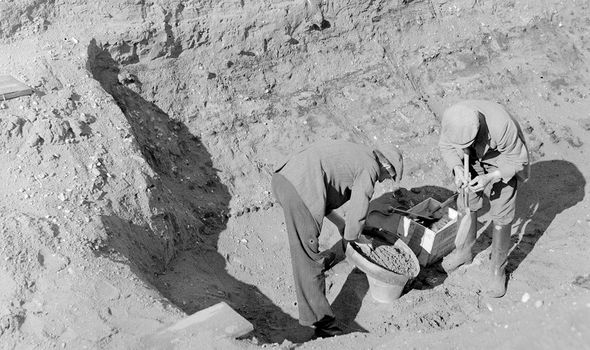 “This was the outcome that was proudly displayed at The Festival of Britain in 1951.”

But the series revealed why experts started to question the construction.

It added: “Despite all the attention the helmet was getting, there was a growing sense of unease around the way it had been put back together.

“It didn’t actually function as a helmet and the sides of the face and the throat had been left completely unprotected.”

Archaeologist and author Angela Care Evans explained what the main issues were. 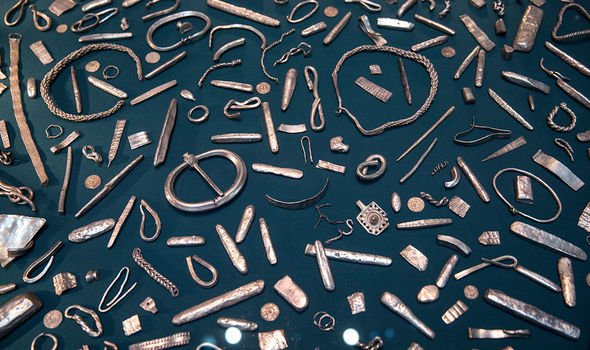 She said: “Because the crest and the dragon overlapped the neck guard, the guard was not flexible.

“It meant if you wore it you were almost imprisoned in it.

“These things led to the helmet being dismantled and then put together again.

“It was like opening a little box of horrors.”

The series revealed how experts found a key part of the 500-piece jigsaw more than three decades on, completely changing how the helmet looked. 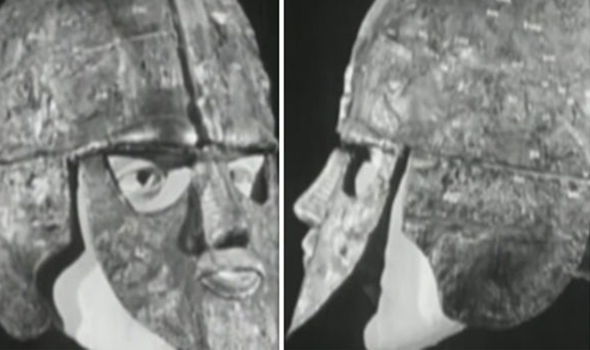 It continued in 2009: “In 1971, the reassembly started, British Museum conservator Nigel Williams was given the job.

“For over six months the helmet laid in over 500 fragments on Williams’ worktop.

“Then an astounding breakthrough was made, in a box marked ‘head,’ he found the jaw to a dragon head similar to that on either side of the crest.

“It hadn’t been used on the original construction.

“It was a perfect fit between the eyebrows, interlocking with the other elements of the mask – suddenly the features materialised.”

Most of the objects uncovered from Sutton Hoo are still held by the British Museum. 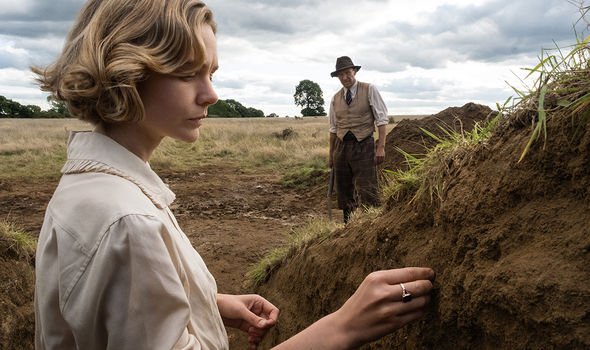 The collection was described as “some of the greatest treasure ever found on English soil” and at the time it was worth around £50,000, or £3.3million today.

The new Netflix release is directed by Simon Stone and based on the 2007 novel of the same name by John Preston.

It is scheduled for limited release in cinemas on January 15, 2021, followed by streaming on Netflix on January 29, 2021.

Lily James will play archaeologist Peggy Preston who, judging by the trailer, develops a romantic relationship with another digger – played by musician Johnny Flynn.

Six children taken to hospital after ‘serious incident’ in Sheffield

Three men in hospital after shooting in east London