Archie Harrison Mountbatten-Windsor is the only child of Prince Harry and Meghan Markle. By rights, given he is seventh in line to the throne, Archie could have used the title of Prince from the time of his birth. But Harry and Meghan opted not to give their son this title, but what royal titles could baby Archie receive in the future?

Meghan and Harry are keen on establishing a life outside of the Royal Family, but it is possible Archie will want to return to this life when he is older.

If he chooses to do so, he will have the option to begin using an HRH title.

Officially if he chose to embrace this title, he could be known as His Royal Highness Prince Archie of Sussex. 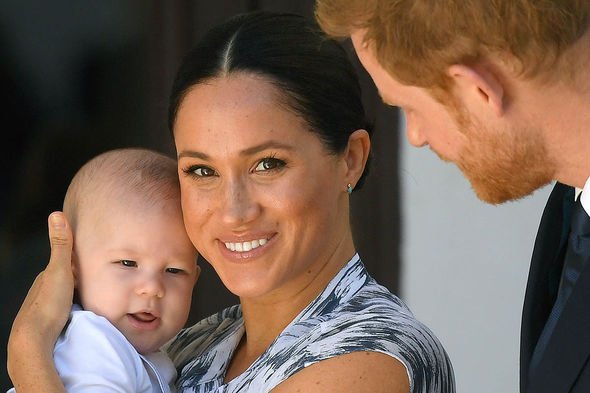 A spokesperson at Debrett’s told Insider royal titles are at the discretion of Archie and the life he wants for himself as he grows older.

The spokesperson said: “Archie could technically use his father’s lesser titles now, although as Prince Harry is officially known as the Earl of Dumbarton in Scotland he would more likely be known as Lord Kilkeel.

“There is no reason why Archie would not inherit all his father’s titles after Harry’s death, but as the Sussexes have shown a degree of informality when it comes to titles, whether or not he decides to use them is to be seen.

“However, this does not stop Charles or William (once either man is king) giving Archie a title of his own when he is older, should he decide to ‘work for the family firm.'”

Duke of Sussex, Earl of Dumbarton and Baron of Kilkeel

Prince Harry was given the Duke of Sussex title by the Queen upon his marriage to Meghan in 2018.

The couple chose to leave the Royal Family earlier this year, but they have retained their titles.

In addition, the Duke and Duchess of Sussex have kept their HRH titles, but no longer actively use these titles as they are no longer working members of the Royal Family.

In accordance with laws of male primogeniture, hereditary peerages, such as dukedoms, can only be passed onto sons and not daughters.

This means that by law, Prince Harry’s dukedom would pass to Archie upon his death.

Furthermore, Prince Harry also holds the titles of Earl of Dumbarton and Baron of Kilkeel and as such Prince Harry’s son would inherit these titles as well. 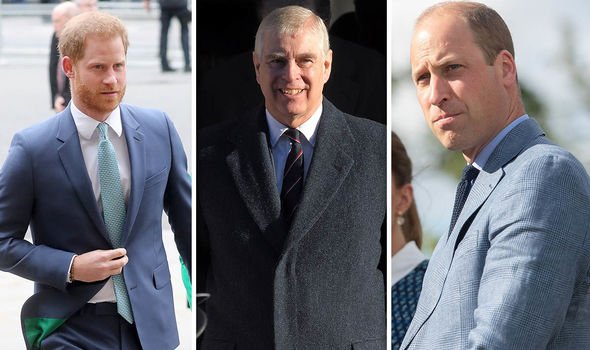 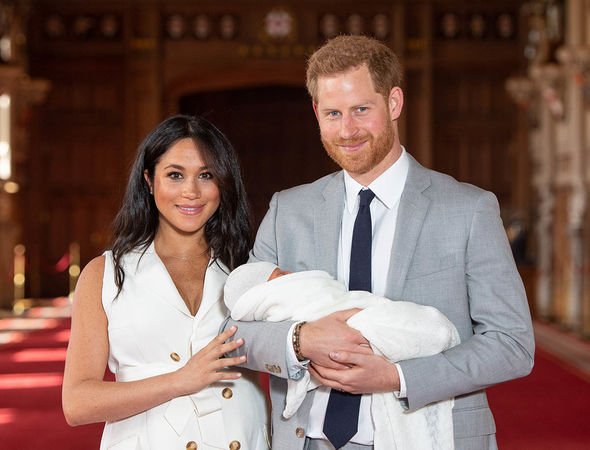 But it is not only the dukedom of Sussex which Archie may choose to adopt.

Upon marriage, the reigning monarch may choose to provide Archie will a new dukedom.

For instance, some royal experts believe Prince William’s title of Duke of Cambridge, may pass to his nephew once Prince Charles becomes king.

When Prince Charles becomes King, Prince William is likely to lose this title and become the Prince of Wales, a title currently held by Charles.

With the Duke of Cambridge title vacant, it will remain unused until another member of the Royal Family marries.

In theory, it seems probable Prince George or Prince Louis would take this dukedom, but it is also very possible Archie may choose to take it on instead.

Another likely dukedom which Archie could inherit could be the dukedom of York.

The current Duke of York is Prince Andrew, the second son of the Queen, who was given the title upon his marriage to Sarah Ferguson in 1986.

Prior to Prince Andrew holding the title, the dukedom was held by Prince Albert, more commonly known as King George VI, the father of Queen Elizabeth II and Princess Margaret.

Due to the rules of male primogeniture, Andrew’s dukedom cannot currently pass onto either of his children as he only has daughters.

This means once Andrew is no longer using the title, it will likely pass to another male member of the Royal Family, which might possibly be Archie.