The three-year-old’s first word honoured his family and proved that Diana is ever-present in the Sussex household. Talking about his son with Meghan Markle in episode five, Harry explained that Archie’s nursery has a photo of Princess Diana hanging on the wall – before revealing that his son’s first word was “grandma”.

Prince Harry said: “I got a photo of her in his nursery, and it was one of the first words that he said — apart from ‘mama,’ ‘papa,’ it was then ‘grandma’. Grandma Diana.

“It’s the sweetest thing, but at the same time, it makes me really sad because she should be here.”

Back in March last year, during a chat with James Corden on top of a double-decker tourist bus, the father-of-two also confessed another of Archie’s first words – “crocodile”.

He told the host of The Late, Late Show: “My son is now over a year and a half, he is hysterical, he’s got the most amazing personality, he’s already putting two, three words together. 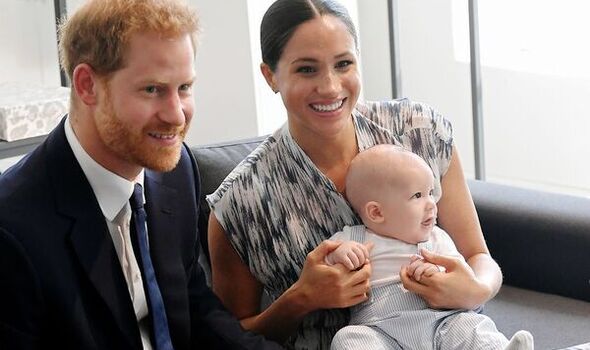 Just six days after Archie’s birth in 2019 on May 6, Meghan celebrated her first US Mother’s Day, and shared an adorable image of her newborn’s tiny toes as they took a stroll in their garden at Frogmore Cottage at Windsor.

The caption on Sussex Royal’s Instagram poignantly made reference to Harry’s late mother, Princess Diana: “Paying tribute to all mothers today – past, present, mothers-to-be, and those lost but forever remembered.

“We honour and celebrate each and every one of you.” 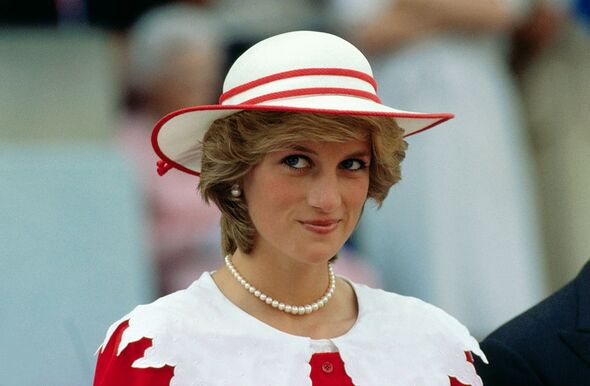 Meanwhile, Prince Harry revealed in a 2017 documentary that he deeply regrets the last time he spoke to his mother as he was desperate to end the phone call so he could go and play outside.

In the documentary ‘Diana, Our Mother’, Princes William and Harry sat down to recall some of their memories of their mother and spoke about the last times they saw her.

Prince Harry said: “I can’t really, necessarily, remember what I said. But all I do remember is probably, you know, regretting for the rest of my life how short the phone call was.

“And if I’d known that was the last time I was going to speak to my mother – the things I would have said to her.”

“You feel very, very confused. And you keep asking yourself, ‘Why me?’