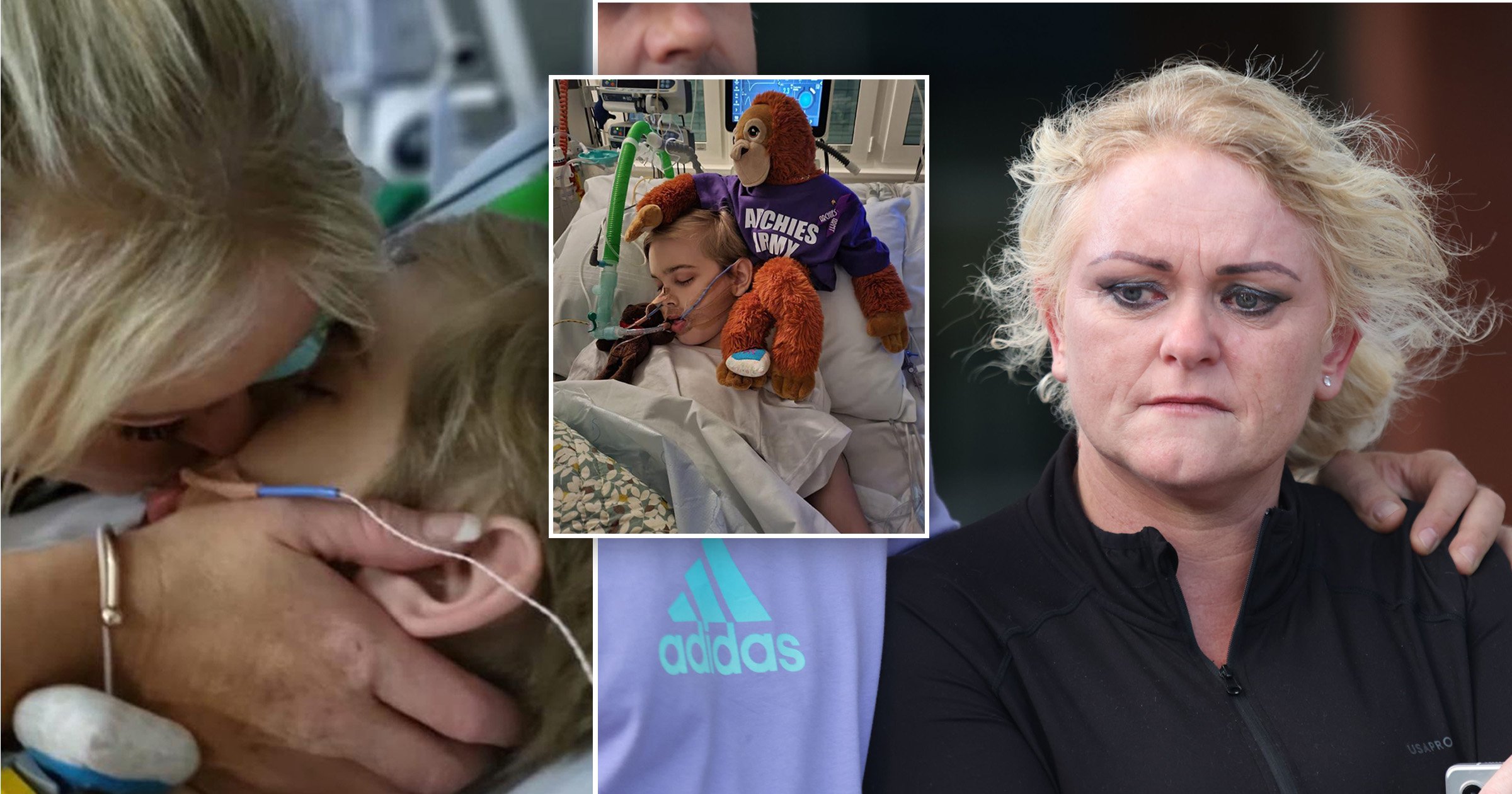 Archie Battersbee’s mum insists she did ‘everything she could’ to keep the 12-year-old alive as they prepare for his life support to be withdrawn later today.

The family were left ‘devastated’ after the courts refused them permission to move the schoolboy to a hospice, where he could die with ‘dignity’ surrounded by his loved ones.

They are now spending precious time with the youngster before treatment is withdrawn by hospital bosses at 10am on Saturday.

Speaking to the Daily Mail after all legal avenues were exhausted, Archie’s mum, Hollie Dance, said: ‘I know I did everything I could. Everything.’

She added: ‘I know I’ve done a very good job being Archie’s mum. Based on my own childhood I was very determined to be as good a mother as I can possibly be and I feel like I have done that to the very best of my ability. It’s one of the reasons I am here.’

Archie was fit and healthy until April of this year, when Ms Dance found him unconscious at their home in Southend, Essex, on April 7.

He suffered a catastrophic brain injury in what she believes was an attempt at a dangerous social media ‘blackout’ challenge and has remained in a deep coma since being brought into hospital.

The schoolboy is being kept alive by a combination of medical interventions, including ventilation and drug treatments.

Doctors treating him for the last four months declared him to be ‘brain-stem dead’, prompting a lengthy but ultimately failed legal battle by his family to continue his life support treatment in the hope the unconscious boy would recover.

Reflecting on the legal battle, Ms Dance, 46, told the Mail that ‘most of the time it has felt less like a hearing’ and more ‘like I was on trial’.

She also said ‘there has been constant bullying on social media’, with trolls messaging to tell her Archie is ‘rotting’ and ‘should be six-feet under’.

Ms Dance described receiving ‘offers from all over the world’ to treat her son, but said the family has ‘not been allowed to even consider them’.

She said: ‘As his mother, I have had to explore every option. If my gut was telling me there was no chance for my son it might have been different, but I’ve educated myself, and strongest of all is a mother’s instinct that my son is in there.’