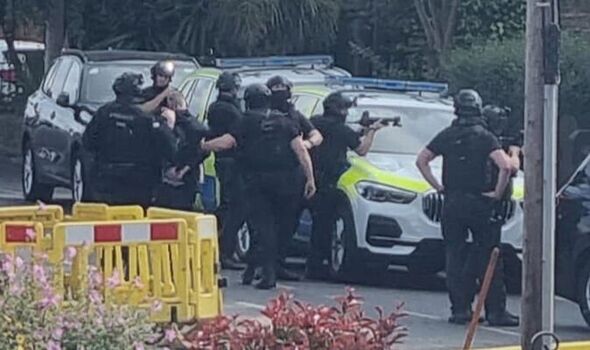 Shocked residents of Victoria Road in Morley, Leeds, witnessed West Yorkshire Police officers arrive in black riot gear with shields and helmets just before 9am. The armed police had come to the address to arrest those involved in the stabbing of a 28-year-old last night at around 9.52pm.

The victim was taken to hospital for emergency treatment.

The police carried out enquiries in the Morley area this morning before arresting three men at a house on Victoria Road.

They are currently in custody on suspicion of causing grievous bodily harm with intent, reports Leeds Live.

A scene was put in place in Queen Street to undergo forensic examination and was lifted earlier this morning. 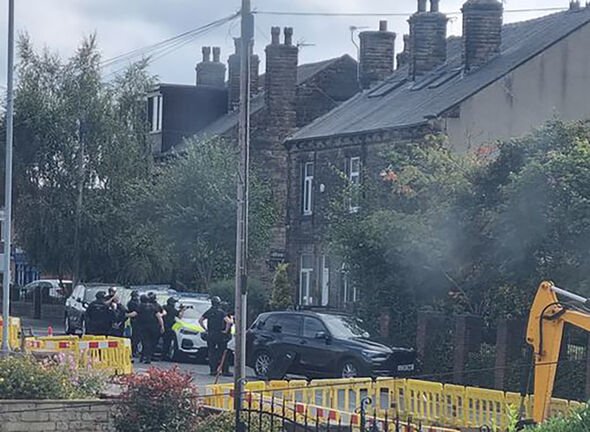 A West Yorkshire Police spokesperson said: “At 9.52pm yesterday, police were called to an incident in Queen Street, Morley, where a man had been stabbed and seriously injured.

“The victim, a 28-year-old man, received serious stab wounds to his abdomen and was taken to hospital for emergency treatment. His injuries are not considered life threatening.

“A scene was put in place in Queen Street to undergo forensic examination and was lifted earlier this morning.

“Armed officers carried out arrest enquiries in the Morley area this morning and arrested three men from an address in Victoria Road. They are currently in custody on suspicion of causing grievous bodily harm with intent.

“A scene is in place at the address in Victoria Road and detectives from Leeds District CID are continuing to progress the investigation.”

One resident, who lives nearby, said: “There were lots of marked and unmarked police vehicles, black riot gear, many armed police with shields and helmets. Helicopter is still about. I saw someone put down on the floor and cuffed, and an ambulance was in attendance.

“There was no prior warning. Neighbours definitely shocked and worried as this is a nice, quiet area.”