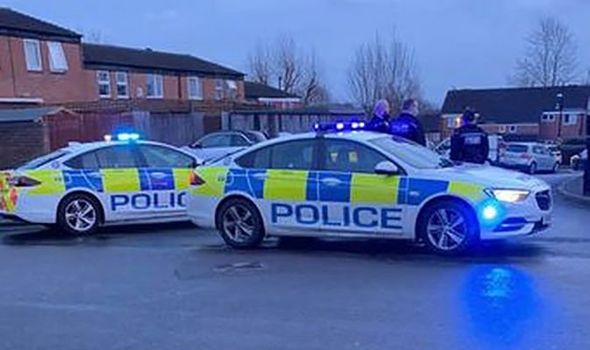 Officers were called after a teenage boy and his dog were, police say, deliberately driven at in Allesley Green, Coventry. The teenager suffered minor injuries but his dog was seriously hurt.

A confrontation then  took place involving a shotgun, but West Midlands Police said that no shots were fired.

That incident is believed to have taken place in the area around Tanyard Farm sheltered housing scheme, Coventry Live reports.

Firearms officers were deployed and three men, aged 20, 49 and 66, as well as a 17-year-old boy were arrested on suspicion of attempted murder and possession of a firearm.

Nearby properties were being searched last night and two firearms were recovered.

A West Midlands Police spokesman said: “Three men, aged 20, 49 and 66, and a 17-year-old boy have been arrested this evening on suspicion of various offences including attempted murder and possession of a firearm.

“Earlier today a teenage boy and his dog were deliberately driven at in Park Hill Drive. He suffered minor injuries, but the dog was seriously injured.

“Following a confrontation this evening a shotgun was produced. Fortunately no shots were fired.

“As a result, firearms officers were called to the scene and the arrests were made in Winceby Place. Several properties are being searched and two firearms have been recovered.

“Incidents involving firearms are rare and our investigation remains on-going.”