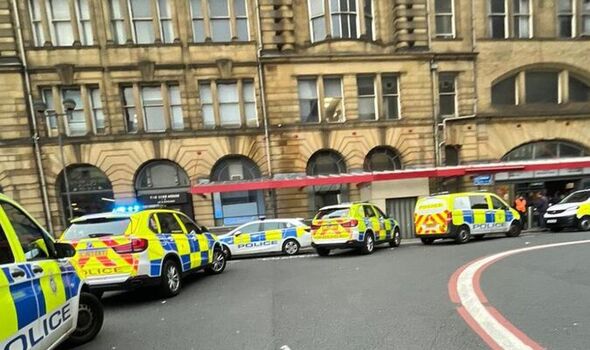 Manchester Victoria train station has been evacuated as police respond to an incident, according to reports. Armed police have been spotted at the scene as several police vehicles are pictured outside the city centre station. The nature of the incident has not yet been confirmed. The British Transport Police have been approached for information.

One person said on Twitter: “Currently sitting right outside Manchester Victoria on a train – guard just announced that there is a police incident there & the whole station is closed so we might be here a while!”

Another said: “@gmpolice can anyone inform the people what is going on at Manchester Victoria? We’ve been told to leave the station and there is no further info. I really need to catch the train on time. Aprreciate the info.”

“Armed police attended and conducted a full search of the train and area, however there was no trace of the two men. The report was made in good faith and enquiries are ongoing.”

One eyewitness has told the Manchester Evening News that “all trains were cancelled or delayed” as the station was “evacuated”.

It has not yet been confirmed whether services are running again.

Greater Manchester Police are aware of the incident but said the British Transport Police are dealing with it.