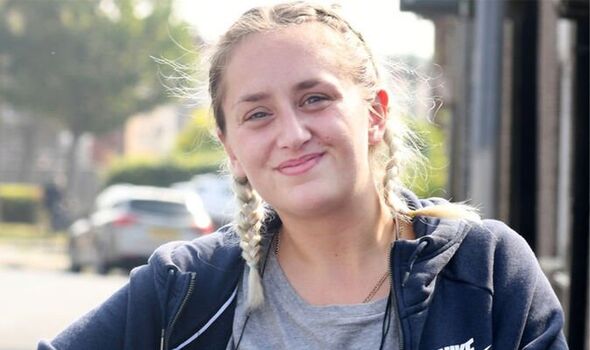 A woman has appeared in court after attacking a 12-year-old boy, leaving him blind in one eye, and lunging at police with a knife in a bizarre incident in which her handbag caught fire. Carrie Briggs, 26, of Hildyard Street, appeared at Grimsby Crown Court charged with assault causing actual bodily harm, four counts of assault on an emergency worker and one count of threatening with a bladed article.

According to GrimsbyLive, in one incident, where she was “covered in blood” and lunging at police with a knife and then a glass bottle, she was tasered twice, with her bag catching fire on the second attempt.

Prosecuting, Benjamin Donnell told the court that on March 13, 2021, Briggs began shouting at a boy, 12, and his friend in the street, causing them to run into a nearby takeaway shop and hide in the corner to escape her. She proceeded to follow them into the shop where she launched a savage attack on one of them, punching him repeatedly in his right eye and face. The child was left with cuts and bruises all over his face and was temporarily unable to see out of his right eye.

Less than one month later, on April 9, 2021, police were called to a separate incident on Cooper Road, Grimsby. When officers arrived, Briggs was being restrained on the floor by her then-partner. She was subsequently detained and became aggressive towards officers.

Briggs kicked one officer and threatened to bite them on the leg. Once inside the police van, she threatened to “spit blood” at officers and began banging her head on the inside of the vehicle – and as officers attempted to restrain her, she kicked one in the groin causing him “instant pain”.

Once in custody, the defendant became “aggressive” again and stamped on an officer’s foot, the court heard.

In a third incident, on September 7, 2021, police attended reports of a street fight on Wellington Street, Grimsby. When they arrived, they spotted Briggs – who was “covered in blood” – and another person fleeing the scene onto nearby Stanley Street.

Officers caught up with Briggs who quickly made it clear that she was carrying a knife, which she proceeded to lunge at officers with in a threatening manner. She was then tasered by an officer, with little effect, and continued lunging at police with the knife whilst making a “stabbing motion”.

She then ran into a gated alleyway and pointed the knife through the bars of the gate at officers before hiding behind a wooden fence nearby. When an officer located her, she stood up holding a glass bottle she had found and lunged towards them with it.

Briggs was tasered again and the handbag she was carrying caught fire, requiring her to attend hospital to receive treatment for burns. She was then taken into custody.

Mitigating, Craig Lowe told the court that Briggs suffered a traumatic brain injury in 2020 when she was knocked off her bike by a van on the junction of Wellington Street and Stanley Street and left “fighting for her life”.

“She had a traumatic brain injury that caused a number of problems. She has a lot of difficulty with memory and behaviour. She does not recognise the person she has become and she has has had a complete change of behaviour since the accident,” he said.

Judge Michael Fanning KC told Briggs: “Until 2021, you had very limited convictions, you had a conditional discharge for battery which you stuck to but then we get to 2021 and everything went haywire. You were knocked off your bike in 2020 and you suffered a traumatic brain injury. Before that, you were fit and well and working hard in a fish factory.

“You have problems with impulse control. You require ongoing support to deal with the brain injury that you have. There has been a complete change in your behaviour as a result of your brain injury. You are now more aggressive than you were. You may have had a bit of a temper before, but now you have a much shorter fuse.”

He sentenced Briggs to two years and two months imprisonment with credit for time served and hinted towards a potential release date of the same day. He also ordered her not to contact or communicate with either of the children for a period of two years.

“You need to take responsibility from now on for your offending because you won’t always be treated as relatively as I have treated you,” he concluded.

Teenager’s anorexia death involved ‘neglect’ and ‘could have been avoided’, an inquest has concluded.