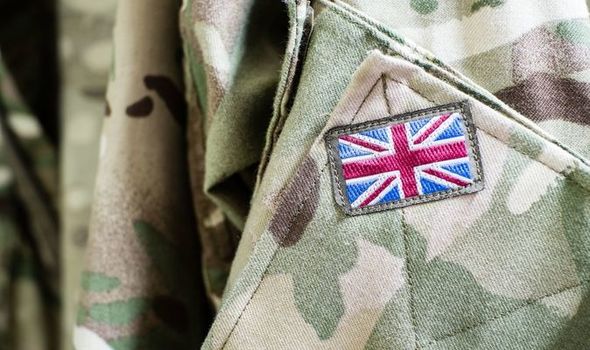 Commanders had forecast that by now at least 600 would have signed on for close ground combat after the Government lifted the ban allowing female recruits to serve in frontline regiments, including the SAS and the Parachute Regiment, in 2016.

In preparation, around £1million was spent overhauling accommodation blocks.

This included creating womenonly sections at the Infantry Training Centres in Catterick and Pirbright, which saw rooms being sealed off from male recruits, and the creation of female-only toilets and showers with separate entrances and exits.

Commanders launched the first of several initiatives in 2017 at a cost of £2million, which aimed to attract women to join such units as the Rifles, the Duke of Lancaster’s regiment and the Mercians.

But official figures show that of the 18,020 soldiers currently serving in infantry battalions, just 40 are women – accounting for just two per cent. And between 2019 and 2021 only 50 female rookies joined Phase One infantry training at Catterick in Yorkshire, with just 30 passing.

Of these, 10 are understood to be female officers in the infantry, as well as female soldiers already serving who had transferred from logistics and engineer units.

Among the 40 successful women in the infantry is 23-year-old Captain Hannah Knapton who, in 2020, was the first woman to join the Parachute Regiment.

Since the rule change, no female applicant has passed the 36-week Royal Marines Commando course – although, sources say, at least five have tried, including Olympic rower Philippa Birch.

There are no infantry women in the new Rangers regiment and while two have served with the SAS, both were attached to the Adjutant General’s Corps.

In 2002 Captain Pip Tattersall, who was serving with the Adjutant General’s Corps, became the first woman to pass the Army Commando course – a four-week reduced programme for logistics and engineer personnel supporting the marines.

An Army source who worked on the recruitment campaign admitted there had been no way of knowing how many women would join.

Tattersall Stuart, soldier “We had to make the offer and prepare for their arrival. But, so far, it has been an expensive exercise.”

Last night, an Army spokesperson said: “Opening the Infantry to women has increased operational effectiveness. The change was about creating opportunity, not just increasing numbers.”