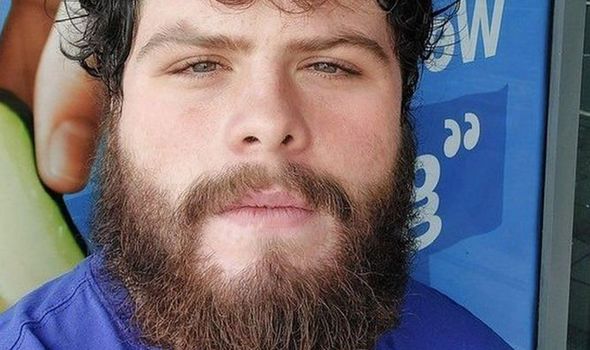 The extremist women-hating “incel” community should be treated like terrorists, say experts, as it emerged Plymouth shooter Jake Davison is being celebrated by the twisted group.

A senior legal figure said the killer, who shot dead five people on Thursday, including a father and his adopted daughter, should have been on a watchlist.

Former top prosecutor Nazir Afzal warned that extreme misogyny and the online “incel” community — “involuntary celibate” men who believe women do not find them attractive — have become a genuine threat.

He warned that there are 10,000 people with incel views like Davison in the country and more are becoming radicalised online.

Other experts agreed that incel is becoming a growing threat.

It came as twisted “fans” saluted Davison as a “supreme gentleman”, a “new hero” and urged him to “shoot for the stars” after he murdered five people then shot himself.

In the 12-minute rampage in Keyham, the bodybuilder used a pump-action shotgun to kill his mother Maxine, 51, Sophie Martyn, three, and her father Lee, 43, Stephen Washington, 59, and Kate Shepherd, 66.

Before the murder spree Davison, 23, had called himself a “fat, ugly virgin” and showed affinity to the incel group.

In one YouTube rant, he said: “I used to be OK with being a virgin but when you get older the inferiority complex kicks in and the feeling of despair and missing out occurs.

“Try being an unemployed, autistic, poor, sexually frustrated male with tons of health issues, no social circle and being stuck in government housing with my mother for years on end.”

A leading expert on online misogyny and incel fears the Plymouth attack will not be the last and said lockdown had been a perfect breeding ground for the indoctrination of sexually frustrated, isolated men.

However, other experts believe Islamic extremists and the far-right pose a far greater threat and are more likely to launch attacks.

Incel is an online subculture which, at its extreme, spreads violent misogyny and blames women for depriving men of sex and relationships.

It became notorious when Elliot Rodger shot six people dead at the University of California Santa Barbara in May 2014 because he was still a virgin at 22 and blamed women for rejecting him.

Since then Rodger has been idolised by the groups and spawned copy-cat killings in the US and Canada.

Mr Afzal, the former chief crown prosecutor for the North West, said 10,000 people share incel views similar to Davison’s and “a small minority” of them are threats. “We have to recognise that we have a responsibility to identify them and share that information,” he told BBC Breakfast yesterday.

Mr Afzal added social media posts showed that these men view women as “some kind of lesser being” and said: “That kind of extreme misogyny of the type we have seen here and in terms of the incel community is a threat to all women and, ultimately, to all our communities.”

He added Davison was “exactly the type of person the authorities should be keeping an eye on” because he had a firearm licence and it was briefly taken off him.

He said: “You have got to think about how we deal with these men. What are they saying online? How are they being radicalised? Who is doing the radicalisation?

Jonathan Hall QC, the independent reviewer of terrorism legislation, told Radio 4’s Today: “If we see more of these sorts of attacks, then I have no doubt that it will be treated more seriously as terrorism.

“It fits rather uneasily into the way the authorities understand ideologies. It seems part of right-wing terrorism but it is not really. In fact, it is quite separate from it. It is a different sort of ideology. The question is really one of choice. Do we want to start treating incels as potential terrorists?”

And Sam Armstrong, director of communications at the Henry Jackson Society, said: “Incel violence sits right on the cusp between organised extremist terrorism and wanton violence, so little is known about it.

“The only thing we do know is that it increasingly poses a grave threat to Britain.”

Dr Kaitlyn Regehr, an expert of online misogyny, the alt-right and incel, said she had feared something would happen and that it will be followed by another atrocity.

Dr Regehr, from the University of Kent, said: “I have been concerned about what would happen during lockdown, with isolated individuals spending more time in isolation. They are also spending more time online consuming this content, becoming more indoctrinated in the incel ideology.

“My fear was that we would see heightened levels of indoctrination happening during lockdown, and when we started to reopen we had vulnerable individuals who had to be reintroduced into society — which would feel scary and overwhelming — and we might see attacks.

“And, very sadly, it has happened and I fear it might not be the last one.”

“She said those attracted to incel “feel like an outsider” but instead of mental health services giving them support “they are finding internet wormholes, essentially where they are going deeper and deeper down, and that is their support and their community.

“It will be rare but there will be a few individuals who take that violence off-screen and on to the streets. It is the same pattern of indoctrination that we see with other forms of extremist violence.”

Dr Regehr said as schools and universities return to normal there needs to be better intervention by mental health services.

She added: “It’s being face-to-face with young people and trying to redirect that often laser focus that these individuals have, where they become fixated upon this very firmly held belief.

“If we could refocus that it would be better for them and, of course, be much safer for society.”

Sir Peter Fahy, former chief constable of Greater Manchester Police, believes there should be a debate on whether misogyny should be a hate crime.

He said: “It is about the growing awareness in policing and counter-terrorism of extreme right-wing activity, which some of this falls into, and more and more disturbed people really sharing this sort of extreme material on the internet.”

He pointed out partners and ex-partners are more of a risk to women than “incels” and added: “I do think this is a threat but it mustn’t be taken out of context.”

Iman Atta, director of Tell MAMA, which supports victims of anti-Muslim hatred, said. “Davison showed signs of a hatred of women based on his own deep insecurities and with that comes the inability to form lasting, loving relationships.

“This is similar to what some within Islamist and far-right extremism feel.

“However, incel hatred is nothing like the scale of the other two, nor is it organised in the way that the other two are.”

Nurse who died with coronavirus was 'working with paper mask, gloves and pinny'