The British Army shared pictures of sodliers and officers rehearsing for the Queen’s funeral ahead of Monday. The troops and military horses rehearsed in the early hours of the morning while London was “silent”. A spokesperson wrote on behalf of the British Army wrote on Twitter: “In the early hours of this morning, soldiers and officers rehearsed for Her Majesty The Queen’s funeral. They made the most of a silent central London, ensuring that Her Majesty receives the honour due to her after a lifetime of service.”

One of the images released shows Foot Guards of the Household Division lining up in front of the Queen Victoria Memorial at 3am as part of the full dress rehearsal of the Queen’s funeral which has been declared a bank holiday by King Charles III.

Another image shows musicians from Household Division Bands marching past Buckingham Palace, while another shows the Life Guards Detachment dressed in full uniform as they prepare for the state funeral which will be held at 11:00BST on September 19.

A full rehearsal of the military procession took place around Westminster along streets closed to traffic, with soldiers seen marching in full uniform to the sound of funeral marches by classical composers such as Mendelssohn, Beethoven and Chopin.

There will also be another rehearsal on Thursday morning for the funeral’s 4,500 strong military parade. 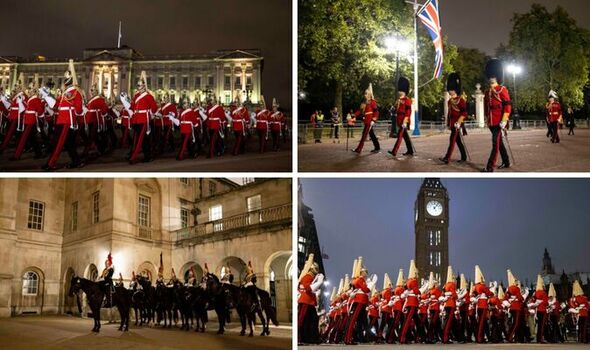 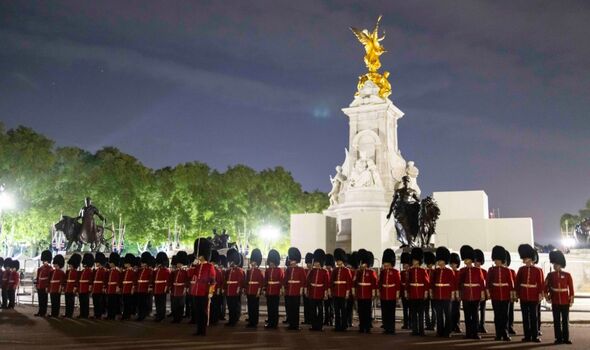 Christopher Ghika, a major in the household division, who is leading on the ceremonial aspects of the funeral, told The Guardian this week’s events represented the biggest and most complicated operation of its kind.

“These are going to be significant international events, so the eyes of the world will be upon us. I’m expecting for everybody on parade that they will deliver a very spectacular performance which will do tribute to the Queen.”

A senior time-beater Neil Brocklehurst, 46, told how it was a “huge honour” to take part in the parade, adding: “This is never going to happen again, a sovereign who’s been serving all those years. There are so many people who’ve served under her and we get to do the final thing.” 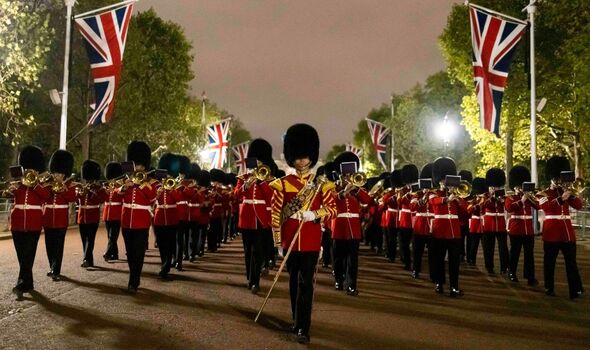 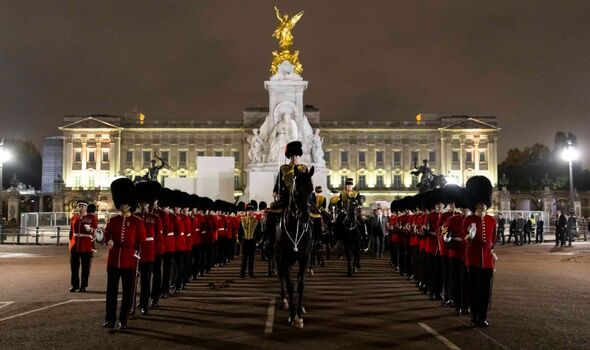 A wheel-driver in the mounted procession, Tara Kelly, 25, said the preparations had been similar to those for Prince Philip’s funeral but with “a lot more” people involved and “a lot of hours”.

She added: “With everything going on, it’s so overwhelming. Everyone’s been very positive, but in a respectful way. Even with the long hours and how tired everyone is, no one’s trying to drag their feet, they’re all working hard and getting on with the job at hand.”

Other pictures released by the British Army showed members of the Household Division, led by the Bands of the Grenadier and Scots Guards, marching along the Mall during this morning’s rehearsals.

The musicials were seen marching past Big Ben and the Houses of Parliament on their way to Westminster Hall where the Queen’s funeral will be held next week.

DON’T MISS:
Harry and William may appear reunited, but the rift is far from healed [INSIGHT]
Mourners undeterred by long queue prospect to pay tribute to the Queen [PICTURES]
Queen’s new spaniel Lissy may not live with Prince Andrew [COMMENT] 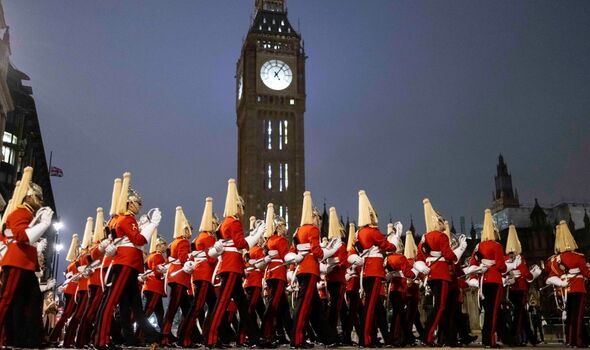 Eventually, the funeral cortege arrived at Westminster Hall during the full dress rehearsal at around 3am this morning.

One of the youngest participants is Jack Westworth, 18, an RAF gunner, who told The Guardian his “very, very proud” parents would be watching out for him before he is deployed to Iraq this autumn.

The Queen is due back in London today where she will lie in state at Westminster Hall for four days to allow the public to pay their respects. Her Majesty’s coffin will travel back to London this afternoon, accompanied by her daughter Princess Anne on the RAF flight.

Wayne Couzens could have ‘offended before’ claims criminology professor