Home » Europe » As a Syrian teen, I was inspired by a murdered British surgeon to be a doctor

When I was 16, I heard of the death of a British doctor in my home country of Syria.

A year prior, he was allegedly murdered while being held in custody by Syrian government officials, after he used his surgical expertise to help civilians in Aleppo – the Northern city in which I was born.

The doctor’s name was Abbas Khan. According to a London inquest jury, he was held in a place of detention and then killed – for doing nothing other than saving innocent lives. The Syrian government has always maintained Khan took his own life.

As a Syrian in diaspora, his death had a profound impact on the trajectory of my life. I wouldn’t be who I am today without him.

I was only several months old when my family moved to the UK in 1997. Hailing from a working-class family from the rural Idlib countryside, my father was given the rare opportunity to move to the United Kingdom to train as a psychiatrist.

Due to the nature of his training, we moved across England, Wales and Northern Ireland and eventually settled in the Northwest of England.

I very much grew up as any other British person – though I must admit that there was always an element of shame of being from an Arab Muslim household, particularly in a post 9/11 and Iraq war society where racial tensions against the demographic were stiflingly high.

Racial abuse and bullying from peers at school wasn’t hugely present during my childhood, however my brother, who had darker skin than myself would tell you otherwise.

Still, I essentially grew up as a self-hating Arab boy who was too ashamed of celebrating his Syrian identity. I was very hesitant in learning Arabic, even avoiding speaking it at home to my parents. To this day, this is one of my biggest regrets.

I currently speak Arabic with a less-than-impressive broken accent with obvious grammatical errors. I can, however, understand dialogue and can read with no problem. There is still a lot of room for improvement, however I’m very proud of how far I’ve come.

I was never fully in touch with my homeland until the Summer of 2011, where I stayed in Aleppo with family and friends. Prior to that, we never had the chance to visit the country frequently due to visa issues. However, as a compromise, our relatives often visited us in the UK.

The Syria I had envisioned as a child was a lot different to the country I visited in my adolescence. There was an overwhelmingly visible class divide in Aleppo – which really showed as I would transit between the neighbourhoods of relatives from one side of the family to the other. 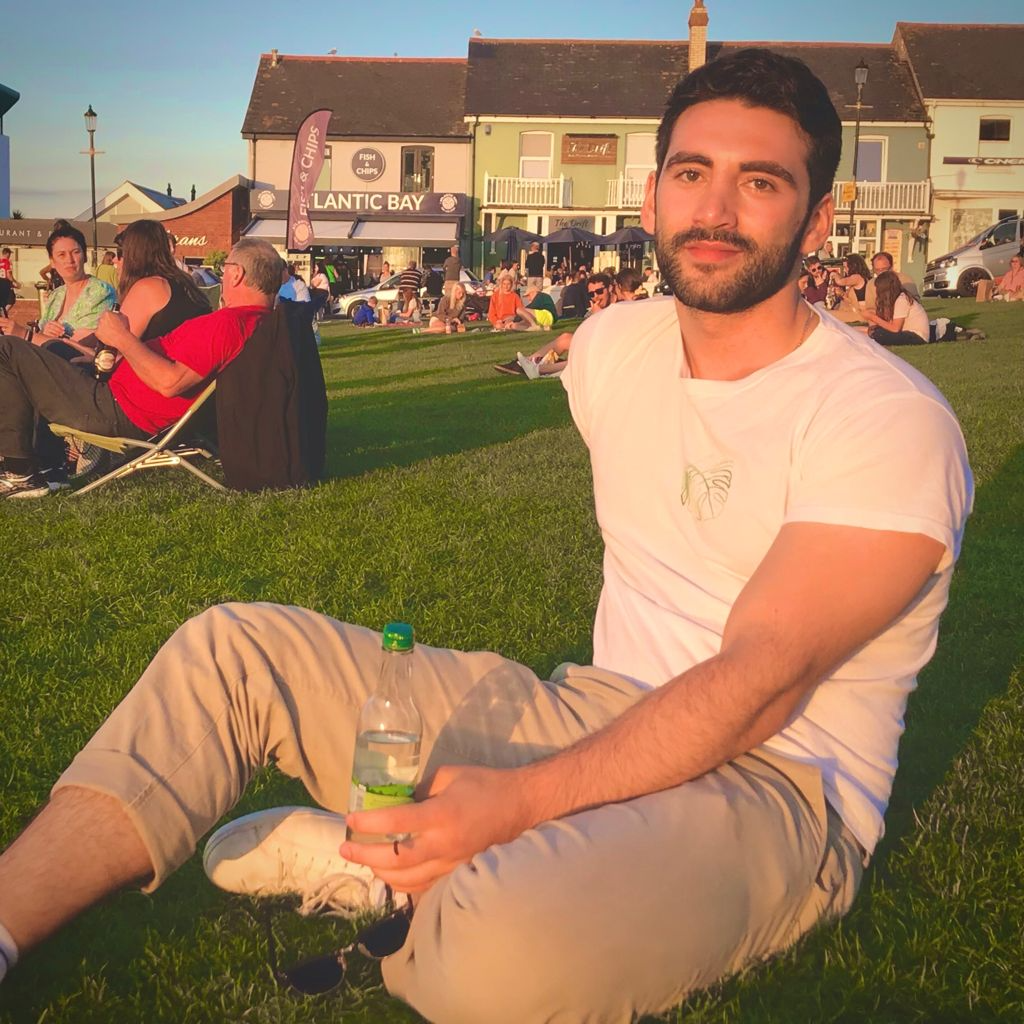 The kindness and hospitality of the people of Aleppo was perhaps the biggest highlight of my time there. I always wonder to myself where the smiling baker from Sayf al Dawla or the humorous ornamental box seller in the old Souk (market) are and how they’re doing. I wonder a lot about the people who I shared those brief moments with.

When the Syrian Revolution began in 2011 – as a result of the broader Arab Spring movement that swept the whole region – I followed the events religiously. From protests in cities to atrocities committed by government forces. When I was there in 2011, there was a lot of tension in the air in Aleppo, where demonstrations hadn’t fully taken off just yet.

I remember the anxiety in people’s faces and the vagueness of coverage on Syrian State TV. ‘Terrorists’, ‘troublemakers’, ‘American puppets’ was the usual terminology used to describe the protests that had started spreading across the country.

I knew things were going to get ugly, but not even in the deepest recesses of my mind could I have fathomed that the entire country would essentially be scorched to ashes and emptied of half of its inhabitants.

Back in the UK, I felt trapped. I felt useless and I felt powerless. As I watched raw, graphic footage of normal citizens of my home country being brutalised by the regime, it changed me into a different person. It caused me a lot of trauma. Trauma that still hasn’t been fully addressed and reconciled with, over a decade later.

Though the events in Syria caused many immeasurable grief, I found some solace in seeing the good in people there. I was largely inspired by the work of Syrian media activists and journalists who risked their lives to share with the world what was happening on the ground in Syria.

One major influence was Marie Colvin, a distinguished veteran American journalist who – according to Judge Amy Berman Jackson of the US District Court in Washington DC – was the victim of a ‘targeted murder’ while covering the siege of Homs in 2012.

For that reason, I was incredibly geared towards becoming a journalist. The events in Syria fuelled my newfound desire to learn to read and understand Arabic so that I could keep up with the information disseminated by media outlets.

Though I still have nothing but the utmost respect and admiration for the profession and its brilliant people, it was hearing about Dr Abbas Khan’s death that shaped my future.

When I learned of his passing in 2013, I was still in an extremely traumatic state of mourning, having just lost my dearest cousin and grandmother to the conflict in Aleppo only a month prior. I was in a very emotionally drained state of mind. To say my life felt black and white would have been a modest description.

Hearing of someone (who had no direct relations to the country nor its people) decide to go there with no agenda other than to save lives and alleviate suffering really altered the circuitry of my teenage mind.

To know that there were people in this world who put the lives of others before their own, risking everything, including the comfort of living in the UK with a loving family, a secure job and good quality of life. To journey directly into the eye of the storm – which for the past couple years has brought nothing but death and destruction – altered my cognition and comprehension of the human condition.

I wanted to become a surgeon just like Dr Khan. I even applied to King’s College London, the medical school which he graduated from.

Though I did not get into King’s, I had the greatest privilege of studying medicine at Brighton and Sussex Medical School. Medical school wasn’t easy, and oftentimes I was left demotivated and exhausted. Nevertheless, the notion of why I chose to become a doctor always uplifted my spirits and helped me power through.

It is worth mentioning also that the medical school was so accommodating and supportive throughout my degree, particularly when I was going through a very rough time having recently been diagnosed with PTSD from a road traffic accident. I cherished every day of living in Brighton, spending time with some incredible people who I got to know and love.

When it finally came to graduating, I wanted to pay tribute to the British doctor who inspired me. I wanted his mother, Fatima, (who I had never previously spoken to, nor her family) to see that her son left a positive imprint on this earth even after tragically leaving it.

I wanted his family to know that somebody still remembers his story. I printed a photo of Dr Khan and put it in a frame to be taken with me on the photoshoot for my cohort’s graduation.

I shared the photo on Twitter and Instagram with the intention for his mother to see, however my photo became viral quickly. It moved a lot of people. People who were both well-informed and not of the situation in Syria.

It honestly came as a huge surprise to me. The morning after I tweeted the photo, Dr Khan’s sister Sarah replied, asking who that boy was and if she could get in contact with him. Naturally, I replied saying that it was me. That exchange of replies went viral, too.

A week later, I met Sarah and her brother Shah, who is an orthopaedic surgeon. It was very moving to meet the family of my biggest inspiration.

Over the last few weeks, I have had the privilege to share this story to multiple news agencies across the world, as well as emphasise the point that healthcare workers and first-responders are still being targeted in Syria by state actors, and there are no mechanisms held in place by the international community to stop or punish those responsible for these heinous crimes.

Just like from day one, I wish to become an orthopaedic surgeon just like Abbas Khan and go to areas of the world where help is urgently needed.

I am fully aware that the journey ahead of me is a long and difficult one, however my determination remains unhindered, if anything, it has only grown.