Home » Europe » As Brexit Deadlines Loom Once Again, the Posturing and Bickering Begins

Prime Minister Boris Johnson is threatening to cut off negotiations by Oct. 15 if there is no progress. The European Union says the British are not negotiating. 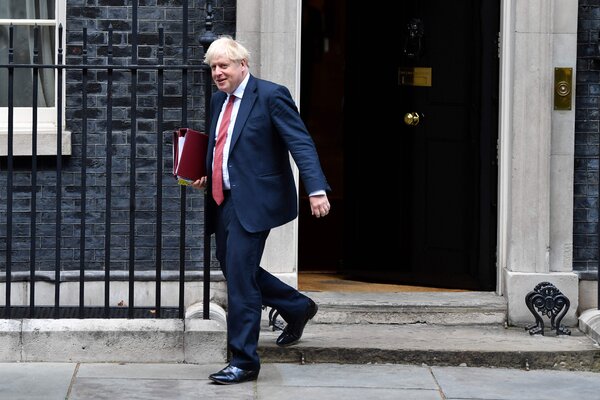 LONDON — Bellicose threats to walk away from the bargaining table. Defiant assertions of British sovereignty and promises not to become a “client state” of Europe. Ominous talk of a hard border rising again across Ireland.

Seven months after Britain exited the European Union, its negotiations with the bloc over a permanent trade agreement have fallen into an eerily familiar cycle of recrimination, brinkmanship and warnings of a “no-deal Brexit,” the same dire scenario that dominated British politics this time a year ago.

On Monday, Prime Minister Boris Johnson threatened to break off the talks if there was no deal in place by Oct. 15, two and a months before the official deadline of Dec. 31. And his government prepared legislation that could undermine parts of the political agreement, relating to Northern Ireland, that it struck last October to withdraw from the bloc after 47 years.

Yet for all the Groundhog Day-like similarities, Britain is in a very different place than it was a year ago — cast off from Europe, consumed by the battle against the coronavirus and facing an economic crisis that has already sapped the popularity of Mr. Johnson’s Conservative government.

That gives Mr. Johnson far less leverage to push the European Union on the disputed points of state subsidies of British industry and fishing rights, according to experts. Brussels has shown no sign of yielding, particularly on the subsidies, all but guaranteeing that the latest round of talks, this week in London, will end in deadlock.

Mr. Johnson seemed to be preparing the ground for some kind of breakdown, insisting that a no-deal Brexit would be a “good outcome” for Britain that would give it control over its laws and fishing waters, and free it up to make trade deals with other countries, including the United States.

“We will prosper mightily as a result,” he declared. 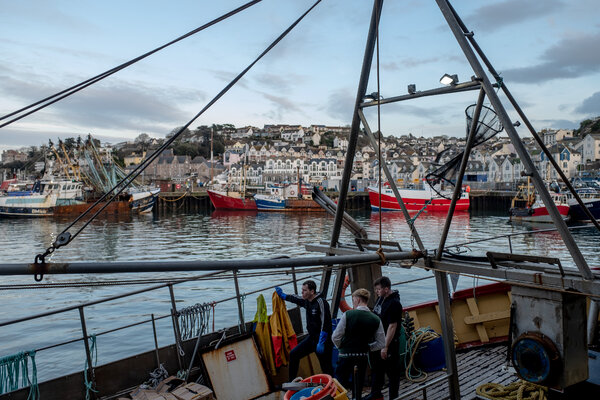 Analysts dismissed much of this as posturing, aimed at hard-line Brexiteers in his own party and designed to send a message that Mr. Johnson will be tougher with the bloc than his predecessor, Theresa May.

But the legislation affecting Northern Ireland, first reported by The Financial Times, was an unexpected development that could have far-reaching consequences, not just with the Irish, but also with the European Union and the United States.

Under the terms of its withdrawal agreement, Britain signed up to a complicated series of customs arrangements that would preserve an open border on the island of Ireland. The proposed legislation would give Britain a free hand in how it decides to implement those arrangements if it does not reach agreement with the bloc — an aggressive move that drew expressions of concern from Irish and European Union leaders.

Royal shock: The surprise woman Harry seen with at Invictus Games as Meghan stays at home

How has the coronavirus pandemic impacted Brexit – is it still going ahead??