Home » Europe » As death toll falls to new low, has Britain turned a corner on the deadly coronavirus? 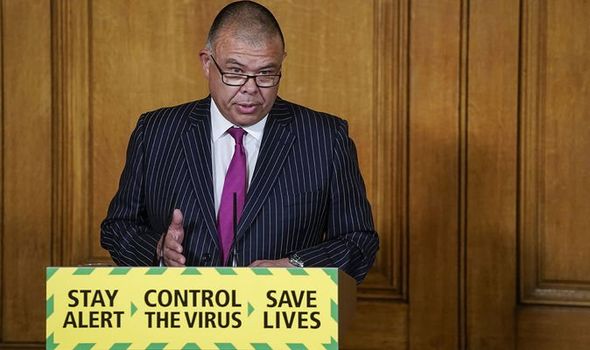 Jonathan Van-Tam, the deputy chief medical officer for England, said: “Everywhere the numbers of patients with COVID-19 is now in a sustained decline – very good news.” Figures showed an estimated 678 patients were being treated for coronavirus in hospital in England on May 16, down from 701 a week earlier. Professor Van-Tam told the Downing Street coronavirus briefing the daily death toll was now showing “a consistent and solid decline”.

Earlier Health Secretary Matt Hancock revealed that the Government’s test-and-trace effort is being massively expanded to check possible infections in anyone over the age of five.

He also said more than 21,000 staff have been recruited to a national army of contact tracers to hunt down the spread of the virus across England.

But ministers faced questions about the pace of the test-and-trace programme after a Downing Street official admitted a mobile phone app for users to log coronavirus symptoms is still weeks away.

Mr Hancock said: “Following the massive ramping up of our National Testing programme, anybody with symptoms of coronavirus in the United Kingdom is now eligible for a test. This is a huge step forward in our plan to slow the spread of the virus, protect the NHS and give the peace of mind these tests can bring.

“We will continue to give priority for NHS staff and care home residents and workers in order to protect our most vulnerable.”

In a Commons statement, the Health Secretary told MPs: “We are expanding eligibility for testing further than ever before. Over the past six weeks, this country has taken a small, specialised diagnostics industry and scaled it at breath-taking pace into a global champion.

“Yesterday we conducted 100,678 tests. Every day we are creating more capacity and that means more people can be tested, and the virus has fewer places to hide.

“Today, I can announce to the House that everyone aged five and over with symptoms is now eligible for a test. That applies right across the UK in all four nations from now.” 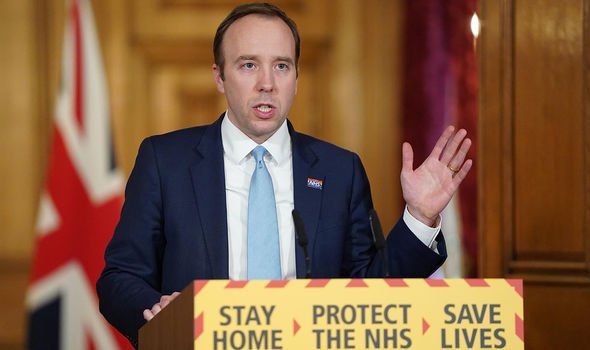 They will be able to apply for a test online or by calling the NHS helpline, he said.

Mr Hancock said that the contact tracing effort will be supported by the new NHS COVID-19 mobile phone app which is being trialled on the Isle of Wight.

He faced questions from Labour over his previous claim the app would be available by “mid-May”.

Shadow health secretary Jonathan Ashworth said: “Test, trace and isolate is fundamental to managing and controlling this virus and safely easing lockdown – yet the Government’s approach has been increasingly chaotic, with misstep after misstep.”

The Prime Minister’s spokesman yesterday said: “It remains our aim to roll out the app across the country in the coming weeks.”

At yesterday’s Downing Street daily briefing, Professor Van-Tam said that the testing programme needed to be “bigger and faster”.

He said: “We are sending a clear message as scientists that it needs to be fast and we need to work as hard as we can to improve the timeliness of the testing system as we go along.”

But Professor Van-Tam said the country had to prepare in case COVID-19 came back in the autumn and winter.

Only once there was a vaccine that is “really capable of suppressing disease levels” will the country be “out of this”, he said.

He added: “We may have to live, and learn to live, with this virus in the longterm, certainly for many months to come if not several years.”