The prime minister’s delaying strategy carries severe risks if he misplays his hand, with the pandemic worsening and a Brexit deadline approaching. 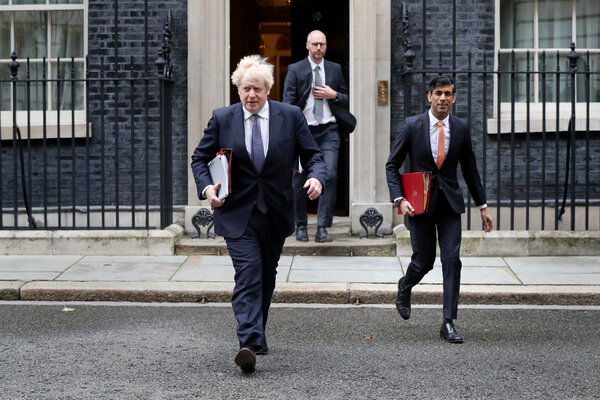 By Mark Landler and Stephen Castle

LONDON — Prime Minister Boris Johnson has reached a moment of truth on the two issues that have dominated Britain this year: the pandemic and Brexit negotiations with the European Union. But he is still playing for time — a strategy that could put lives or livelihoods at risk if he waits too long.

On Thursday, Mr. Johnson inched closer to imposing a second lockdown on the country, moving London to a higher level of restrictions and signaling that he wanted to move Manchester to the highest level, joining Liverpool. But he stuck to his claim that the best way to curb the virus was through targeted responses, not the two-week nationwide lockdown pushed by the opposition Labour Party and his own scientific advisers.

The prime minister also seemed ready to string out trade talks with Brussels, letting a self-imposed deadline pass on Thursday without a deal. While Mr. Johnson could torpedo the negotiations on Friday, after a two-day summit meeting of European Union leaders, analysts said the British government still appeared eager to strike an agreement by the legal deadline of Dec. 31. 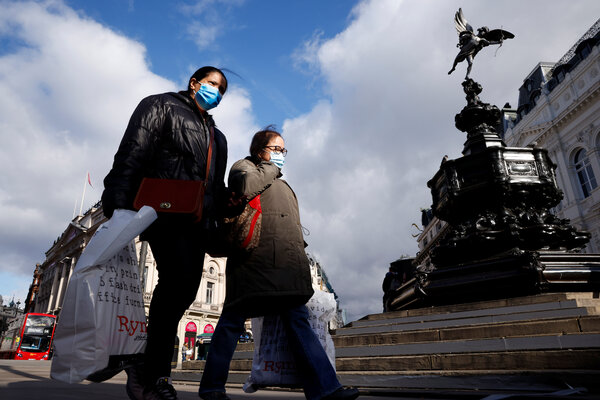 For Mr. Johnson, Brexit and the virus are linked: the economic turmoil unleashed by the pandemic has raised the pressure on him to avoid the self-inflicted disruption of a ruptured negotiation with the European Union, and the damaging prospect of beginning the new year without a trade agreement in place.

Yet his reluctance to move decisively on either of them, analysts say, risks making both worse.

Dragging out the talks with Brussels could put Britain in a bind if the two sides hit an impasse as the clock runs out. Putting off a short lockdown — which experts have dubbed a “circuit breaker” — could vitiate its effectiveness in curbing the virus’s spread and necessitate a longer lockdown later, according to medical experts.

“If you’re going to do it, do it early, fast and hard,” said Devi Sridhar, chair of the global public health program at the University of Edinburgh. “The longer they delay, the less likely a two-week circuit breaker will work.”

Scientists have proposed that the government schedule the temporary lockdown for the last week of October and first week of November, when schools are closed for mid-term break, to make it less disruptive. But some experts questioned whether that would leave enough time to prepare the public for the restrictions.

Britain has missed its chance at earlier action on a mid-term lockdown that might have stemmed the latest surge, but it could still be valuable in slowing the spread, said Graham Medley, professor of infectious disease modeling at the London School of Hygiene and Tropical Medicine, who advises the government. “We haven’t missed the boat of it epidemiologically as a strategy,” he said.

Vaccines could be offered to children amid Freedom Day opening – ‘Expect it very soon!’

Cummings goes into Downing Street as MPs demand his resignation