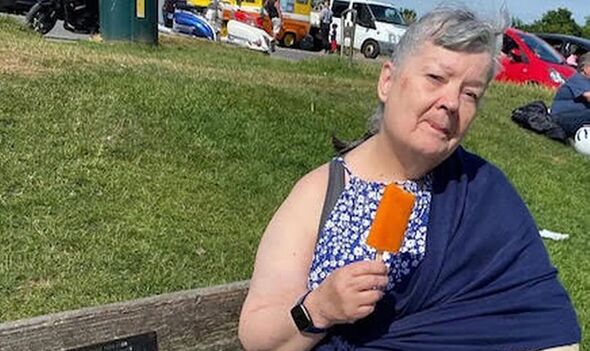 An Asda delivery driver “saved” a vulnerable pensioner after noticing a smell of gas in her home.

When the man, Rodney, handed Jacqueline Seanor, 67, her groceries on Sunday, he could smell a weird odour from the property. Jacqueline was urged to call the gas emergency service Cadent and an engineer quickly arrived.

Tests found that Jacqueline would have risked her life and those of her neighbours had she lit a candle in the property in Thornton, Merseyside.

Just hours earlier a gas blast killed several people in a block of flats in Jersey.

Jacqueline’s daughter Michelle, who lives 250 miles away from her mum in Portsmouth, Hampshire, said: “If it wasn’t for Rodney and James my mum might not have been here right now if she lit a candle. She was already almost a goner as she was in hospital as blood clots got in her lungs.

“I just can’t thank them enough for saving not just my mum, but my family and possible even her neighbours’ lives.”

The 37-year-old woman told Liverpool Echo the engineer had to shut off the gas on Sunday.

Michelle continued: “A man called James came almost immediately and ran tests, he said the gas should be between low and mid but it was very high. He then shut off the gas and filled out loads of forms which put her at the top of the list because she is vulnerable.

“He then went back to the office and came back with two heaters, a thick blanket, and some socks to keep her warm in this weather. He also brought her a hot plate as she told him her oven wasn’t working.

“My mum wasn’t able to smell anything and because she’s vulnerable and things don’t always click right away, she didn’t really understand what the delivery driver was saying.”

Jacqueline did not need any medical help after Cadent found the leak and is now waiting for an engineer to visit her home and find the source of the leak.

Brick by Lego brick, teen builds his own prosthetic arm