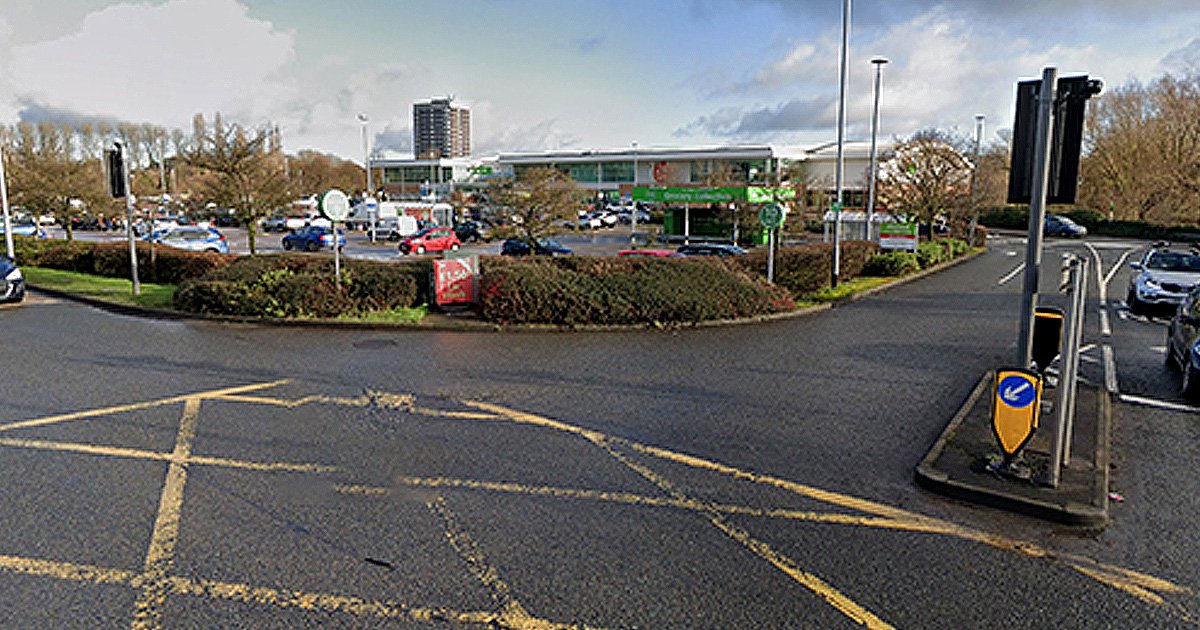 The bomb squad was called to a branch of Asda upon reports a suspicious package had been found.

The supermarket in Stafford had to be evacuated and people were asked to leave a nearby leisure centre as a 100m cordon was placed around the site.

Police were called at 5.50pm with witnesses reporting that the package was seen on the floor close to a cash machine.

Another witness told Staffordshire Live that ‘Asda and Primark are cordoned off. Shoppers were told to leave their bags and exit the stores.’

Roads surrounding the site were also closed and the local bus company was forced to suspend some services.

Police later confirmed the package was found to be ‘non suspicions.’

A Staffordshire Police spokesman said: ‘Emergency services have now been stood down at Asda in Stafford after a package was found to be non-suspicious.

‘Officers, along with Staffordshire Fire and Rescue Service and West Midlands Ambulance Service, attended the scene and a cordon was put in place as a safety precaution.

“Officers would like to thank members of the public for their patience and support while this incident was dealt with. An investigation is ongoing.’

Kate Middleton shock: What would Kate’s life have been like if she never married William?