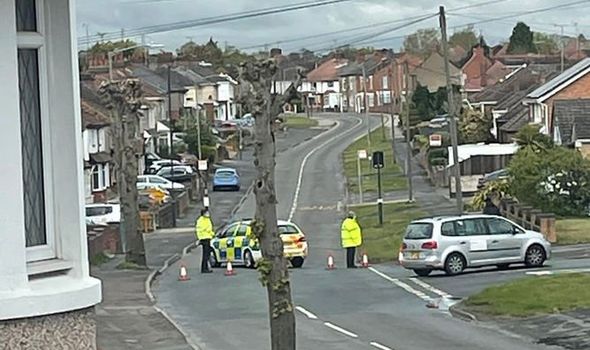 The teenager needed specialist trauma care at the scene and was dashed to hospital. He was struck at around 8.40am this morning in Bedworth, Warwickshire, police claim.

But he has been detained on suspicion of failing to stop and dangerous driving, after police claimed the Asda delivery van drove from the scene on a residential road.

PC Craig Pearson, from Warwickshire Police Roads Policing Unit, said: “Our thoughts are with the family of the boy after he suffered such serious injuries in this collision and we will ensure they get the support they need.

“We have launched a thorough investigation to try and piece together the events leading up to the collision and are appealing for any witnesses, anyone with dash cam footage or anyone with any other information to call us.

“We’re especially keen to speak to anyone who saw the Asda van in the moments leading up to and following the collision.”

The suspect remains in police custody where he is due to be questioned.

A spokesman for West Midlands Ambulance Service said: “Ambulance staff arrived to find a teenage male, the pedestrian, in a serious condition

“He received specialist trauma care at the scene before being transported to Birmingham Children’s Hospital. The doctor from the Critical Care Car travelled with the patient to help continue treatment en route to hospital.”

Anyone with any information about the collision, who was in the area at the time or has dashcam footage should call Warwickshire Police on 101, quoting incident 62 of May 4.

Queen fury: Prince Harry to return to UK without Meghan after ‘stepping over the line’