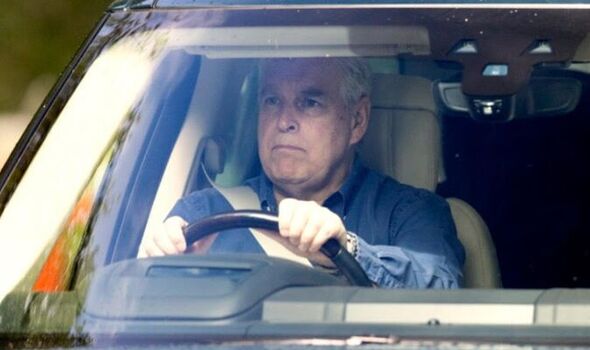 The Duke of York, 62, broke cover the day after the British socialite was handed 20 years behind bars in the US for sex trafficking young girls for billionaire paedophile Jeffrey Epstein.

Andrew looked pensive as he was pictured driving near Windsor Castle on Wednesday morning.

The 62-year-old went horseriding around the grounds of the royal residence.

It comes after a New York judge sentenced Maxwell to 20 years in prison on Tuesday.

The 60-year-old helped entice vulnerable teenagers to Epstein’s various properties for him to sexually abuse between 1994 and 2004.

She was convicted of five offences in December last year, including sex trafficking minors, conspiracy to entice a minor to travel to engage in illegal sex acts, and conspiracy to transport a minor with the intent to engage in criminal sexual activity.

Her accusers came face to face with her as several women read victim impact statements to the court – describing her as a “manipulative, cruel and merciless person.”

At the hearing on Tuesday, the socialite apologised to her victims, saying she hopes her sentence will allow them “peace and finality”.

Maxwell said meeting Epstein was the “greatest regret of my life” and that she wanted to “acknowledge the suffering” of her victims.

“I know my association with Epstein will follow and forever stain me,” she said addressing the court moments before her sentence was handed down.

“It is the greatest regret of my life that I ever met Jeffrey Epstein.”

Addressing her victims directly, she said: “To you, all the victims that came to today inside the court and outside…I am sorry for the pain you have experienced.

“I hope my sentence… brings you closure… peace and finality. To help you put those experiences in a place that helps you move forward.”

Maxwell said the knowledge of the effects of her crimes “tortures me every single day”, and that she hoped the sentence “brings this terrible chapter to an end and… help you travel from darkness into the light”.

Sentencing Maxwell to 20 years in prison, Judge Alison Nathan told the court she “repeatedly, and over the course of many years participated in a horrific scheme to traffic young girls, some the age of 14”.

Judge Nathan said it was important that although “Epstein was central to this scheme” she was not being sentenced “as a proxy” for him.

She said: “The defendant’s conduct… was heinous and predatory.

“Ms Maxwell worked with Epstein to select young victims who were vulnerable and played a pivotal role in facilitating sexual abuse.”

Continuing her sentencing remarks, Judge Nathan told the court: “The damage done to these girls was incalculable.”

The judge said Maxwell’s victims were forced to live through the “painful, horrific and lasting impact of that trauma”.

She continued: “Those who engage in and facilitate sexual abuse will be held accountable by the law. Whether you are rich or powerful, nobody is above the law.”

Andrew’s reputation was severely tarnished by his involvement in a civil sexual assault case brought against him by Virginia Giuffre in the US.

He has always strenuously denied the allegations and the settlement earlier this year was not an admission of guilt on his part.

The Queen’s second son stepped back from public duties in 2019 following his disastrous Newsnight interview about his association with disgraced financier Epstein. 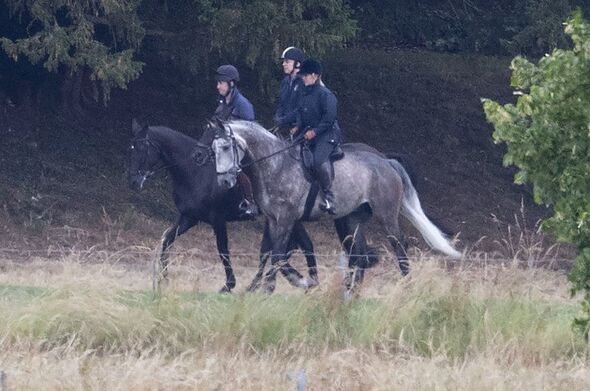 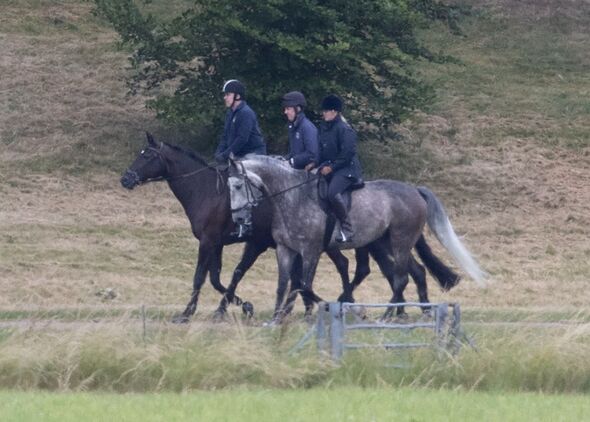