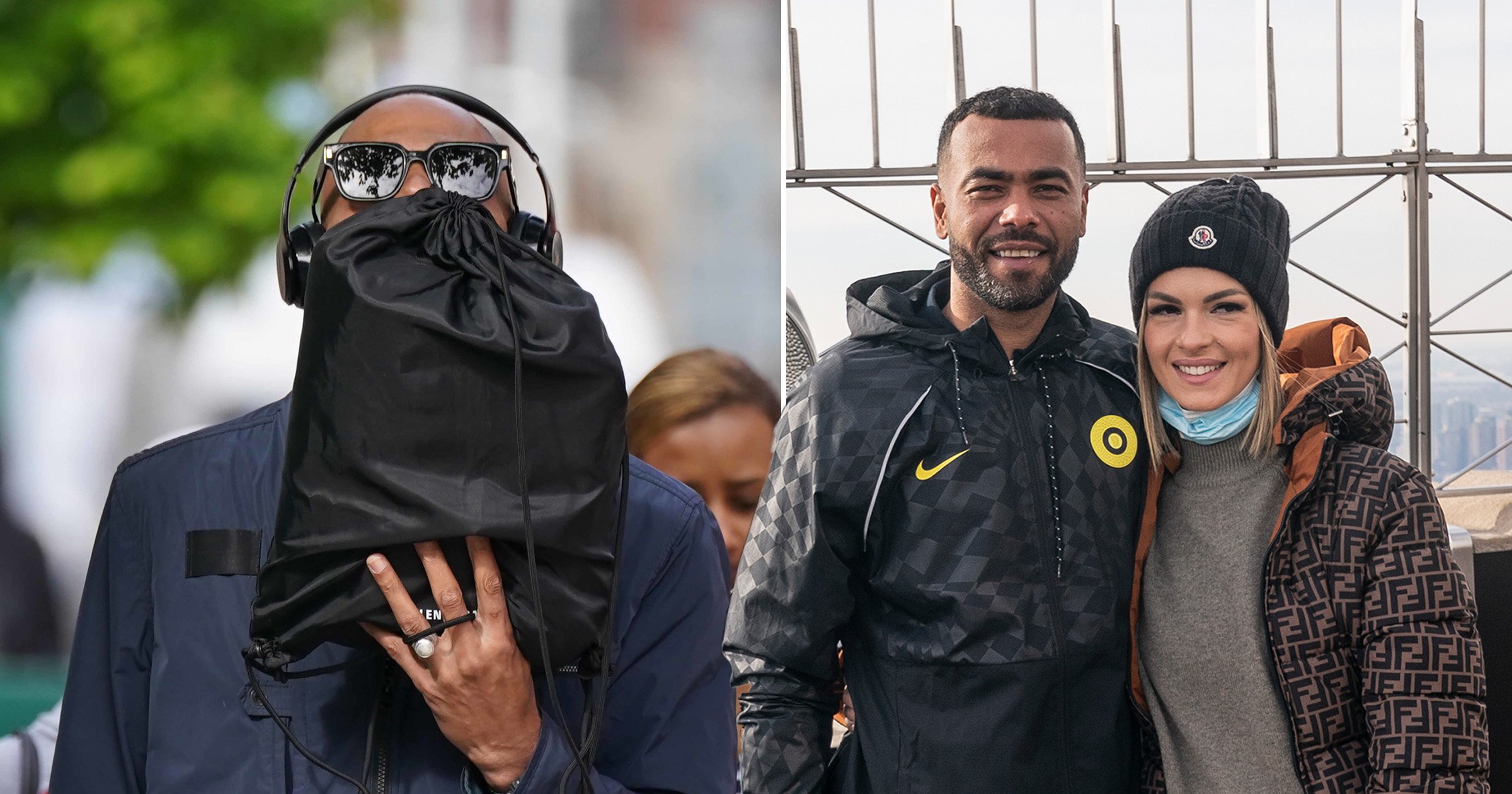 Former England footballer Ashley Cole says he ‘knew’ he was ‘going to die’ as masked robbers smashed into his home, a court heard.

As soon as he put on Netflix to unwind for the evening, he recalls hearing a loud ‘banging sound’ which was ‘vibrating up the walls’ from outside.

The ex-Arsenal, Chelsea and Derby defender got out of bed and told his partner Sharon Canu: ‘This is why I should keep a weapon, like a golf club, in my bedroom.’

It turns out the commotion on January 21, 2020, was a group of raiders breaking into his Surrey home using a sledgehammer, jurors heard.

Mr Cole told how he checked his property’s CCTV on his phone and saw the group carrying a ladder towards his balcony.

He says he stepped outside onto the upstairs terrace, swore at the intruders, and shouted: ‘Help me, someone is trying to get into my house.’

The raiders then turned around and started to run away, Mr Cole recalls, but then at least four people burst out of a bush and ‘charged’ towards his ground floor windows.

‘By this time I knew now, I am going to die. Like, I have my kids in the house, I have no one to help. It’s just us now,’ he told police during a tearful interview.

‘I tried to shout on the balcony as loud as I could. I waited really either to be killed or I would never see my kids again.’

He says he heard the window smash, followed by ‘lots of footsteps running up the stairs’.

Mr Cole said he went to get his young daughter while Ms Canu fetched their son. He added: ‘I thought if I hide maybe they’re going to be more angry, and if I have got my baby on my lap they won’t hurt us.’

Mr Cole was then grabbed by the neck and told to let go of his baby, but he said he refused to leave his daughter.

‘He could see I wasn’t getting up easily and he was pushing my head forwards a little but harder and said “give me your arms, put your hands behind your back”,’ he added.

Jurors at Nottingham Crown Court heard how the intruders then bound Cole and Ms Canu’s hands with black cable ties.

‘I’m still in my pants and I remember thinking “what’s going to happen?”,’ Mr Cole said in the interview.

‘I can see Sharon is crying. My son, he’s seen my hands being tied behind my back, and I looked at him and saw his face – he was just white.’

The England star said he was ‘slumped down on his knees’ after being taken downstairs and asked where the bleach was.

‘I thought they were going to torture me. I thought he was either going to put bleach on my face, burn me or set me alight,’ he added.

Mr Cole says the robbers got more and more aggressive as he said: ‘I don’t have nothing’.

Just as the raiders appeared ready to cut off his fingers with electrical pliers, they suddenly fled as police arrived.

Jurors heard how the thieves made off with watches, mobile phones, cash, a Gucci bag, headphones and a BMW smart key.

Kurtis Dilks, 34, is charged with being part of the gang who allegedly smashed their way into the home.

Nine other men are also on trial for their alleged part in the series of ‘ruthlessly executed’ burglaries – including the theft of a £3.5 million tiara.