Britain has secured a 15 period for Australia to gain tariff-free access to its agriculture market, a political consultant has said. Jim Middleton told Sky News Australia that Australia had originally wanted immediate access to the market. Boris Johnson confirmed on Tuesday that he and Australian Prime Minister Scott Morrison had reached the broad terms of a free trade deal between their two countries.

The deal, once finalised, will be the UK’s first from-scratch free trade deal since leaving the EU.

However, Jim Middleton played down the significance of bilateral trade deals in the grand scheme of international trade.

He told Sky News Australia: “There’s still it would appear much to be done, and in particular on the question of agriculture which is always a sticking point in trade deals that Australia does with other nations.

“Australia wants tariff-free access to the British market immediately, and the British seem to be offering 15 years which is a very, very, very imperceptible glide path as far as this is concerned.

JUST IN:  ‘We were shocked’ Tyneside councillor: There was no discussion on order to take down flags 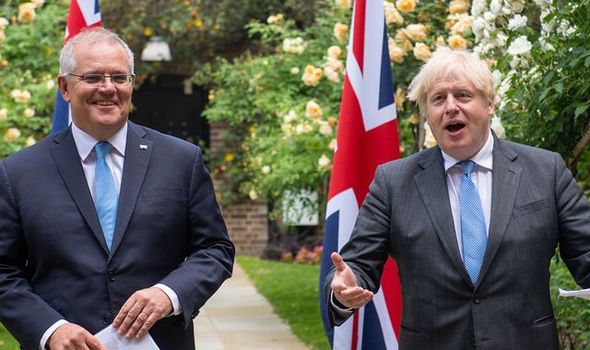 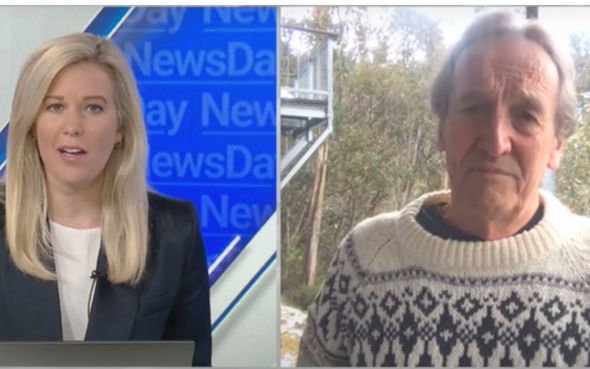 “It’s not that long ago that we were talking loudly and proudly about the free trade agreement with China, look where that’s ended up.

“The big breakthroughs as far as Australia’s concerned have been multilateral.

“That is when agriculture was introduced into the tariff discussions back in the 1980s and then with the breakthroughs on tariff in the age of Pacific with APEC as well.

“They’re much more important than these free trade deals. Leaders like them, they get a bit of a pat on the back and a bit of publicity for a little while but in the end they don’t matter a huge amount.

“But it matters in terms of public projection for the British audience, for Boris Johnson he needs it, Scott Morrison wants it.”

Although China has been a key trading partner for Australia for several years, relations between the countries have soured since Australia called for an investigation into the Chinese origins of COVID-19. 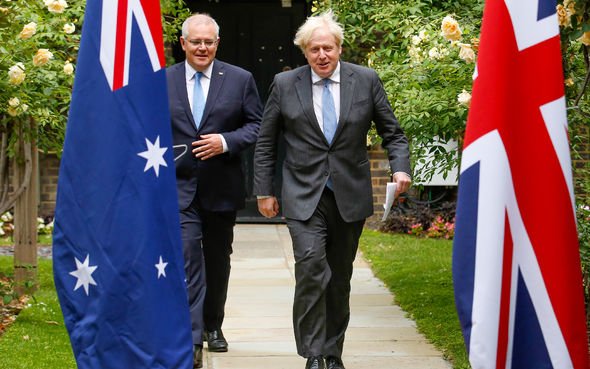 China responded by imposing trade barriers on the country, and Australia has since cancelled its commitments to Beijing’s Belt and Road infrastructure project.

The new UK-Australia trade deal is anticipated to grow the UK economy by 0.02 percent over the next 15 years.

The 15-year cap on tariffs of agricultural goods was introduced after concerns from British farmers that the market would be flooded with cheaper Australian goods.