Home » Europe » Australians face five years in jail and £37,000 fine if they return from India 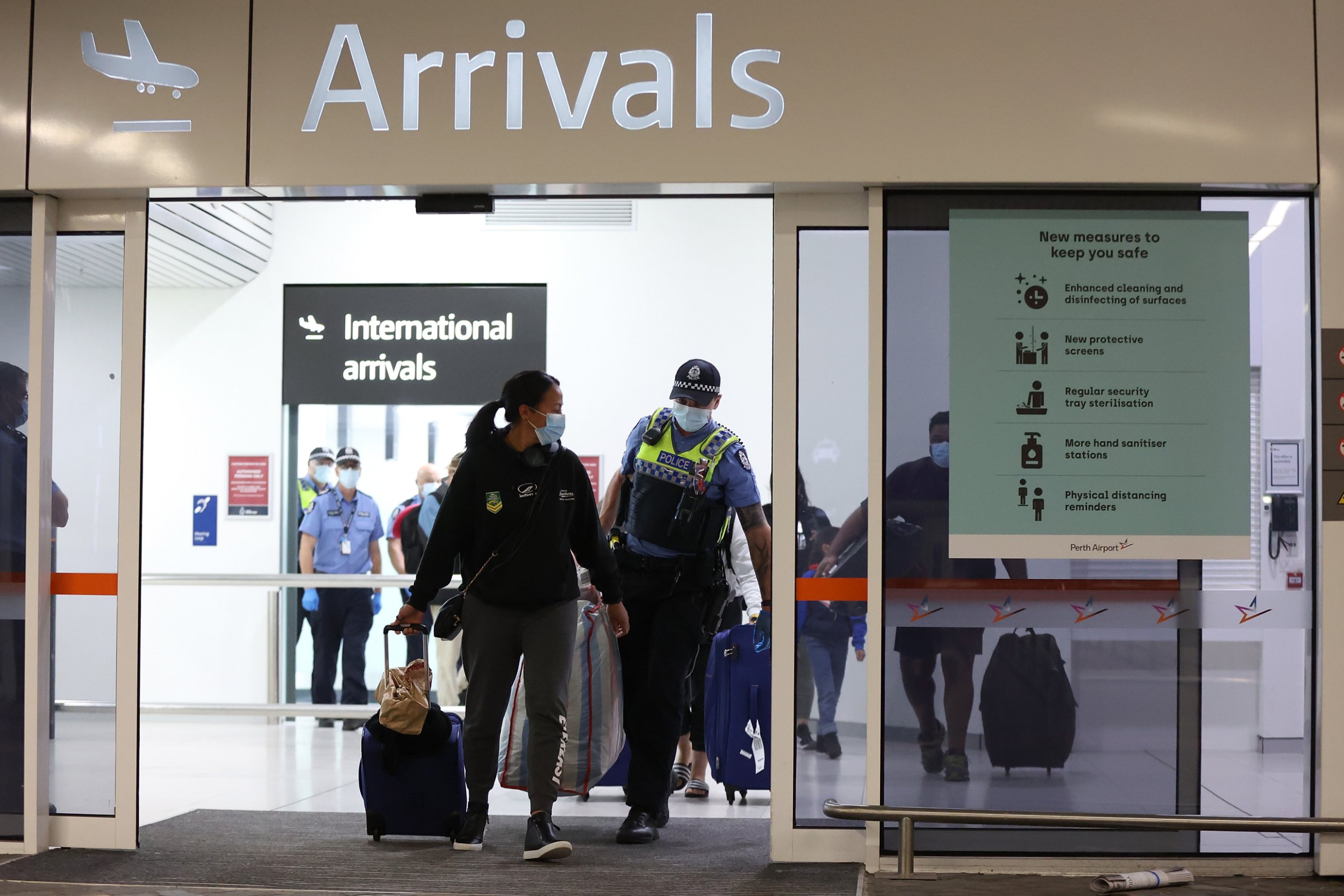 Australians returning home from India could face up to five years in jail and a £37,000 fine in a controversial new crackdown on travel.

The route from India to Australia will be made temporarily illegal while all flights from the Covid-embattled country have been banned.

Australia’s health ministry said the historic move was made ‘based on the proportion of people in quarantine who have acquired a Covid-19 infection in India’.

It is the first time Australians have been potentially criminalised for returning home, with doctors and rights groups blasting the decision as ‘disproportionate’, ‘outrageous’ and ‘racist’.

It has effectively left 9,000 Australians in India without a home to return to, 600 of whom are classed as vulnerable.

GP and health commentator Dr Vyom Sharmer told ABC: ‘Our families are quite literally dying in India overseas… to have absolutely no way of getting them out – this is abandonment.’

Effective from Monday, anyone who has been in India within 14 days of their intended arrival date in Australia will be barred from entering the country.

‘The government does not make these decisions lightly,’ Health Minister Greg Hunt said in a statement.

‘However, it is critical the integrity of the Australian public health and quarantine systems is protected and the number of Covid-19 cases in quarantine facilities is reduced to a manageable level.’

But human rights groups criticised the policy and said Australia should instead improve its quarantining methods.

‘This is an outrageous response. Australians have a right of return to their own country,’ Human Rights Watch’s Australia director, Elaine Pearson said in a statement.

‘The government should be looking for ways to safely quarantine Australians returning from India, instead of focusing their efforts on prison sentences and harsh punishments.’

The tougher rules on India have been brought in after several people, including cricketers, skirted a direct travel ban implemented on Tuesday by travelling via other destinations such as Doha.

It comes as India’s death toll from the virus surpassed 200,000 this week and its caseload crossed the 19 million threshold.

The situation has been worsened by the discovery of virulent new strains and a wave of political rallies and religious festivals which have been described as ‘super-spreader’ events.

But Neela Janakiramanan, an Australian surgeon with family in India, suggested that the decision to ‘criminalise’ Australians returning from India was ‘racist’.

‘Indian-Australians are seeing this as a racist policy because we are being treated differently than people from other countries who have had similar waves of infection like the US, the UK and Europe.’ he said.

‘It is very hard to feel anything other than targeted as an ethnic group.’

A spokesman for Australia’s Health Minister vehemently denied a biased or racist motive behind the policy, saying it applied to ‘all people no matter their nationality, race or religion’.

It comes as Australia’s US Ambassador Arthur Sinodinos said the country could keep its borders closed until the whole world becomes vaccinated against Covid-19.

Sinodis made the comments at an online forum for the Hudson Institute, adding that despite it costing billions to the economy, it could be years before Australian citizens get on a plane or return home without needing to quarantine.

Australia’s man in Washington believes that despite his home country planning the be fully vaccinated by the end of this year, it may take a lot longer for the country to open up as strict lockdown and travel restrictions have proven popular with the voting public.

‘Until the world as a whole is vaccinated, and I’m thinking here of India, and other places, then we’re never going to be completely out of this,’ he said.

He added: ‘For us there’s a real economic imperative to getting borders open.

‘We have major industries like international education which require people coming in, immigration has been a big driver of Australian growth and that’s really tailed off.’

Australia currently has no community transmissions and has almost completely eradicated the virus.

The harsher restrictions on India will be up for review on May 15.

Nearly 1,000 students test positive in one week at Durham University