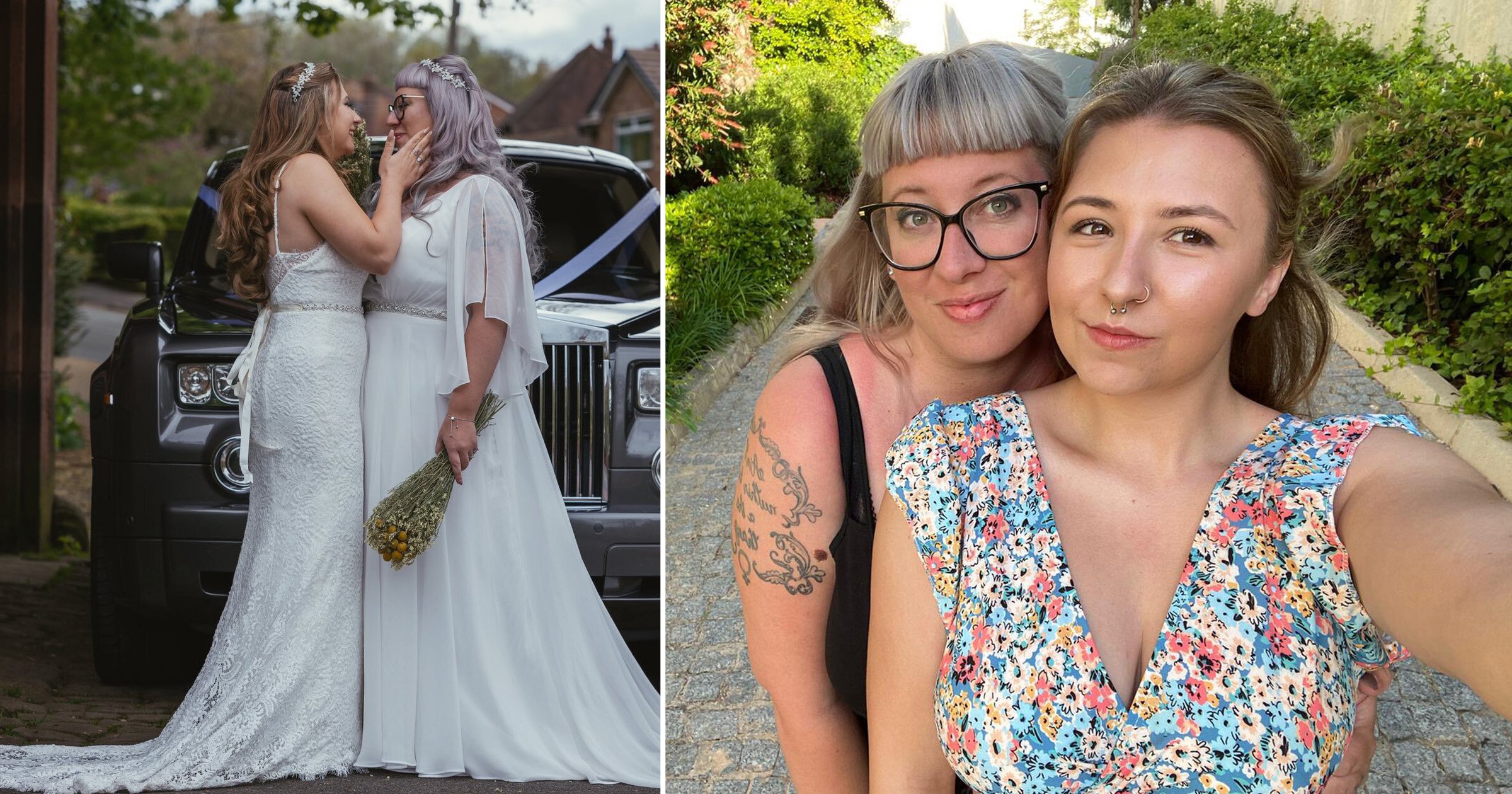 In a post about lesbian visibility to her 40,000 followers, she shared pictures of her kissing and on holiday with wife Jaimi, whom she married in May.

She replied: ‘Never in a million years you f***** creep’, for which she was prevented from posting for 24 hours for breaking Facebook’s community standards on harassment and bullying.

She told Metro.co.uk: ‘Men can send me what they like and when I report them, nothing is ever done.

‘But they report me for telling them to fuck off and I’m banned instantly. It’s disgusting.’

She added: ‘A few years back, I was banned from Twitter for the same reason. A man tweeted me that he would rape me, so I tweeted back and called him a “coward” and I was banned for 24 hours for “offensive hate speech”.

Last October, Dr Taylor, author of the book Why Women Are Blamed For Everything, got an ‘even more ridiculous’ Facebook ban for a post which broke its standards on hate speech.

She said she had written that ‘rather than us giving out preventative rape advice to women, we should stop men from raping them’.

Women shared their own reasons for getting a Facebook ban.

One said: ‘I once got a 30 day Facebook ban for posting on a man’s wall a blurred-out version of the explicit dick pic he sent me via messenger.’

Sarah Raad said: ‘I was threatened with a ban for losing my cool and using the f word with some prat on a Guardian post comment section who was just being really obnoxious to any woman who didn’t agree with him (funnily enough he was not going after the men who disagreed!).’

Another woman said: ‘I got banned for saying “I’m sorry men can be awful at times” in response to her being groped while singing on stage.’