Several Yorkshire cricket club sponsors have cut or are reviewing ties with the side amid a deepening race row.

David Lloyd Clubs said their relationship with the club was “put on hold a few weeks ago” and would not be reinstated and Yorkshire Tea ended their contract, which was due to end soon, with “immediate effect”.

The Emerald Group, a publishing company based in Bingley also cut ties with the team as political pressure ramps up amid racism allegations by a former player.

They were followed by the Age Partnership who also severed their links to the club. The moves follow Anchor Butter ending their own sponsorship on Tuesday.

Yorkshire County Cricket Club (YCCC) has been accused of “endemic racism” over its handling of allegations from former player Azeem Rafiq.

Rafiq, 30, played for Yorkshire in two spells between 2008 and 2018 and accused them of “institutional racism” over a year ago. Since then, an independent panel assessed the claims on behalf of Yorkshire CCC and it led to an apology being issued to Rafiq but nobody being disciplined.

On Tuesday, Yorkshire’s chairman Roger Hutton was summoned to appear before a parliamentary Digital, Culture, Media and Sport Committee to answer questions over the club’s handling of the allegations.

Rafiq himself has also been invited to the hearing, which is thought to be happening on 16 November.

It comes amid increasing political pressure on the club with leading politicians – including former Labour leader Ed Miliband and shadow chancellor Rachel Reeves – writing to the England and Wales Cricket Board to demand action and Health Secretary Sajid Javid saying “heads should roll”.

Rafiq’s allegations against the club have been in the public domain for over a year but the issue has begun to gather major momentum following revelations by ESPNCricinfo over the contents of an independent report into the matter.

The report upheld that Rafiq had been the victim of “racial harassment and bullying” during his time at the club, but it has since emerged that the panel determined repeated use of the word “P**i” against the spinner was delivered “in the spirit of friendly banter”.

The England and Wales Cricket Board (ECB) is also assessing Yorkshire’s handling of the claims and if it decides to punish the club, sanctions could include temporarily stripping Headingley of its status as a Test match venue.

A statement from the Emerald Group read: “We have today taken the decision to remove our brand association with Yorkshire County Cricket Club and Headingley Stadium.

“We do not tolerate any form of racism or discriminatory behaviour and the damaging effects this has.

“Our intention remains to continue a financial commitment to the stadium itself, which is also the home of Leeds Rhinos rugby, as we believe this supports the aims of diversity and inclusion in sport along with a range of charitable community endeavours.” 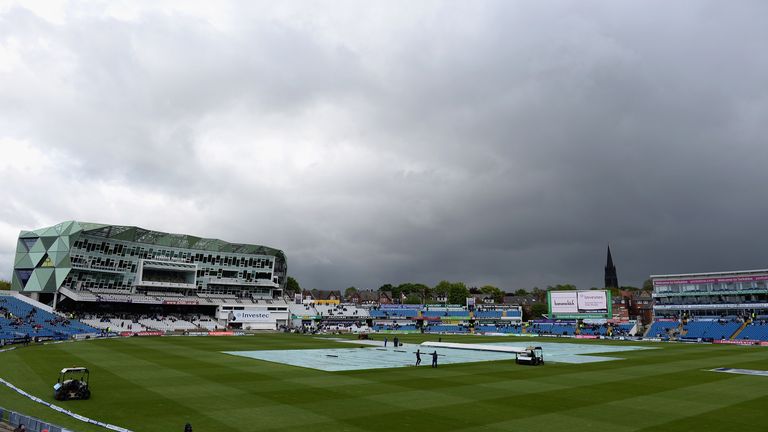 A Yorkshire Tea spokesperson said: “We were upset to read about the experiences of Azeem Rafiq during his time at Yorkshire Country Cricket Club. We wholeheartedly believe that cricket should be a sport for everyone, but his experiences and the way the panel report has been handled don’t reflect that.

“Our current sponsorship of YCCC was naturally coming to an end but we have taken the decision to end it with immediate effect.”

In a statement the Age Partnership said: “Following the findings in relation to the report of racism within Yorkshire County Cricket Club, Age Partnership has ceased its partnership with immediate effect and has written to the club earlier today to inform them. Age Partnership would like to stress that there is no place for racism in society.”

Other companies have said they are looking into their relationship with the club.

Tetley’s beer said they have informed the club of their “intention to not extend” their beer sponsorship with them beyond the end of their current contract, although it is unclear when this is due to end.

Meanwhile, a spokesperson for First Leeds said: “We are concerned at the findings of this independent panel and are clear that we do not tolerate any form of discrimination. We are seeking to speak with the club at the earliest opportunity.”

They were joined by another 34 local cross party MPs, including prominent backbenchers Hilary Benn and Yvette Cooper as well as assistant government whip Andrea Jenkyns.

It read: “We find any suggestion that using the word “P***” is “banter” truly abhorrent, but for the formal investigation to make such a conclusion brings the report and the club into disrepute.

“As such, the report further erodes confidence in YCCC’s commitment to being inclusive to all our communities. We therefore request that the England and Wales Cricket Board (ECB) establish an immediate, comprehensive and independent inquiry into YCCC’s handling of the original allegations and the subsequent investigation.

“We maintain the inquiry must be conducted in a timely and transparent manner, with consequences for both the players responsible, and those board members who have failed to address this blatant racism.

“Cricket is an institution in Yorkshire. No matter who you are or where you come from, everyone should be able to enjoy our beloved game.

“Azeem Rafiq was not afforded the dignity and respect he deserved, it now falls to the ECB to ensure this degrading incident is not repeated. We trust you will treat this matter with the urgency it deserves.”

The ECB only received a full copy of the report in Rafiq’s account last week and has promised a “full regulatory process that is fair to all parties”.

In a statement issued on Tuesday, the ECB said: “We are conscious about the length of time that Azeem has waited for resolution and the toll that must be taking on his well-being and that of his family. We are sorry that, as a sport, this has not yet been resolved.”

Truth about Brexit: Even if Boris nails Brexit deal UK STILL tied to EU until 2020

IS bride Shamima Begum full transcript: ‘I did have a good time there’