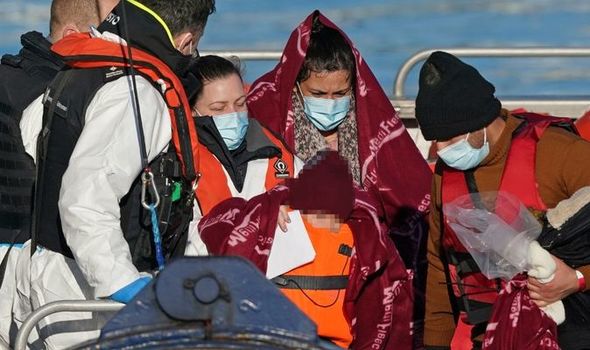 It brings the total number to have crossed the Channel so far this year to 1,052 – a figure not hit until the end of March last year.

At least 25 people were brought into Dover Marina on board the Border Force cutter Speedwell at about 11am yesterday.

Two babies were among the group who arrived, with one seen crying hysterically during the arrival.

And French authorities yesterday rescued 33 migrants who had got into difficulty at sea near Boulogne-sur-Mer, northern France. They were brought back to Calais on French Navy tug Abeille Languedoc and they were then handed to border police.

Tom Pursglove, Minister for Justice and Tackling Illegal Migration, said: “People fleeing persecution should seek safety in the first safe country they reach and not risk their lives paying criminal gangs to cross the Channel.

“This Government is reforming our approach to illegal entry to the UK and asylum by making the tough decisions to end the overt exploitation of our laws.”

REVEALED: The butler who SAVED Queen from Palace intruder