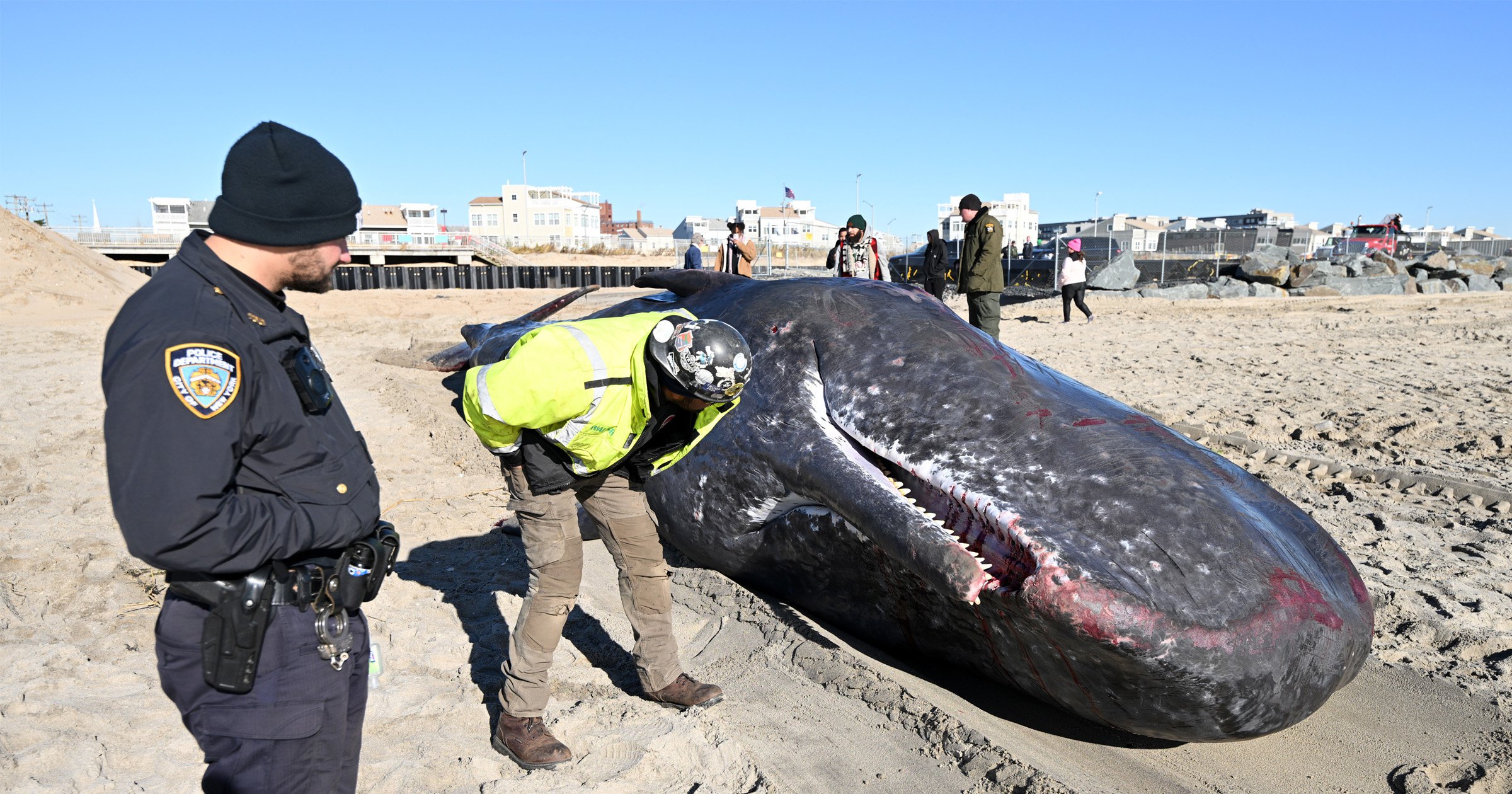 A 30-foot baby sperm whale that washed ashore in New York died after surfers and construction workers tried by failed to rescue it.

The massive mammal was found beached in the Rockaways around 7.30am on Tuesday

‘A couple of my guys were walking out to the field where their work detail is and they came back in and told me there’s a beached whale out there,’ construction site superintendent Anthony Rossitto told the New York Post.

‘It still looked like it was flailing. It was alive.’

The group reported the whale to the Parks Department, the Department of Environmental Conservation and police, and then tried to help the whale.

‘A bunch of surfers were in the area and they jumped in the water and tried to turn it around,’ Rossitto said. ‘But it’s 35-foot. I can only imagine how much it weighs. They just couldn’t get it turned around and get it back out.’

Ukraine’s Ex-President Is Convicted of Treason, as He Watches From Russia