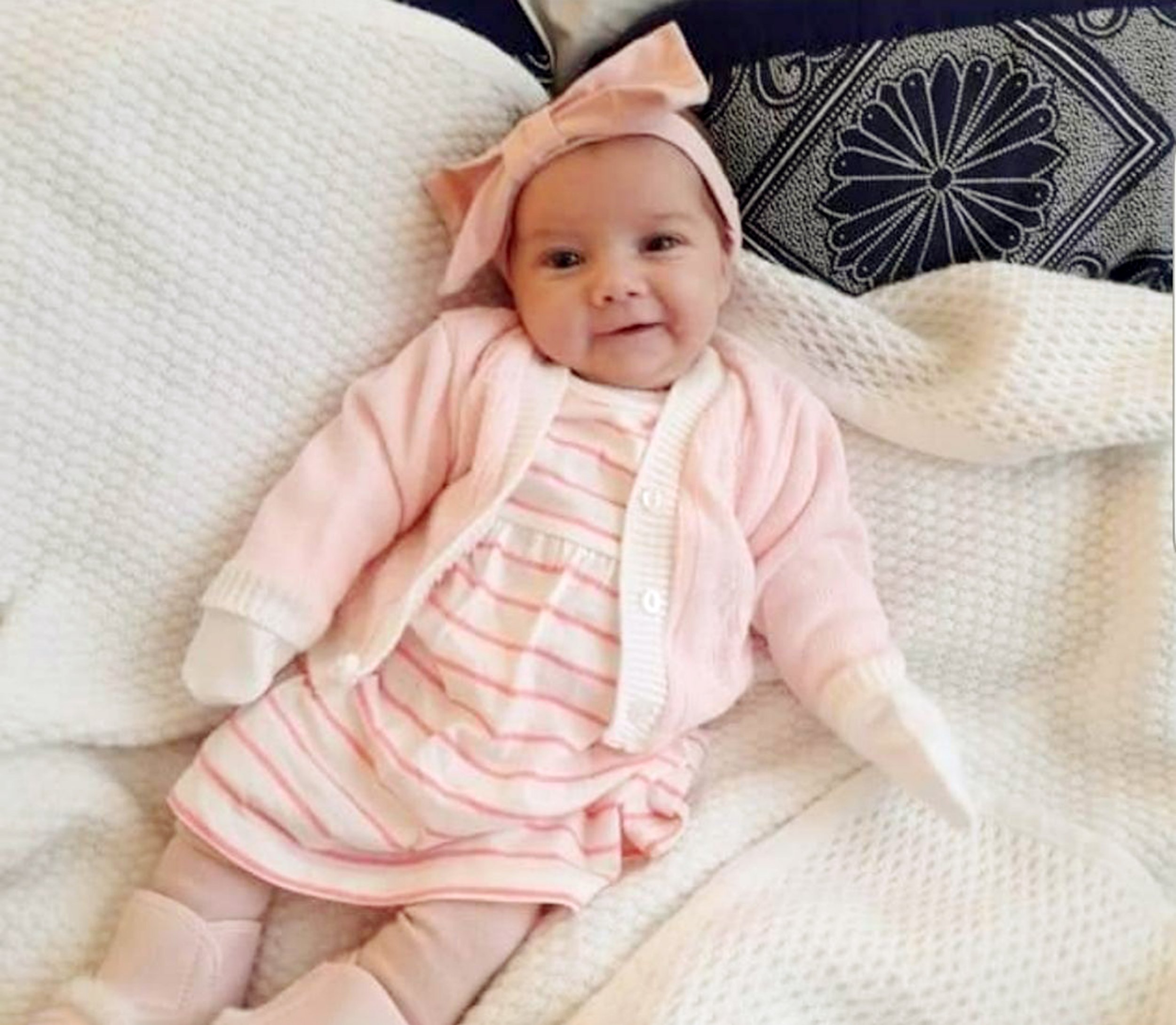 A three-month-old baby was mauled to death by the family rescue dog, an inquest has heard.

Mia O’Connell, from Co. Waterford in Ireland, was dragged out of her cot by the family’s rescue terrier dachshund cross, called Red, in June 2021.

She was found by her aunt Emily Wood ‘who screamed’ when she walked into her niece’s room to see the baby on the floor covered in blood with Red standing over her, the Irish Daily Mail reports.

The inquest heard baby Mia’s parents – Rhys O’Connell and Ella Wood – were ‘ecstatic’ at the birth of their daughter and have been left heartbroken over her death.

Emily said: ‘I could see Mia on the ground in the middle of the room, between the bed and the Moses basket. The dog was standing behind her as he had already done it. There was blood all over the dog’s mouth.

‘My first reaction was to scream out for [Mia’s mum] Ella. I picked Mia up straight away. There was a pink and white muslin cloth on the single bed that I grabbed straight away and put it to the back of the head to stop the bleeding.

‘Mia was wearing a vest and a baby grow when I found her. I can’t remember seeing any tears or rips on her clothes. I just remember the blood on her head and on the floor.’

Ella told the Gardaí: ‘I had never heard her scream like that before. When I got upstairs I could see Emily on the landing, she was holding my baby, my Mia, in her arms.

‘I could see blood down one side of Mia’s face, on the back of her head and on her clothes. I could not fully see the back of Mia’s head as Emily was holding a muslin cloth to her head.

‘Emily said, “it was the dog, it was the dog.” I could see the dog’s face was covered in blood. Noreen started doing CPR. Mia was still bleeding. I was in shock. I froze.’

Family members had expressed concern about the dog, with Ella saying she ‘didn’t like it from the beginning’ and ‘felt uncomfortable with it around the baby’.

The dog was originally rehomed as it had refused to hunt for its previous owner, and has now been destroyed.

But baby Mia’s dad, Rhys O’Connell, said they were not aware the dog had previously been used for hunting.

He said: ‘If I had known that, the dog would never have set foot in the house.’

Heidi O’Connell, another aunt to baby Mia, has urged parents to ‘think carefully’ before bringing a dog into their homes.

She said: ‘The pain is unbearable. I think it will never go away, our hearts are broken forever. We will never get her back.

‘It is still like a nightmare. Full of smiles and full of giggles and she was taken away from us so abruptly and so tragically.

‘This dog was a small terrier. He wasn’t a pitbull or anything like that. There was some concerns but you would never in a million years think that something like this would happen to you or your family.’

Assistant state pathologist, Dr Margaret Bolster, assured Rhys O’Connell that baby Mia would not have felt any pain and she would have died quickly.

Dr Bolster also confirmed Mia died of a traumatic brain injury with haemorrhage and shock from scalp lacerations consistent with an animal attack.

Mia’s aunt Heidi and dad Rhys attended the inquest, but mum Ella was reportedly too upset to also go.

Cork coroner, Philip Comyn, recorded a verdict of misadventure and offered his condolences to Mia’s family and their ‘harrowing’ situation.

He said dogs, while wonderfully beneficial companions, are ‘still animals and can still be unpredictable’ when their position is displaced by a new arrival.