Baroness Hallett, 71, says when she was called to the bar in 1972, the profession “like society” was “extraordinarily misogynistic, ­racist and ­everything else”. The peer, who sat on the 7/7 inquests, told Radio 4’s Desert Island Discs that it has changed hugely since. But looking back at the early days, she said: “I applied for a scholarship and they said: ‘How do we know you are going to make it?

“‘Surely you are going to get married and have babies.’ It was overt.”

And describing sexual harassment, she told host Lauren Laverne: “There was a judge who, when I got an appointment I had been anxious to get and was a feather in my cap, decided he was responsible for getting me the appointment.

“And he made it perfectly plain how I could thank him physically, sexually, which I was very distressed about.”

Baroness Hallett also told how when her first son was around 10 months, another judge called her into his room mid-trial. She said: “He did not like working mothers, he used to start early and finish late.

“He said: ‘You have one sprog so far – it’s time you had another. If you need somebody helping to, he used the F-word, I’m your man.’ 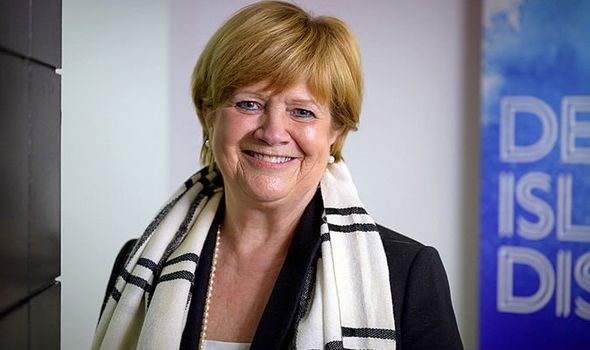 “I wish I had protested more. All I could say was we were terrified it would affect our careers.”

In a career of nearly 50 years Baroness Hallett became the first woman to chair the Bar Council and fifth appointed to the Court of Appeal. She said the experience as coroner in the July 7 London bombing that killed 52 would shape her approach overseeing the forthcoming inquest into the Salisbury Novichok poisoning.

She said: “I could see how you could get swept along in examining systemic failings without remembering there were 52 individuals.”

The peer said a judge told her he dealt with tough situations by digging his nails into his palm.

She said: “On one occasion I came out of the 7/7 hearing and my palms were bleeding.”

● Desert Island Discs is on Radio 4 at 11am today.

Tony Blair voices UNEXPECTED view on Brexit – ‘If you’re going to Leave, do it!’