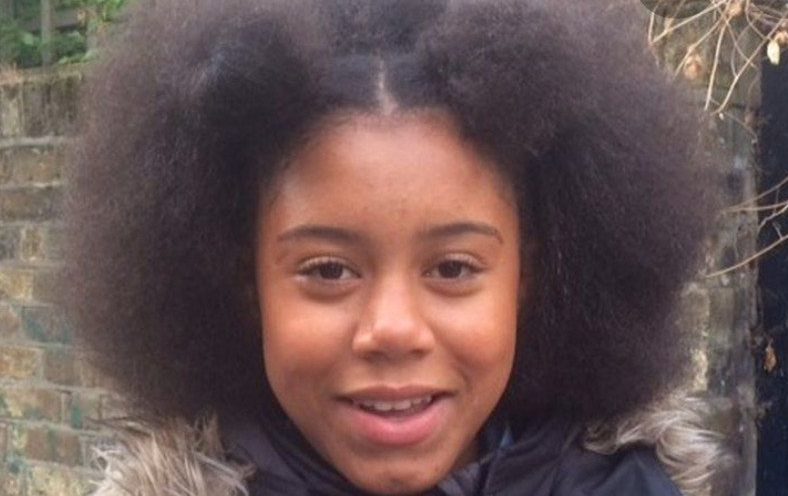 A barrister has been expelled by his chambers after calling a schoolgirl, who was repeatedly sent home because of her Afro hair, a ‘stroppy teenager of colour’.

Jon Holbrook tweeted about Ruby Williams who was awarded £8,500 in a discrimination settlement against Urswick Church of England school in Hackney, east London.

Ruby, now 19, claimed four years ago the school had racially discriminated against her over her naturally Afro-textured hair, which the school said broke its uniform policy.

Retweeting a video about the case, Mr Holbook said: ‘The Equality Act undermines school discipline by empowering the stroppy teenager of colour.’

Ruby’s mum Kate Williams condemned the barrister and said her daughter was challenging institutional racism that affected black students across the country.

‘He knows nothing of her suffering,’ she told The Guardian. ‘It went on for three and a half years before they changed the policy.’

Mr Holbrook was asked to remove the post by his chambers, Cornerstone Barristers, but he refused. On Sunday, the chambers voted to expel Mr Holbrook.

In a statement, it said: ‘Members were clear that statements made on social media by Mr Holbrook were irreconcilable with membership of Cornerstone Barristers.

‘Cornerstone Barristers reiterates its repudiation of the contents of Mr Holbrook’s particularly offensive on January 17 at 9.34am and all that it insinuated.

‘Mr Holbrook’s views have never reflected the views of these chambers. We unequivocally condemn discrimination in all its forms.’

Responding on Twitter, Mr Holbrook said: ‘The woke seek to deploy, not the jackboot of totalitarianism, but the cancel culture of intolerance.

‘In the name of democracy they must not succeed.’

He then shared an article he wrote for The Critic, saying he had an ‘unblemished professional record’ during his 30 years at the bar.

‘The woke mob on Twitter have not succeeded with their attempted cancellation,’ he wrote.

‘Four days before my expulsion I resigned, having concluded that I no longer wanted to practice as a full-time barrister.

‘The attempted cancellation prompted the manner and timing of my resignation, but it was not the underlying cause.

‘The only reason that Chambers proceeded to expel me, despite my resignation, was because the salivating attack dogs wanted some red meat to chew.

‘Chambers was compliant enough to jump to their barking but it made no difference to me – save to enhance my reputation as a free speech advocate.’

Chief Mouser To The Cabinet could be ousted under Boris