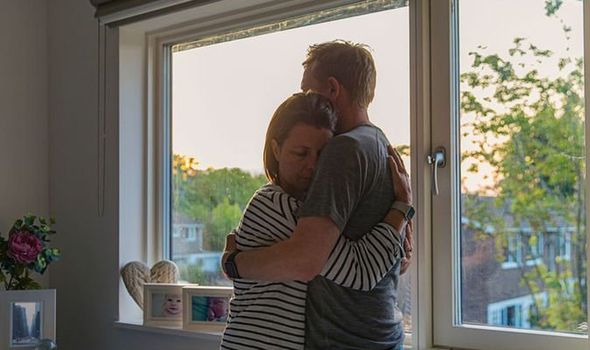 According to the Office for National Statistics, the number of cohabiting couples had increased by 25.8% in a decade to 3.4million in 2018. Perhaps it’s the sheer number of people deciding not to say, ‘I do’ that’s led to all sorts of mistaken beliefs but there seems to be a lot of confusion surrounding the legal status of a surviving partner when a cohabitant dies.

“It is extraordinary how ignorant the public is, and there are a lot of misconceptions as to what the position is regarding cohabiting couples,” says barrister Martin Collier of Fenners Chambers.

The truth is you have no right to inherit anything if you’re not married, and haven’t written a will.

“If I was going to sum it up in one sentence, the most important thing to remember about people who live together who aren’t married is there is no such thing as a common law marriage, at least not since the middle of the 18th century,” notes Collier.

“People really struggle with this one, but it doesn’t matter how long you’ve lived together, in England and Wales, you’re either married legally or you’re not and if you’re not then you’re in a very different position to being legally married, particularly when it comes to things like wills and inheritance and so forth.”

If you choose not to get married, then making a will is the next best thing as it provides an opportunity to set out very clearly your wishes when one of you dies.

“It doesn’t necessarily stop there being disputes and arguments later, but it makes it so much easier for the one who’s left behind,’ explains Collier, who recognises people have all sorts of reasons for not wanting to walk down the aisle.

“And that’s up to them, but if the other party’s going to be left high and dry when someone dies, then it seems to me to be irresponsible not to make a will. It will cost you a few hundred pounds, but it will cost you an awful lot more to deal with it afterward.

“You’re basically writing a blank cheque to the lawyers if you don’t deal with these matters while you’re still alive and able to talk to your partner about it, and work out what the sensible way forward is.”

A common reason for people not writing a will is that it means facing up to their own mortality, as well as potentially contentious topics.

“I was once discussing this very subject with a friend of mine and he didn’t want to make a will because he thought if he made a will, it would mean he was going to die,” recalls Collier.

“I said to him, ‘Well, I’ve got news for you, chum, you are going to die, I can guarantee that’. And yes, maybe it means addressing things in your mind you don’t want to think about, but you’ve got to think about it.

FRisk is a wakeup call for the millions of people with no will or protection in place for their own death.
FRisk is a FREE intuitive app that produces a FRisk Score confirming the level of risk your family and loved ones face were you to die without effective planning in place.
Use Frisk to find out your own personal FRisk Score including: What would happen to your children?
Who’s entitled to your estate? Who can bring claims? How much tax would you pay? What about your pets and your digital estate? Plus much more.
Get your FREE FRisk Score now by clicking here.

“We’re all mortal, and all sorts of things can happen, so the last thing you want is, if something terrible does happen, is for there to be an almighty hoo-ha about the practical things like the home you’re living in and how you’re going to live in the future. If you’re cohabiting, then you really have to address that seriously.”

Very often, there are adults and children from a previous relationship, which is also something to consider.

“If you make a will, talk to a solicitor, or reputable will writer, about these issues as there are ways to make sure you can make sure your cohabitant is properly provided for and your children get something as well.

“Those are difficult decisions you have to make, but at least it’s you making those decisions rather than something arbitrary outside your control,” says Collier, who stresses that the issue of a surviving spouse is important to note.

“There are people of course who live together who aren’t yet divorced from an earlier marriage and then the surviving widow or widower from a legal marriage can come in and do really rather well out of it [the death]. It’s a bit of a minefield, so the answer, and I go back to it again, is make a will.

“Your circumstances might change at any time and it’s not a good idea to leave it to the law to sort out because almost certainly what the law comes up with as a solution is not what you would’ve wanted.”

Collier notes that there are provisions for children aged under 18 of cohabiting couples.

“The court can make orders to protect their interests and make sure a house or capital is preserved for them out of the estate. That doesn’t help the surviving partner when the eldest child is of age, but it is more of a safety net for children, for understandable reasons,” he says.

It’s also possible for the surviving cohabitant to make a claim for ‘reasonable maintenance’ against the estate if they’d been living in the same household for at least two years before the death.

“Reasonable maintenance is all very well but it’s not what most people consider to be fair and proper. The court might say the person doesn’t need maintenance and can live perfectly adequately on what they have.

“Also, there’s ample scope for argument as to when people actually started living together, so again it’s very much second best to the real solution which is to make a will.”

It’s possible things might change in the future, but that, says Collier, is a matter of politics.

“There’s a move to give greater rights to cohabitants in some circles and I suspect the pressure will carry on being made to make it easier for cohabiting couples to have a similar status to married couples. So there may be changes, but whether that’s a good idea or not is a matter for politicians.”