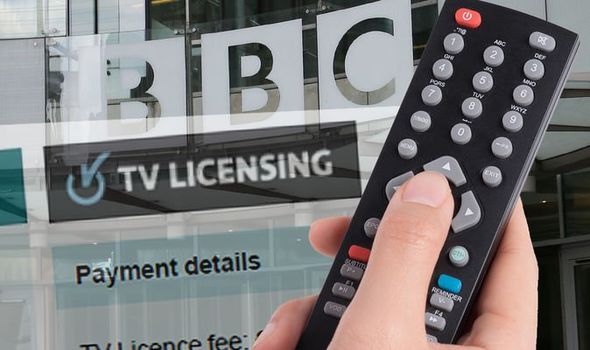 Director Dennis Reed said he believes direct action is the only way to make corporation executives take notice. He said that the new director general Tim Davie showed a shocking “lack of compassion” to the plight of older viewers now being forced to pay the £157.50 fee during discussions on the impact the decision is having on vulnerable people.

Mr Reed had called for extra help for pensioners struggling to afford the extra cost and exemptions for people paying care costs as well as blue badge holders.

He said: “I was shocked by the lack of compassion shown by Tim Davie towards the plight of hundreds of thousands of poorer senior citizens, who will struggle to pay the licence fee, even as many will be forced to self-isolate or shield and rely on their television for company and public information.

“At the very least I expected the BBC to come forward with their own proposals to protect the most vulnerable during the pandemic.

“Instead the BBC will be using its army of enforcers to harass older people and add further stress to our worries about our health and our families.

“We now have no alternative but to call on all older people to rally round our campaign to force the BBC to discuss solutions with the Government, who are responsible for defunding the free licence.”

The results of the ballot of more than 3,000 Silver Voices members will be declared next week.

Only older viewers on Pension Credits are eligible for a free licence after the BBC imposed the fee on the over-75s in August.

Leading campaigner Lord Foulkes said: “I share the disappointment of Silver Voices and understand their frustration.

“If the BBC and the Government think this issue is over they are mistaken. The campaign will continue and intensify.”

The Government has launched a consultation on decriminalisation of non-payment of the TV licence.

Culture Secretary Oliver Dowden said there were “major challenges” around the issue.

“I am concerned that we do not send a signal that it’s acceptable not to pay your TV licence.

“I’d be concerned around sending signals around non-payment. I also think there are wider questions around the funding of the BBC from 2022 to 2027 and we have to consider those points as well. “

A BBC spokesman said: “We are happy to engage and work constructively with anyone on over 75s licences. This situation was not down to the BBC, but a solution had to be found and a tough decision had to be taken. We have done all we can – including the biggest consultation in BBC history – to make this process as fair and straightforward as possible and we continue to implement these changes with the greatest care.”