Culture Secretary Oliver Dowden has demanded the corporation answer his questions as talks to determine how much public funding the BBC and Welsh language channel S4C receive formally open. Mr Dowden warned the “world has changed, and every broadcaster needs to change with it”.

Writing for the Daily Telegraph, he said: “As negotiations over the level of the next licence fee kick off, I have formally written to the BBC asking them for answers to six key questions.

“Those include: how will it make savings, including around talent pay levels? How will the next licence-fee level affect the vulnerable, the elderly, and those on the lowest incomes? And how will it use its global might to fly the flag for Britain?”

Mr Dowden told the BBC it was time for it to “start thinking about what it does next”. 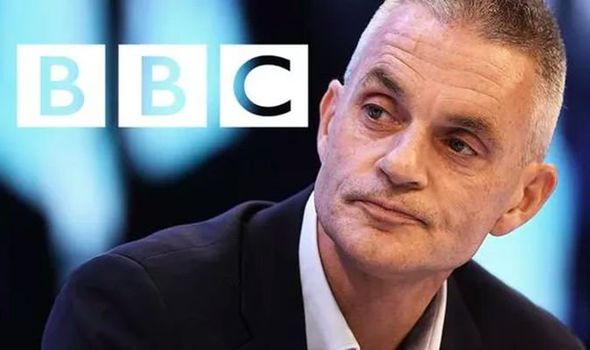 He added: “The BBC is just one piece of a bigger puzzle. The world has changed, and every broadcaster needs to change with it.

“We’ve got to get this right. Public service broadcasting has already lived, adapted and thrived through a hundred years of history.

“It’s time to start thinking about what it does next.”

Mr Dowden’s demands come as negotiations over the cost of the television licence fee from 2022 have formally begun.

He has asked the BBC to set out its financial needs to inform his assessment of the licence’s pricing, as well as its plans to maximise commercial revenues and continue to deliver savings.

Mr Dowden said: “Public service broadcasting is woven into the cultural fabric of the UK, but to remain relevant and meet people’s needs in the digital age it must evolve.

“We are today taking a step forward in our roadmap for reform of the BBC and beginning negotiations to agree the cost of a TV licence from 2022 so that it offers fee payers the best value for money.”

The Government expects the television licence fee settlement process to be concluded by autumn next year before coming into force on April 1 2022.

A BBC spokesman said the “past few months have served as a powerful reminder of just how much the BBC matters locally, nationally and globally”.

The statement said the BBC is “committed to delivering great value” and “will continue to innovate, adapt and lead change”.

It added: “Our programmes and services have never been more relevant, important or necessary.

“We welcome the Government’s commitment to conducting an open and transparent process.

“We look forward to working with Government to secure the right funding settlement for the BBC and its audiences.”

The BBC sparked fury earlier this year over the decision to axe free TV licences for millions of over-75s.

The free licences for over-75s had been due to end on June 1 but this was delayed by the coronavirus pandemic.

However, from August 1, viewers aged 75-plus, who currently qualify for a free TV licence, now pay £157.50 unless they get Pension Credit.