Boris Johnson announced a Brexit deal has finally been reached with Brussels earlier on Thursday. BBC host Andrew Neil claimed a “lot now hangs” on whether Boris Johnson can persuade the EU to back him on one particular issue. Speaking on BBC’s Politics Live, Mr Neil said: “It would seem that a lot now hangs on whether Mr Johnson can get the EU to side with him now in saying ‘is this deal or no deal?’”

“A Cabinet Minister told me at conference that this was the plan, the plan was to use the squeeze to do this.”

Referring to Iain Duncan Smith, she continued: “But as Iain suggested earlier, would it then incentivise those who don’t want a deal.

“Some people who actually think it’s neater to leave without a deal, to actually vote against it for that reason.” 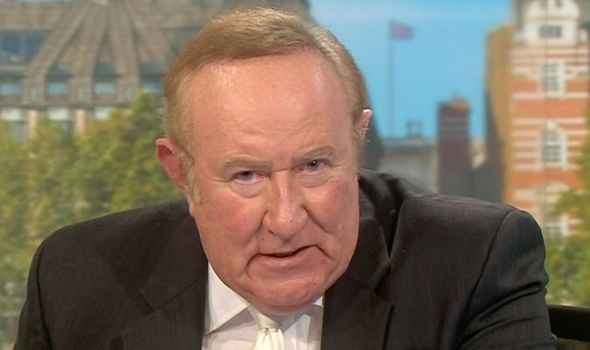 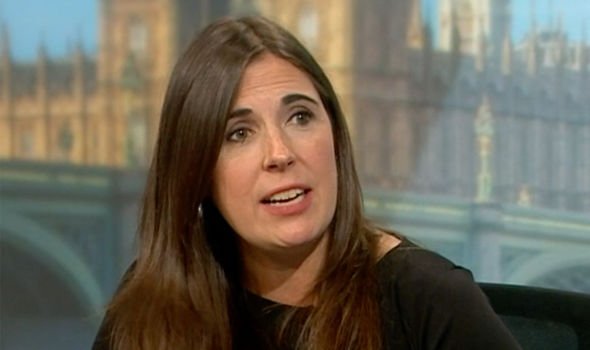 The Prime Minister now faces an uphill struggle to get the last-minute Brexit deal he struck with the EU through the Commons.

Key Tory ally, the DUP, stood firm over its objections to the Government’s Brexit stance.

With the Commons expected to sit on Saturday to go over the deal, the first weekend session of Parliament for 37 years, the DUP insisted it still could not yet back the Government’s EU withdrawal plans.

The stance of the DUP is important because the party wields influence over some hardline Tory Brexiteers and Mr Johnson is far short of a majority in Parliament. 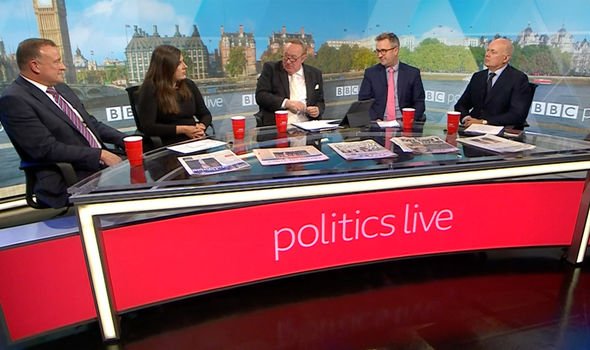 Earlier on Thursday, Irish Taoiseach Leo Varadkar said: “As things stand we have a draft agreement between the European Union on one the hand and the British Government on the other.

“I think it is a good agreement. It allows the United Kingdom to leave the European Union in an orderly fashion with a transition period which is very important for businesses and citizens across the European Union and also in the UK.

“And also creates a unique solution for Northern Ireland recognising the unique history and geography of Northern Ireland, one that ensures no hard border between north and south, one which allows the all-Ireland economy to continue to develop and one which protects the European single market and our place in it. 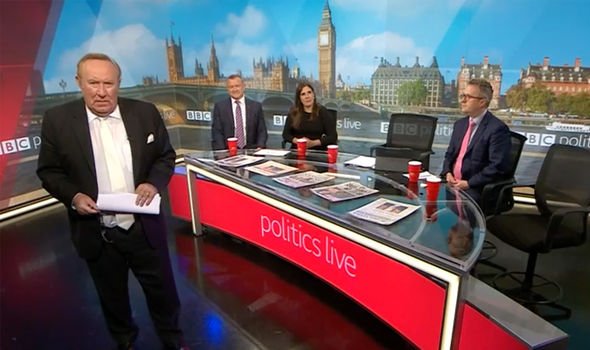 “So I will be in a position to recommend to the European Council today that the agreement be endorsed.”

Incoming European Commission President Ursula von der Leyen welcomed the agreed Brexit deal, claiming she was happy about the results of negotiations but sad to see the UK leave the bloc.

She admitted her Commission will be fully immersed in the negotiations with the UK over the future relationship with the Brussels bloc and claimed “Brexit is the beginning” of new cooperation.

She said: “I will be busy with Brexit, of course, with my Commission. Because Brexit is not the end of something, Brexit is the beginning.

“It’s the starting point of our future relationship and I want close cooperation with our neighbour the United Kingdom, our friends. So we will be busy in my Commission with that topic too.”

Mr Johnson also hailed a “great new deal” – but the DUP hit back and stood by its earlier statement, in which it said it could not back the proposals as they stood as a result of matters relating to customs and VAT.