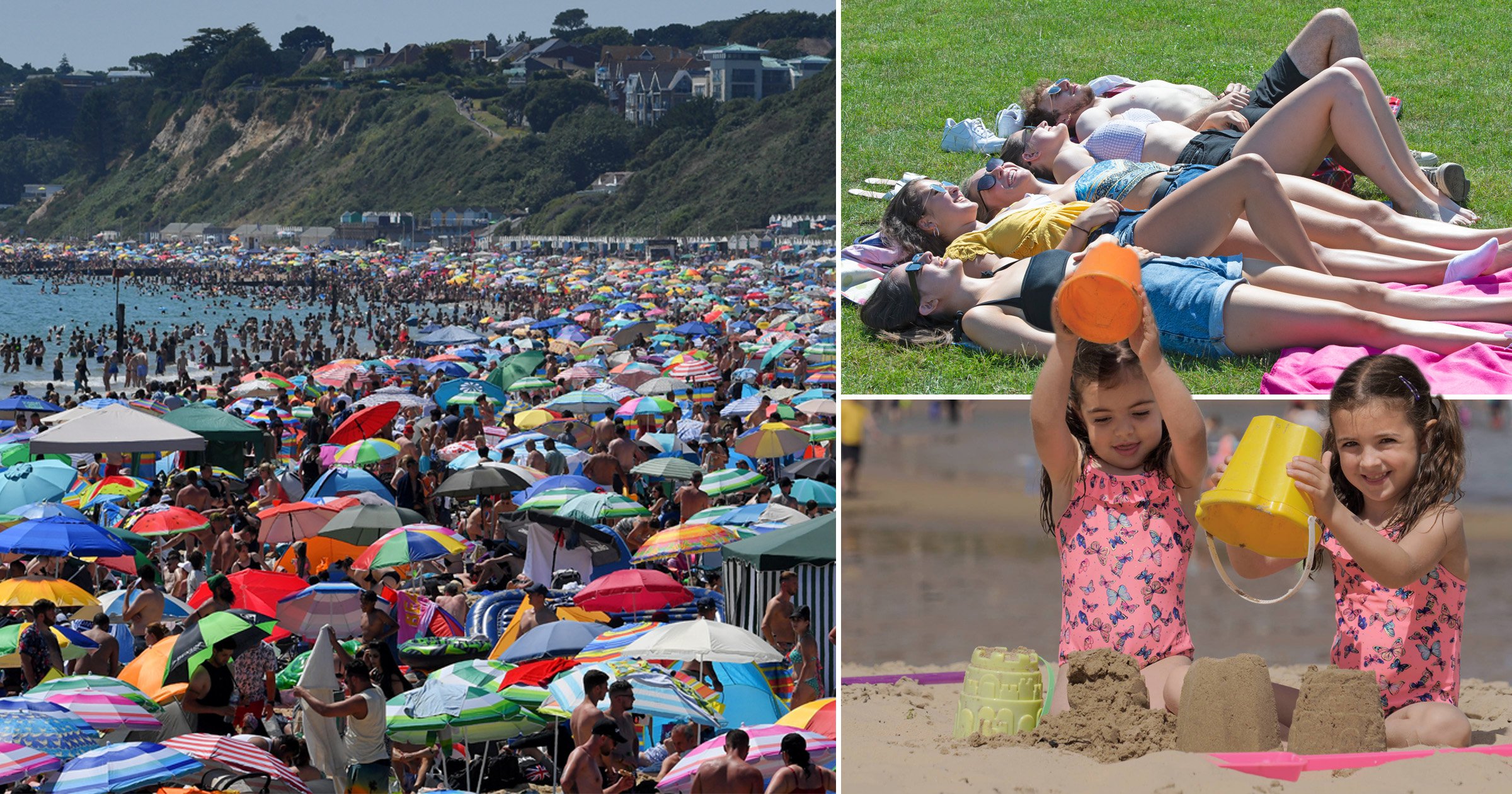 Sun-lovers have been packing beaches and parks today as the July heatwave continues to send temperatures soaring.

The mercury hit 31C in London this afternoon a day after the hottest temperature of the year so far was recorded.

The previous hottest had been 29.7C recorded at Teddington in south west London on June 14 but it was smashed yesterday.

It remains to be seen if meteorologists officially declare today the hottest day of the year so far but either way, it’s been a stunning day for millions.

Temperatures have been pushing 30C across the south and pretty much everywhere has had its share of the good weather, although it’s been cloudier and cooler further north.

It’s forecast to keep getting hotter tonight in London, with temperatures expected to top out at 32C later this afternoon.

The Met Office are forecasting a warm, muggy night in the south but it’s expected to cloud over in parts of the north and east with some drizzle possible.

The barmy weather looks set to continue into next week – but maybe pack an umbrella too.

It’s predicted to be very hot throughout the week in most places, with some cloud further north, but there’ll be a chance of isolated heavy showers dotted around England.

And make the most of the rest of the heat while you can because it looks like next weekend might be very different.

The high pressure which has been sitting over the country and keeping things warm and dry is expected to drift away and be replaced by wetter conditions.

Thunderstorms are expected to hit the South West on Friday morning before ‘spreading erratically’ towards the North East.

It will still feel very warm for some down south but increasingly humid and conditions will stay cooler in the north.

Low cloud, mist and sea fog can all be expected towards the end of the month for northern areas as temperatures start heading back to the seasonal average.