Harry and Eugenie together on the Buckingham Palace balcony in 2018

Royal commentator Richard Fitzwilliams said the York sister’s “good relations” with the Duke and Duchess of Sussex was “beneficial to the Monarchy”. Mr Fitzwilliams said it was a “relief” for the Royal Family that the “healing of rifts” would be done “quietly” by Princess Beatrice and Princess Eugenie.

He told Express.co.uk: “I suspect the York sisters’ good relations with Harry and Meghan are very beneficial to the monarchy.

“It is perhaps a relief that we don’t know any details, but the healing of rifts is best done quietly.”

Princess Eugenie is thought to share a close bond with her cousin Prince Harry after she visited him in California last year and the pair attended the Super Bowl together. 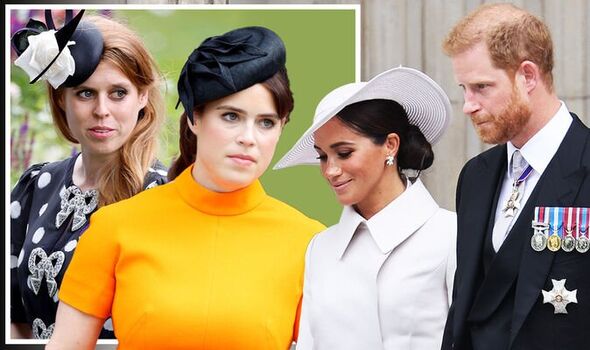 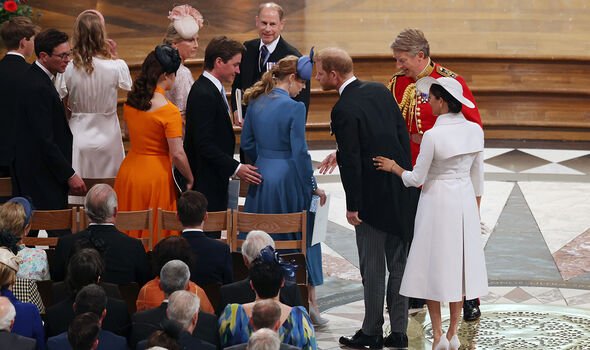 Prince Harry was also spotted sharing a joke with Princess Beatrice and Princess Eugenie at a St Paul’s Cathedral thanksgiving service for the Queen to mark her Platinum Jubilee back in June.

The duke was seen laughing with Eugenie’s husband Jack Brooksbank in the pews for his first visit back to the UK with his wife Meghan Markle since their sensational decision to quit the Firm.

In a sweet tribute, the Queen’s granddaughter then shared the photo of her cousin beaming alongside her husband in the pews before the service got underway on her Instagram account. 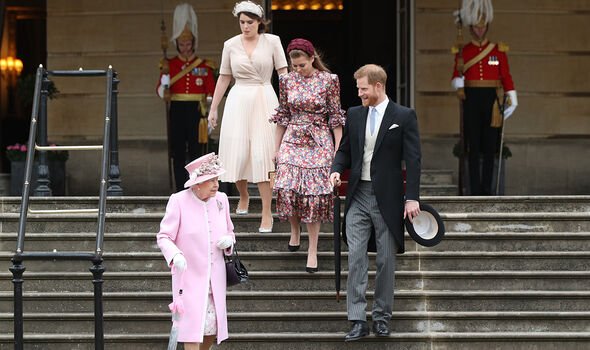 He said: “A tremendous amount of work went on behind the scenes that we don’t know about.

“Princess Eugenie, who gets on with them, very likely was involved in that.” 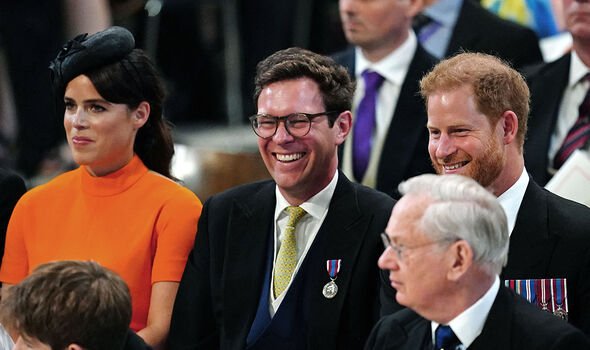 Highlighting their close relationship, Princess Eugenie has been living at Frogmore Cottage – the home of Meghan and Harry – with her husband and baby son August since 2020.

Eugenie and Mr Brooksbank have been raising their one-year-old son there since Harry and Meghan made the sensational decision to step back from royal duties and move to America in 2020.

The Duke and Duchess of Sussex previously moved into Frogmore Cottage in April 2019, shortly before their son Archie Harrison was born. 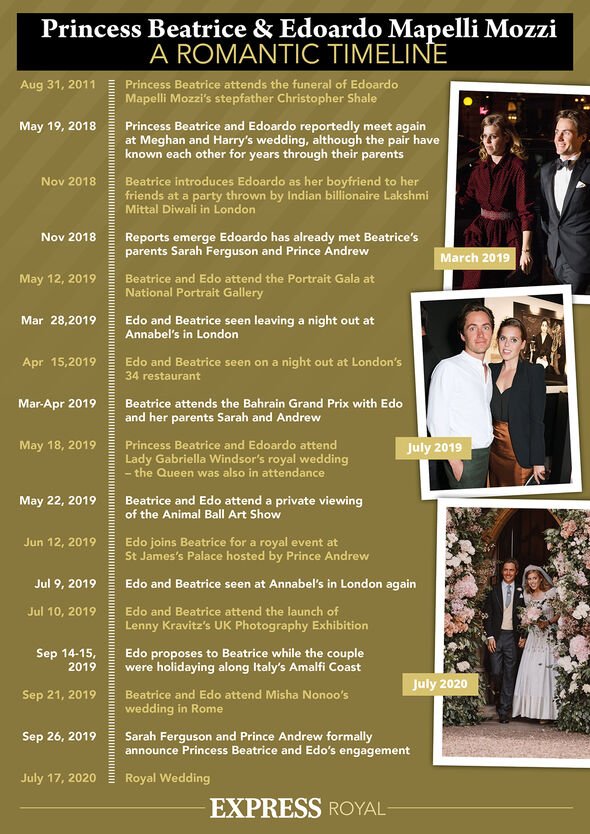 They kept the property as their UK base after their decision to step back from royal duties and move to North America in 2020.

The home underwent extensive renovation works before the pair moved in. 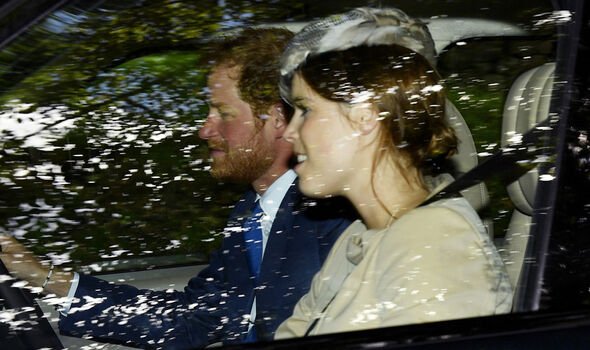 Relations between the Firm and Sussexes have been fraught since the couple made the bombshell announcement they were stepping down from their senior royal roles to move to the US.

The couple have since undertaken controversial television interviews where they have opened up about tensions with the royals.