Harry’s strained relationship with his brother Prince William and his father Prince Charles has been in the spotlight ever since he and Meghan left the Firm last year. Relations are thought to have worsened after he claimed both were “trapped” in the monarchy last month when speaking to Oprah Winfrey. However, it’s not clear just how much the last few years have affected Harry’s bond with other members of the Royal Family, including his cousins Princesses Beatrice and Eugenie.

A source claimed the Duke of Sussex contacted Charles, William, Beatrice and Eugenie before Philip’s funeral to “park” any disputes between them out of respect for the late royal stalwart.

Harry’s relationship with the York sisters is often overlooked amid his royal exit drama, but correspondent Camilla Tominey alleged that Beatrice and Eugenie have actually struggled with the Sussexes before, behind the scenes.

According to Ms Tominey the Sussexes appeared to take aim at the sisters in a “sharply-worded update” on their personal website, sussexroyal.com, last year.

Explaining how they had been prohibited from adopting a half-in-half-out role in the monarchy, Harry and Meghan noted that there was a precedent for “other titled members of the Royal Family to seek employment outside of the institution”.

Ms Tominey said this was a subtle dig at the York sisters; Beatrice works with a tech start-up while Eugenie is a director at an art gallery, but neither have lost use of the HRH status, unlike Harry and Meghan. 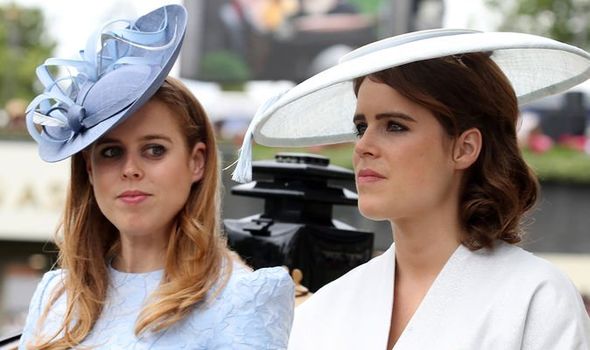 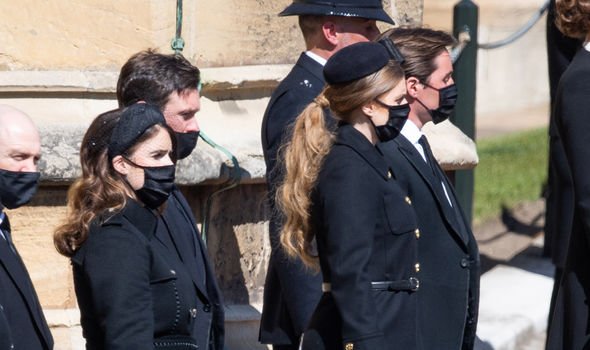 However, while the Sussexes pushed back against the decision to remove their security protection last year, Eugenie and Beatrice have never publicly addressed the 2011 move from the Palace which saw them lose their own 24-hour protection in a cost-cutting exercise.

Ms Tominey wrote: “The thinly-veiled criticism of the cousins has shocked royal watchers — not least because Harry had previously been very close to the York sisters.”

Eugenie was reportedly “hurt” when Meghan also overshadowed her wedding day back in October 2018, by telling the Royal Family she and Harry were expecting their first child.

The bride and her husband Jack Brooksbank were allegedly then further “put out” when Harry attended the black-tie evening reception on his own, and only stayed for one drink.

One friend told Ms Tominey: “It’s fair to say the relationship is not what it was.”

Another problem emerged when Beatrice began planning her wedding last year, too.

Before the pandemic forced the royal to cancel the original ceremony — arranged for last May — it was not clear if the Sussexes would even attend.

A source told The Telegraph: “Of course Harry and Meghan will be invited but it is up to them whether or not they choose to attend.” 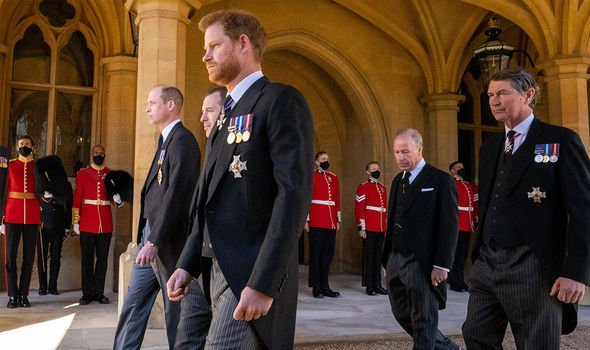 Beatrice ended up marrying in secret, in a low-key ceremony last July — it is not known if the Sussexes were invited, but it seems unlikely they would fly across from California to attend the occasion.

One of the sisters’ friends said: “The trouble with Harry and Meghan is that they think they are bigger than the institution. It’s such a shame things have turned out like this.”

Ms Tominey also claimed that the Sussexes’ decision not to include Eugenie and Beatrice’s mother Sarah Ferguson on the guestlist for the evening reception of their 2018 wedding left the York sisters upset.

She alleged that this decision “came amid hurtful rumours that her nephew secretly suspected that she had been responsible for leaking the story of his relationship with the American actress back in October 2016”, although Fergie strenuously denies this claim.

The Sussexes’ bond with the sisters reportedly became even more strained after their father Prince Andrew’s ‘car-crash’ interview with Newsnight in 2019, which triggered his early retirement.

In the aftermath of the interview, Harry even told YouTube pranksters in a leaked phone call that the Duke of York was “completely separate to me and my wife”. 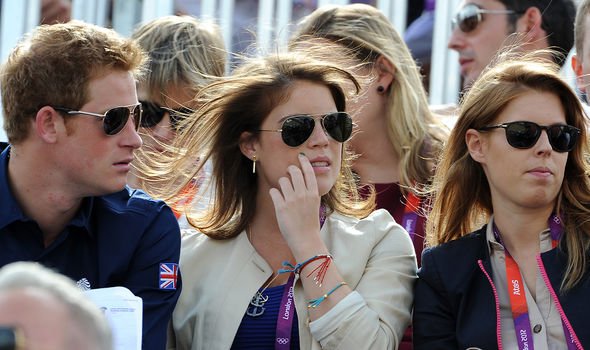 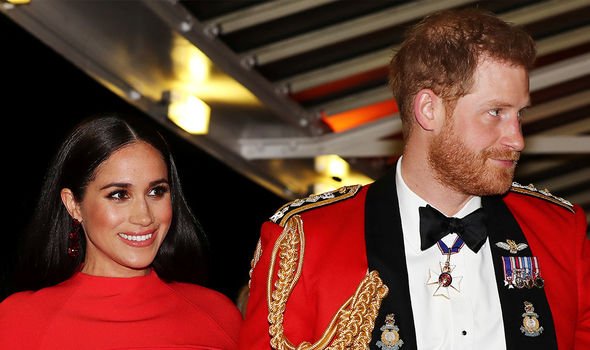 In an apparent snub to all of the royals, he added: “We operate in a way of inclusivity and we are focusing on community. And so we are completely separate from the majority of my family.”

Eugenie is said to have been close to Harry for years, with the young royal always turning to his cousin for advice about his love life.

It was alleged that Eugenie was the first royal to meet Meghan as Harry’s girlfriend, although last month, Meghan told Oprah Winfrey: “Eugenie and I had known each other before I knew Harry, so that was comfortable.”

Harry’s relationship with Eugenie also seemed to be heading in a positive direction after he and Meghan lent their UK property, Frogmore Cottage, to the younger York sister on a permanent basis.

The Duke of Sussex is thought to have isolated there with his cousin in the run-up to Philip’s funeral after touching back down in Britain last week.

Some reports suggest Harry might even have met Eugenie’s newborn son, August, during his days in quarantine. 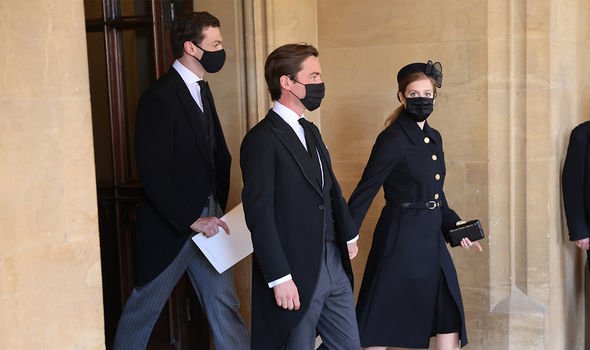 Eugenie is also the main royal to have maintained regular contact with Meghan over the last year, as the two women bonded over falling pregnant at a similar time.

However, the Sussexes’ rift with the rest of the family is thought to still run deep.

It is not clear what Harry’s relationship with Beatrice is like at the moment.

Royal watchers were particularly hoping Harry would reconcile with William at Philip’s funeral.

The two brothers allegedly tried to thrash their differences after the ceremony with Prince Charles, but it’s said that there is still a long way to go before they become close again.