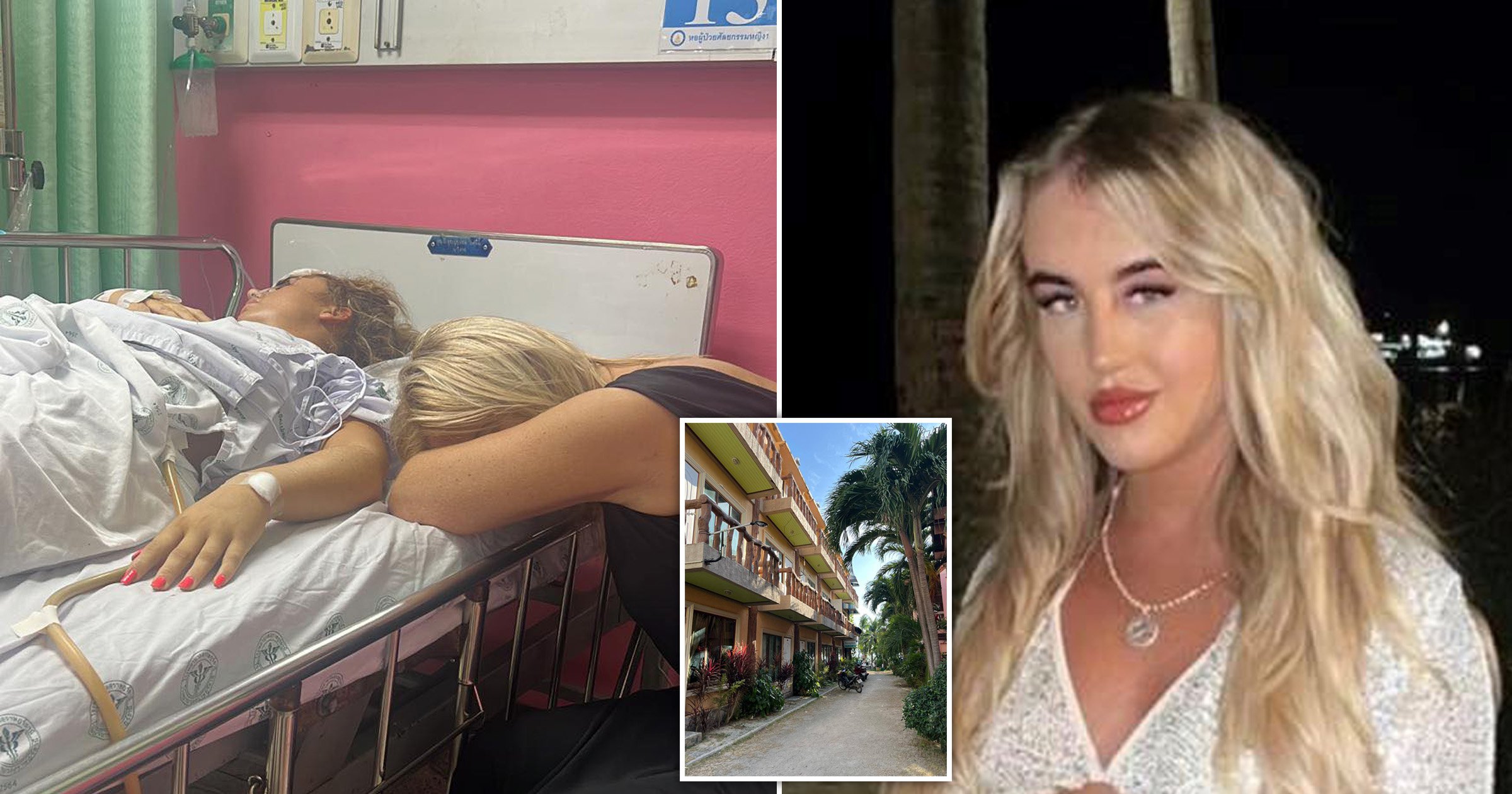 A beautician who plunged from a balcony in Thailand has had metal rods inserted in her spine as she battles to recover in hospital.

Maddi Neale-Shankster, 21, has undergone major surgery after suffering fractures in her back and two punctured lungs.

Her family has been told by medics that she may never walk again after falling from the second floor of the apartment at a resort on the south-eastern party island of Ko Pha-Ngan.

Her mum, Karen Moseley-Neale, and dad, Jamie Shankster, have flown to Thailand to be by Maddi’s side as she begins a second week in hospital, where she has needed drains to remove blood and fluid from her lungs.

Karen, from Coventry, told Metro.co.uk that the surgery was the start of a long road to recovery, with the family facing a bill of up to £100,000 to bring the stricken holidaymaker back to the UK safely.

‘Maddi’s surgery went well and we are all very positive that once she is back in the UK she will have the rehabilitation she needs,’ she said.

‘We are keeping our fingers crossed that we will be able to travel back within a fortnight once her condition has improved. 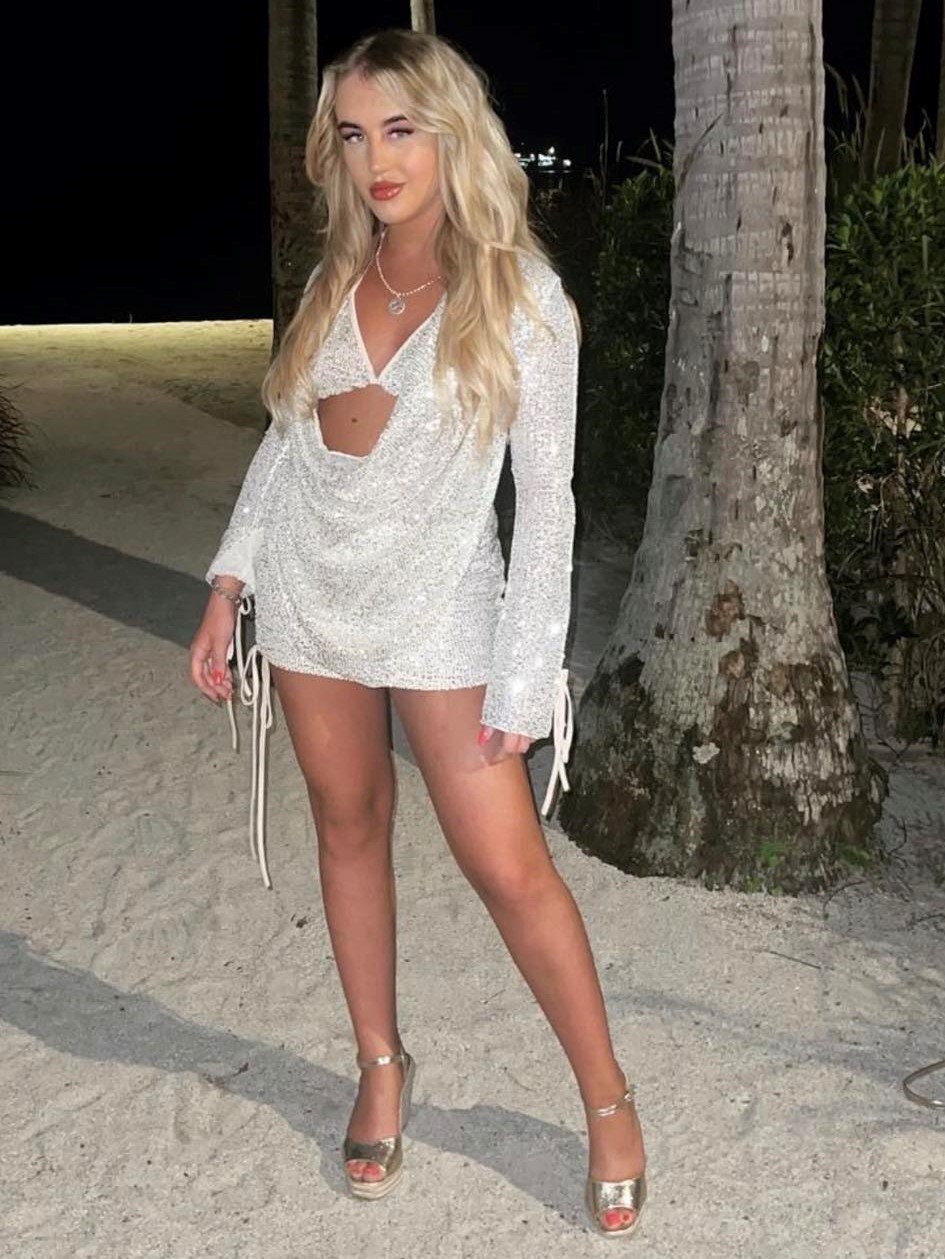 ‘Maddi has also got several fractured ribs, which doesn’t help her comfort, but every day she is better than the day before, which is amazing to see. She is doing everything she can to get herself back to normal and to go home.

‘We know there are many obstacles along the way but with the massive outpouring of love and support we’ve had we know can get through this.’

Maddi, also from Coventry, had been in Thailand on a three-week trip with her partner, and had seen in new year on the island, which is famous for its full moon parties. 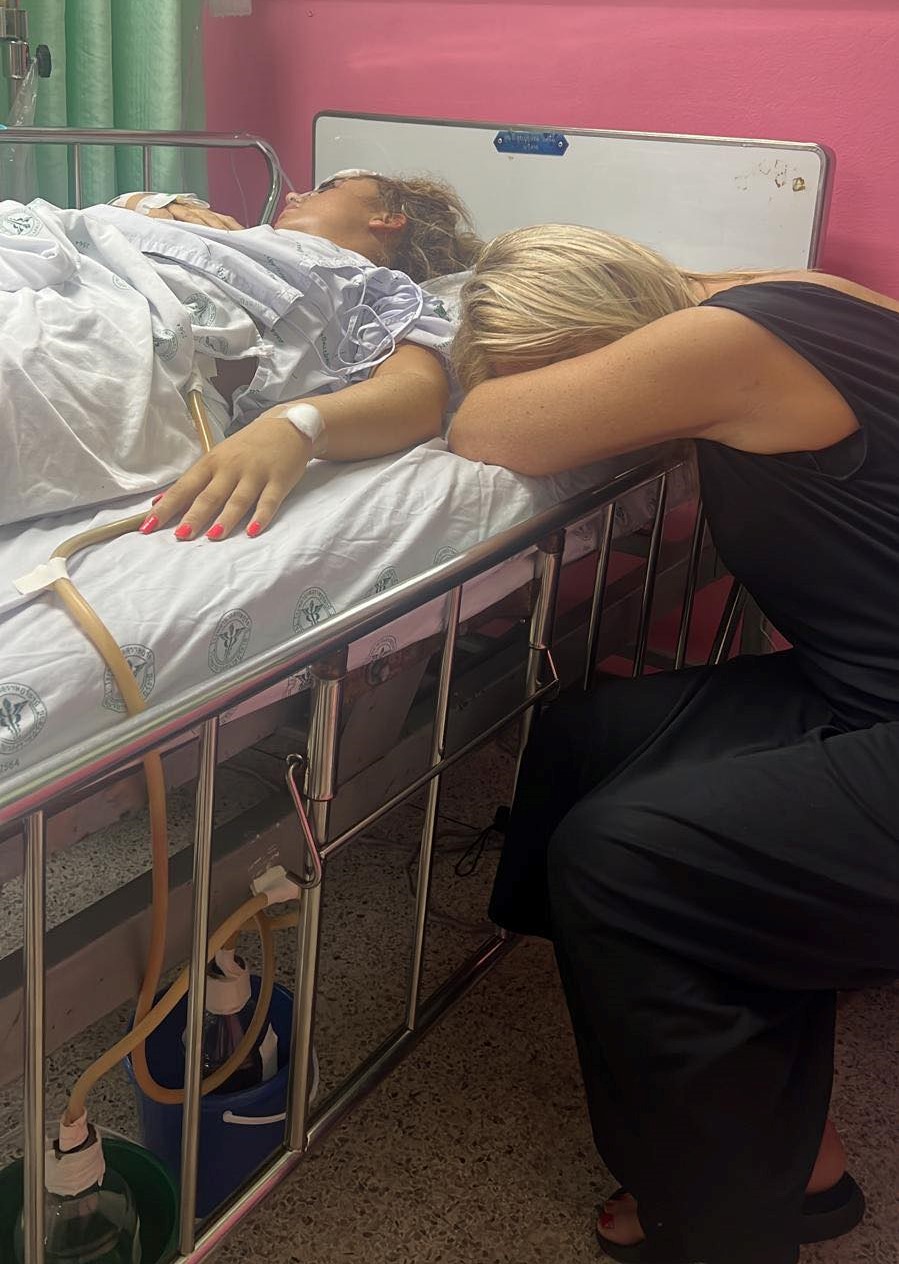 She fell from the balcony in the early hours of January 1 in circumstances which remain unclear, as she only remembers fragments of what happened.

Maddi started off in hospital on Ko Pha-Ngan before a three-hour boat journey and then an hour by road to another hospital on the mainland.

Her parents have launched a GoFundMe page after it transpired that their daughter does not have adequate travel insurance to cover a medical repatriation to the UK. 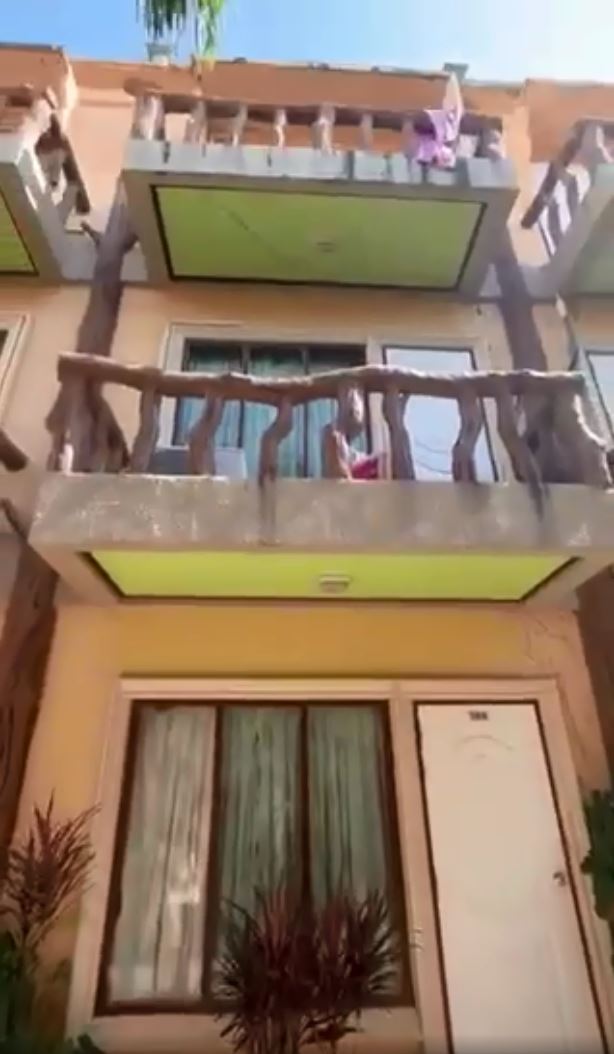 Karen, who runs The Venue beauty salon in Coventry, told Metro.co.uk: ‘Maddi thinks she went out to the balcony for a cigarette while her partner was asleep and the rest is history.

‘She doesn’t remember anything but somersaulting through the air screaming. After the fall she was left on the floor helpless for 40 minutes until an ambulance finally arrived.

‘Her next memory is being in the ambulance.’

Karen, 50, flew to Thailand as soon as she heard about the fall and has been by her daughter’s side in hospital.

‘Her right lung is back to fully working and she has had the drain removed and the drain from her back operation has also been removed,’ she said.

‘Now we just have the left drain to come out.’

Maddi works independently from her mum and had been planning to set up in her own premises this year. The new year’s break was meant to be a dream trip before she forged ahead with her future plans.

The family has been advised that the repatriation could cost up to £100,000, with the treatment costs mounting daily.

The appeal reads: ‘Our beautiful daughter Maddi sadly may never walk again after a devastating fall from a 60ft balcony whilst on her dream holiday in Thailand.

‘Since the fall we are now coping with the realisation that potentially she may never walk again. After the fall Maddi was left on the floor for 40 minutes helpless until an ambulance finally arrived.

‘As a family we are absolutely devastated to learn that Maddi didn’t have the adequate travel insurance to cover repatriation.

‘What vibrant 21-year-old would think to read the terms and conditions?

‘We’ve flown out to Thailand and met with the doctors and the British Embassy, we have been advised that medical evacuation could cost up to 100k and treatment costs are mounting daily.

‘We have already paid for her operations, treatments and medication up to date and will continue to do so but our biggest concern now is bringing her home. Her lungs aren’t stable enough to fly without ICD [intercostal drains] on both sides, but to fly with drains requires a repatriation team to fly over with all necessary medical equipment and fly her home safely.’

Karen said that the family has been told that without the team, Maddi will not be able to fly home for a year.

The appeal continues: ‘This is not an option, every single minute here is time taken away from her rehabilitation at home and the chance to get the right help to encourage walking again.

‘To put it in black and white – ICD drains require a whole medical team at a high cost but no ICD drains means we can’t fly home for 12 months.’

The family is well-known in Coventry through the independent salon and has been inundated with messages of support from well-wishers.

The appeal had already raised more than £44,000 towards the £100,000 goal within hours of being launched this morning.

Karen said: ‘Maddi’s dad arrived in Thailand the day after me after having to make several stop-offs on the way and he also knows it’s going to be a long road to recovery.

‘But we are united in giving Maddi the love, care and support she needs to get back to health and back to the UK, and we thank everyone for their continued support.’

A spokesperson for the Foreign, Commonwealth and Development Office said: “We are providing assistance to the family of a British woman who has been hospitalised in Thailand.’